Source: PTI
January 19, 2011 22:09 IST
The Dubai police have arrested three Indians for allegedly raping a four-year-old Indian girl in a school bus and they may face the death punishment if found guilty. The driver, who has been accused of sexually assaulting a Modern High School pupil before dropping her off at her home, allegedly lured the girl to the backseat of the bus by offering her chocolate.

According to the police, all the suspects are Indians, Gulf News reported. Dubai Police said that the suspects had confessed to the crime, after which the case was referred to the public prosecutor to press charges.

The law of Dubai stipulates that a suspect who rapes a male or a female could face a death punishment. If the victim is less than 14 years, then the act would be considered forcible.

Two more men, both employees of the same school, are also in police custody for allegedly sexually assaulting the child. According to the public prosecution, the three men abused the girl while she was asleep on the school bus on her way back home.

"My daughter told the police that the driver offered her a chocolate and asked her to go to the back seat of the bus before he started touching her," the Indian mother of the girl told Gulf News on Tuesday.

"She may not have been fully conscious but I believe she might have been half conscious since she remembers the incident."

According to the parents, the child was sexually assaulted on November 11, the day before her school closed for a 10-day break.

Although the parents realised a few days later that their daughter had been subject to assault, they reported the crime on January 11.

Dubai's attorney general has ordered Chief Prosecutor al Shamsi and prosecutor al Attar to hasten the investigation process and follow up on the outcome of technical reports before taking a decision in the case.

Chief Prosecutor al Shamsi said, "We will be waiting for the results of the forensic laboratory's report which will help in specifying whether the girl was raped or molested. This is a technical matter and the reports are vital in such cases."

The Consulate General of India in Dubai Sanjay Verma said that the consulate has received a number of phone calls from the community, who wanted to show solidarity with the family and to know ways to avoid such incidents.

"It is shocking. There is anger and anxiety in the community on this issue," he said.

Source: PTI© Copyright 2021 PTI. All rights reserved. Republication or redistribution of PTI content, including by framing or similar means, is expressly prohibited without the prior written consent.
Related News: Consulate General of India in Dubai Sanjay Verma, Dubai Police, al Shamsi, Gulf News
SHARE THIS STORY
Print this article
Gulf News reporter on flotilla to be deported
One held in connection with Dubai blaze 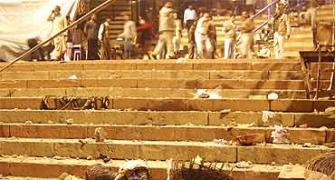