Threat to human rights is highest in police stations: CJI

The threat to human rights is the highest in police stations as custodial torture and other police atrocities still prevail in India and even the privileged are "not spared third-degree treatment", Chief Justice of India N V Ramana said on Sunday while batting for a nationwide effort for the "sensitisation of police officers”. 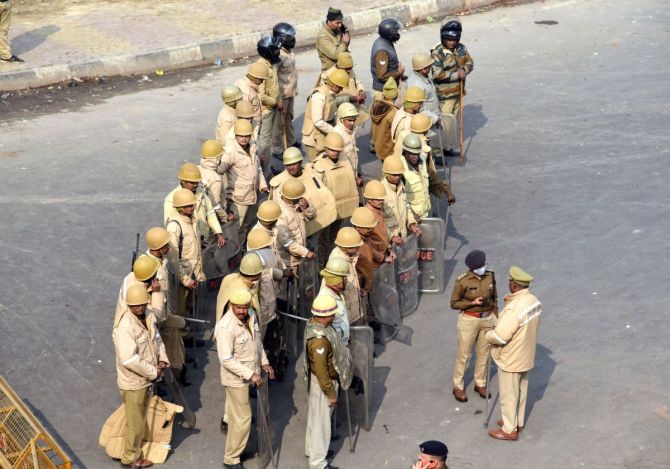 The CJI, who is also the Patron-in-Chief of NALSA, said that to keep police excesses in check, dissemination of information about the constitutional right to legal aid and availability of free legal aid services is necessary.

“The installation of display boards and outdoor hoardings in every police station/prison is a step in this direction,” he said, adding that “NALSA must also actively carry out nationwide sensitisation of police officers.”

He was speaking at the launch of a legal service mobile application and the vision and mission statement of NALSA at Vigyan Bhavan in New Delhi.

The mobile App will help poor and needy people in applying for legal aid and seek victim compensation.

NALSA was constituted under the Legal Services Authorities Act, 1987 to provide free legal services to the weaker sections of the society and to organise Lok Adalats for amicable settlement of disputes.

Terming the project “Access to Justice” as an “unending mission”, the CJI said that for becoming a society governed by the rule of law, it was necessary to “bridge the gap of accessibility to justice between the highly privileged and the most vulnerable”.

“If, as an institution, the judiciary wants to garner the faith of the citizens, we have to make everyone feel assured that we exist for them. For the longest time, the vulnerable population has lived outside the system of justice,” he said.

The past should not determine the future and all should work to bring equality, Justice Ramana stressed.

“The threat to human rights and bodily integrity are the highest in police stations. Custodial torture and other police atrocities are problems that still prevail in our society. In spite of constitutional declarations and guarantees, the lack of effective legal representation at the police stations is a huge detriment to arrested/detained persons.

“The decisions taken in these early hours will later determine the ability of the accused to defend himself. Going by the recent reports even the privileged are not spared third-degree treatment,” the CJI said.

Stressing the need for bridging the gap of accessibility to justice between the highly privileged and the most vulnerable, the CJI said for all times to come, we must remember that, the realities of socio-economic diversity which prevail in our nation, cannot ever be a reason for denial of rights".

“Let our past not determine our future. Let us dream of a future based on legal mobility, a future where equality is a reality. That is why the project 'Access to Justice' is an unending mission,” he said.

Furthermore, he stated that dissemination of information about the constitutional right to legal aid and availability of free legal aid services “is necessary to keep police excesses in check.”

Besides this, he said that the prevailing obstacles like internet connectivity and lengthy, painstaking and expensive justice processes add to the woes of realising the goals of “access to justice” in India.

“Majority of those who do not have access to justice are from rural and remote areas which suffer from lack of connectivity. I have already written to the government emphasising the need to bridge the digital divide on a priority basis,” the CJI said, referring to the digital divide between the rural and the urban populace.

He suggested that the postal network can be utilised to spread awareness regarding the availability of free legal aid services and to increase the outreach of legal services to persons residing in far-flung areas of the country.

The CJI asked lawyers, especially seniors, to help those needing legal assistance and urged the media to use its “unparalleled capacity to spread the message of service” of NALSA.

Concurring with Ramana, Justice U U Lalit said that besides spreading awareness about legal services through post offices and police stations, Bar Councils and law colleges can also be roped in.

“We are impressing upon Bar Councils and law colleges and they must adopt one or two talukas around them so that students can be given practical training to be part of a large contingent of para-volunteers,” Justice Lalit added. 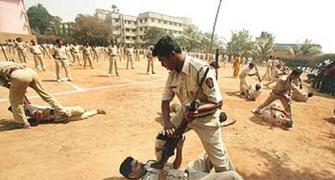 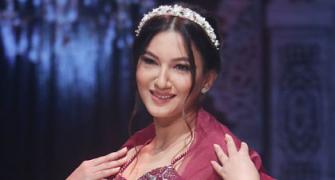 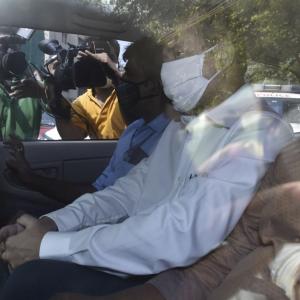 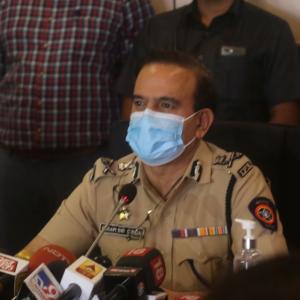