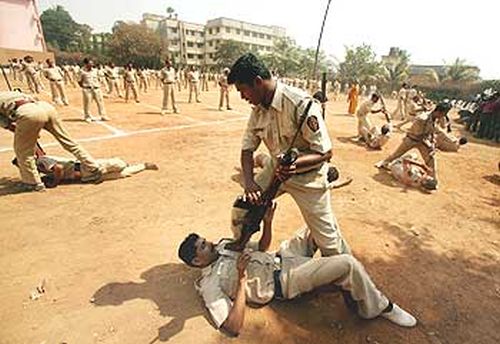 In an interview with Rediff.com's Priyanka, former DGP Prakash Singh, talks about the issues that thwart independent police functioning. "We are trying to bring about a systematic change in its functioning," he says.

Former director general of police, Prakash Singh, has been working to bring about reforms in police force for almost 15 years. He filed a public interest litigation in the Supreme Court, and in a judgement in September 2006, the Supreme Court had directed the states to implement seven directives. The Justice Verma Commission supported these recommendations in its report.

"Urgent reform is needed in order for India to attain a standard of policing which is based upon a positive and co-operative relationship between civil society and the police service," the report stated.

The seven Supreme Court directives included setting up a State Security Commission, initiating a process to separate investigation and law and order functions of the police, and setting up a panel for individually looking into complaints against senior officers (Police Complaint Authority) and another for looking into selection of police chiefs.

But even years after the Supreme Court judgement many states are yet to comply with the orders.

You had filed a PIL in the Supreme Court in 1996. What prompted you to do so?

It was frustration. After being in service for 35 years you realise that as long as the existing system prevails, you can't do what you want to do. You want to follow the right path, but are pushed around, and when you refuse to be pushed around, you are thrown out.

Times are worse now. If the political establishment finds that you are inconvenient to them, you are not only dislodged and dumped, but are also chased and harassed.

These are the declining standards of politics and values in our lives. The threshold to tolerate a good officer in the political class is very low.

'Difficult to swear by the Constitution and live up to it' 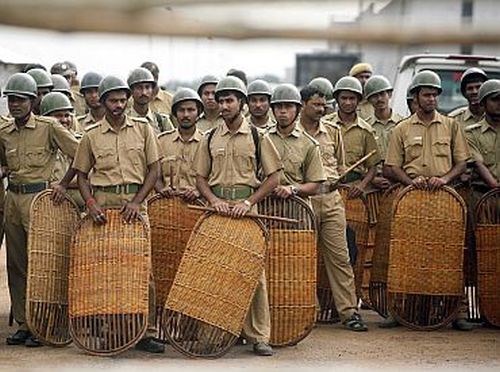 But we, citizens, want to see morally upright officers.

You want them, but the majority of you don't understand the constraints under which the police have to function. Indian police officers are among the most qualified officers in the country; the top brains join the force, and many of them nurture expectations to do good.

But once you join, you realise how difficult it is to follow the right path and uphold the law. It is very difficult to swear by the Constitution and live up to it.

What are the factors that disrupt independent functioning of police?

The constraints arise out of the Police Act and the wrong priorities it ascribes to. The Police Act was formulated in 1861, in the wake of that revolt of 1857 that rattled the British empire. They understood that they needed a police force which would be at their beck and call. The police force was designed to strengthen the imperial authority. It was not meant to be an instrument for service to the people, it was meant to be an instrument to uphold the British empire in India.

In fact, if you go through the minutes of the meetings before the formulation of the act of 1861, you will find it mention of setting a police which would be 'politically useful'.

Also, there is lot interference in the day-to-day functioning of the police. Ideally, the state should lay down broad policy guidelines, and let the police work function with autonomy.

Why did we not change the Police Act after independence?

We were blessed with an enlightened political leadership and an equally enthusiastic bureaucracy and police officers in the post-1947 years. They were enthused by the new freedom and the desire to do go good for the country. And hence, there was no clash of interests.

The dividing line emerged in 1975, during the emergency. In fact, the Shah Commission in its report later had clearly stated that the police were used and misused in a manner it was not meant to be. It had also noted that the police must be insulated from outside pressures if such an incident had to be avoided in the future.

With the Emergency, the Shah Commission report and a changing India in the backdrop, the Janta government in 1977, under then Prime Minister Moraji Desai and Home Minister Charan Singh, sought to set up a National Police Commission. It examined functioning of the police and produced eight volumes of reports in 1979-81, which included several recommendations.

However, by this time, Mrs Gandhi was back in power, and the report was considered as one prepared by political opponents. Nothing much changed.

I relied heavily on these recommendations when I filed the PIL in 1996.

'Extraneous pressures on police function need to be removed' 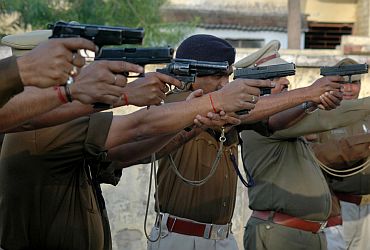 What is your vision for police reforms?

The political leadership is the most important class today, even for the police force. In this pyramid of providing services, the bureaucrats rank second; law of the land (police) takes the third slot, and the senior officers the fourth, respectively. My contention and the purpose of the PIL is that the people of this country should come first, and all laws and bills should be envisioned keeping in mind their requirements.

How can this be brought into practice? How can the police associate with the citizens at the community level?

The extraneous pressures on police function need to be taken out. For instance, when an incident occurs, before going into action the local superintendent of police has to calculate what would be the impact of his actions on the local political establishment. He weighs if they would be interested in police action. The next question is whether they will like it or not. The general belief is that one should do only as much as that will not antagonise or offend the political class, or else you risk losing your job.

Why is a large portion of the police force deployed in the security of political leaders, even when there is no perceived threat to their safety?

There are two reasons. Probably he or she imagines there is threat. Second, there are many chamchas in the government. And the general mindset is that an important person will have police officers all around him. It's a very feudal mindset.

As a part of police reform, you have sought setting up State Security Commission. How will it help?

Our reform proposal and the Supreme Court directives in 2006 stated that a body -- State Security Commission -- should be set up. The idea is to ensure the state government does not interfere in day-to-day functioning. It was to act as a shock-absorbing body.

The composition of the body was very carefully designed, and it sought to have retired high court judges and prominent civil society members on board. But the state governments found a way of diluting it too. They would often appoint their stooges as independent members.

Moreover, many of the state governments passed a state Police Act so that they could avoid compliance to the Supreme Court (as law and order is state subject). And so, something they didn't do in so many years, they did in eight months because if you don't form fresh legislature, you will have to comply with Supreme Court directions.

A few officers say the Bihar Police Act is very regressive; it takes you back to the East India Company days! 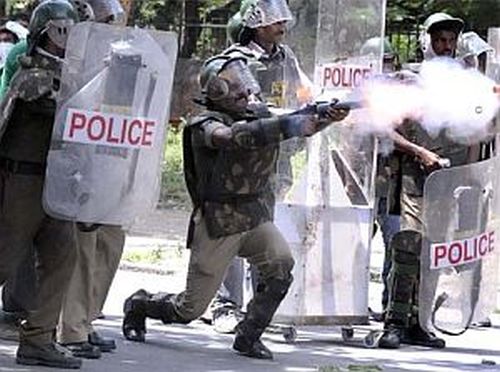 From lack of professional orientation to absence of modern tools, what problems does an investigating officer face?

There are number of issues. First, he is not a dedicated investigating officer. He'll be investigating a case one day, and looking after the security of a dignitary the next. He is a distracted person.

The forensic support is lacking. One needs to wait for three months to three years for a simple DNA test done. Getting results of fingerprint and footprint takes as much time. We need a forensic lab in every district, at least in the bigger metros, to begin with.

You must have heard of police hafta, but I know of many stations in Uttar Pradesh, where the station officers have to make monthly payments to the local MLA just to keep his job.

There is dearth of funds for the police and there have been times when you do have a car, but no petrol; you have a telephone but no funds to pay the bills. How will the police force work? Police infrastructure is non-existent.

But there is corruption in police too. There are false cases, custodial deaths.

The police force is deteriorating and when your morale is down and when you start thinking that there is nobody to listen to you; you tend to do a lot of wrong doings. There is no justification for wrong doings, but when a local MLA asks for hafta, when you are asked to collect money for Mayawati's (former UP chief minister) birthday, then over the years it does have a corrupting effect on the police. It is very vicious cycle.

Do you think the Justice Verma report has rightly dealt with police reforms?

The Justice Verma report has written a lot about the police but it doesn't say that there are 90,000 cases of crimes against women pending in courts across the country. The culprits are not punished. The criminal justice system does not work.

It is hard for the police as people don't know that a police officer investigating a case has to hear a lot from the judiciary as well. They dictate you; they will reject your pleas on bail.

However, the Justice Verma report has also clearly said that you cannot improve the security of women in isolation. You have to ensure security of society as a whole and hence you have to reform the police on a whole lot of issues.

You have also spoken of setting up Police Complaints Authority where complaints against police officers could be voiced. How will this step help in the police reform process?

The existent mechanisms have not really worked and so we thought we should set up an authority to look into cases of serious misconduct against the police officers. A few of the states have implemented it.

'No government can ignore public opinion' 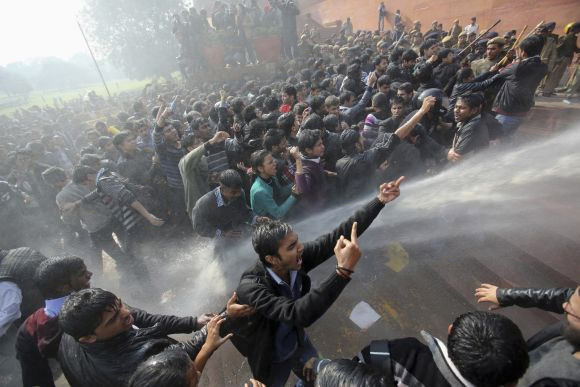 How do you expect the political establishment to agree to police reforms when it is the same establishment that would want the present state to remain as it is beneficial to them?

Of course they are opposing it. But it is the pressure from the people, media and NGOs that will push for police reforms. These three things together should make a difference. I think we are moving in different times where no government can ignore public opinion.

What is your future course of action in ensuring that police reforms are initiated as per the Supreme Court ruling?

Our first priority is that states which have not complied with the Supreme Court ruling should be issued contempt notices. I don't understand why the Supreme Court has done so yet. I am also trying to go to the people and make them understand police reforms and seeking insulation of police functioning from extraneous pressures is for their own benefit.

What is the future of public reforms in our country?

It is a slow process but it is an unstoppable process. The country has a future, and so does police reforms.