The Shiv Sena on Tuesday lashed out at the Maharashtra governor over the hush hush swearing-in ceremony of Chief Minister Devendra Fadnavis, saying while one Bhagat Singh went to the gallows for freedom, the other one "hanged" democracy in the darkness of night. 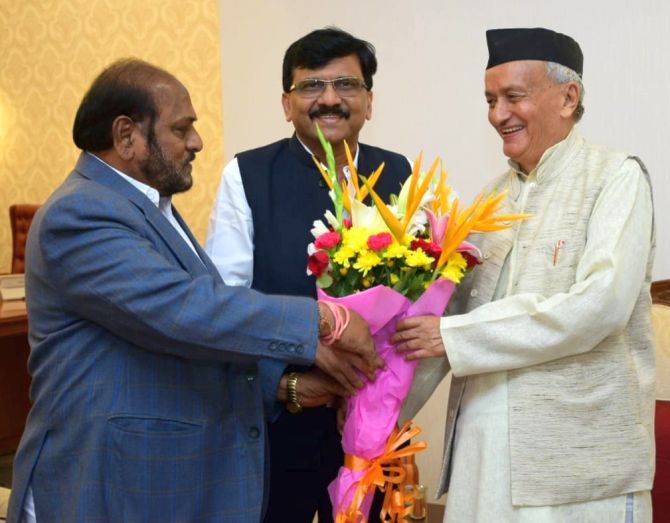 An editorial in Sena mouthpiece Saamana wondered what would be Governor Bhagat Singh Koshyari's stand on the letter of support submitted by the Sena-NCP-Congress for staking claim to form government after the combine paraded "162 MLAs" at a hotel in Mumbai.

In a show of strength ahead of the Supreme Court's ruling on floor test in Maharashtra, the Sena-NCP-Congress combine on Monday paraded '162 MLAs' at a luxury hotel to demonstrate that it has numbers in the 288-member House, where the majority mark is 145.

"When we had given a clear indication that the Sena- NCP-Congress alliance has 162 MLAs, what was the basis on which Governor Koshyari invited Devendra Fadnavis and Ajit Pawar for swearing-in as chief minister and deputy chief minister, respectively, last week?" the Sena asked.

"We are aware of one Bhagat Singh, who went to the gallows for country's freedom, but this another Bhagat Singh hanged democracy and freedom in the midnight with stamp (his signature)," the Marathi publication said.

The Sena also took a dig at NCP leader and deputy chief minister Ajit Pawar, who last week rebelled against his party and supported the BJP to form government in the state.

It pointed out that NCP chief Sharad Pawar left the Congress twice and ran a separate party on his own and survived in politics for more than 50 years.

"Ajit Pawar should have done something like this, instead of stealing some papers and falsely claiming he has the backing of NCP MLAs," the Uddhav Thackeray-led party said.

The moment the BJP "blackmailed" Ajit Pawar in the name of ED probe, he tried to break the political assets of his uncle Sharad Pawar, the Sena alleged.

"He used an old letter to claim that he has the support of NCP MLAs," it said.

"Ajit Pawar himself had said on several occasions that he never lies. The same Pawar is now lying everyday and gave a false letter to the governor to claim the support of his party MLAs," the Marathi daily said.

Anyone having majority can form government, but it should not be done by completely "bulldozing" the Constitution and established norms, otherwise people would lose faith in such institutions, it opined.

"Why has the BJP appointed some people to lure MLAs of other parties? Why one of them is openly saying that some MLAs are available in the market for sale?" the Sena asked without naming anyone.

The Shiv Sena expressed confidence that the 'Maha Vikas Aghadi', the post-poll alliance formed by the Uddhav Thackeray-led party and the NCP and Congress, will prove its majority in the House.

"We can assure people that there is no need to worry anymore, we will prove the majority," it added. 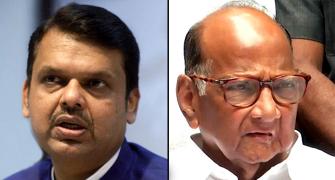 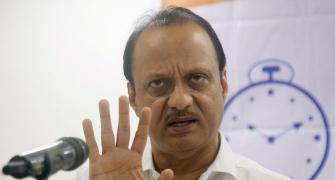 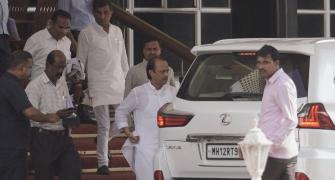 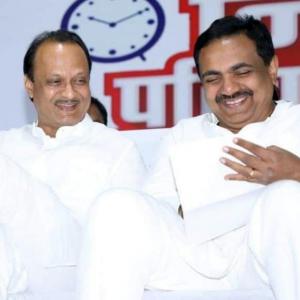 Pawar or Patil: Who is NCP's leader in assembly?