News
Business
Movies
Sports
Cricket
Get Ahead
Money Tips
Shopping
Sign in  |  Create a Rediffmail account
Rediff.com  » News » There will be earthquake if I started speaking: Shinde's warning to Uddhav

There will be earthquake if I started speaking: Shinde's warning to Uddhav

In a veiled warning to Shiv Sena president Uddhav Thackeray, Maharashtra Chief Minister Eknath Shinde on Saturday said there will be an 'earthquake' if he started speaking. "I was witness to what happened with 'Dharmaveer'," said Shinde, referring to Dighe, a fiery Shiv Sena leader and his mentor who died following a road accident in 2002.

Thackeray, who resigned as chief minister in June after Shinde rebelled against him along with majority of Shiv Sena MLAs, have often dubbed the rebels as 'traitors'.

Speaking at a rally at Malegaon, Shinde said he rebelled as he wanted to 'protect Balasaheb Thackeray's legacy'.

"There will be an earthquake if I start giving interviews.....Unlike some people, I never travelled abroad every year for holidays. Shiv Sena and its growth were the only things on my mind," he said.

Without naming Uddhav, he said rebel legislators were being being called traitors.

"What do you call those who compromise with Balasaheb's ideology just to become chief minister?" he asked.

"You fight elections in alliance with Bharatiya Janata Party and then form government with Congress and NCP to become chief minister. Isn't this a betrayal," Shinde further asked.

The Sena faction led by him and BJP would together win 200 out of 288 seats in the next assembly elections, he claimed. 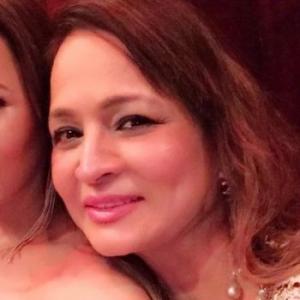