The final toll in the boat tragedy at Thekkady in Kerala reached 45 with the recovery of one more body from the lake on Sunday, as authorities called off search operations saying all the victims had been accounted for.

On the fifth day of search operations by naval divers and others, the body of 20-year-old Abhilash from Hyderabad was pulled out in the morning. The body of his sister 14-year old Apurva was recovered on Saturday. The double-decker boat of the Kerala Tourism Development Corporation had 76 persons on board, including two crew members, when it capsized in the Thekkady lake located in the Periyar Wildlife Sanctuary after cruising for five km on Wednesday.

children. There were no complaints of any more missing persons, officials said, adding that 31 persons survived the tragedy. Almost all of the holidayers who set out for the cruise were visitors from other states including Delhi, Tamil Nadu, Karnataka, West Bengal and Punjab.

Preliminary investigations found that the boat capsized as the steersman suddenly swerved it one side without slowing down when the passengers had moved to the same side to have a better look at wild animals on the banks of the lake. The steersman Victor and sub-crew Aneesh had been suspended. The Kerala government has ordered a judicial probe into the mishap and announced a Rs five lakh solatium each for the next of kin of the victims.
Source: PTI© Copyright 2021 PTI. All rights reserved. Republication or redistribution of PTI content, including by framing or similar means, is expressly prohibited without the prior written consent.
Related News: Kerala Tourism Development Corporation, Victor, Apurva, West Bengal, Delhi
SHARE THIS STORY
Print this article
Top Maoist leader arrested in Delhi 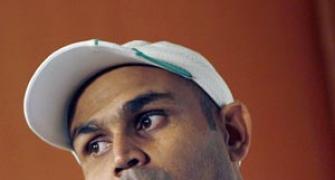