Six terrorists were killed on Thursday in encounters in with security forces in Shopian and Pulwama districts of Jammu and Kashmir while a civilian and a soldier also lost their lives, police said. 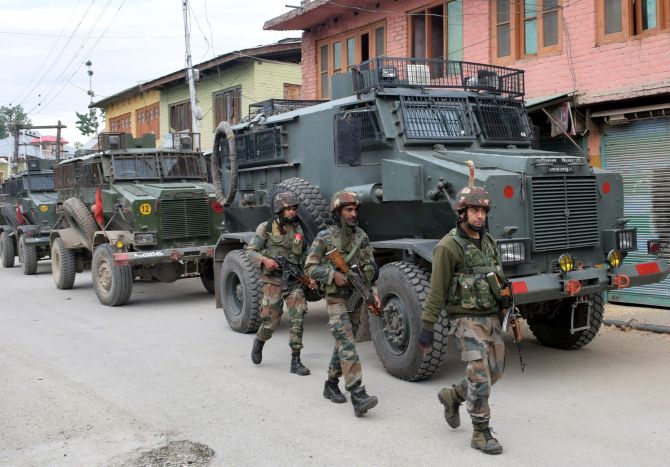 While three Jaish-e-Mohammed terrorists, a civilian and a soldier were killed in the encounter in Pulwama, three terrorists were eliminated during a gun battle with security forces in Shopian district, a police spokesman said.

"On a credible input, a cordon and search operation was launched this morning by police and security forces at Delipora area in district Pulwama," the spokesman said.

He said as the security forces were evacuating the target house, the hiding terrorists started firing indiscriminately.

In the retaliatory action, three terrorists were killed and their bodies were retrieved, he said.

"They were identified as Naseer Pandith of Kareemabad Pulwama, Umar Mir of Shopian and Khalid from Pakistan," he said. 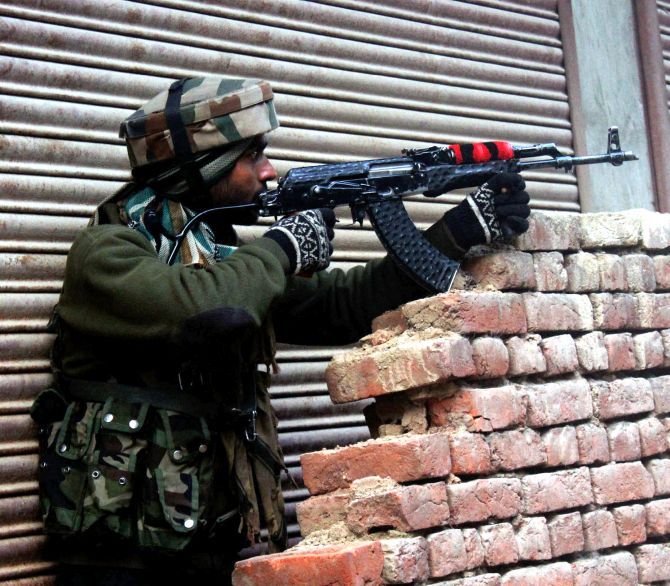 The spokesman said according to the police records, the slain terrorists were affiliated with proscribed terror outfit JeM. They were wanted by law for their complicity in a series of terror crimes including attack on security establishments and civilian atrocities, he added.

"Naseer Pandith had a long history of terror crime records before joining terrorist organization and several terror crime cases were registered against him for planning and executing terror attacks in the area after joining proscribed terror outfit JeM. He was also involved in the killing of a policeman Mohammad Yaqoob Shah of Pulwama in 2018 on the eve of Eid," the spokesman said.

Pandith was also involved in several weapon snatching incidents reported from the area, he said.

He said Khalid, who was operating as a JeM commander, was involved in several terror attacks on security establishments and civilian atrocities in the area.

Incriminating material including arms and ammunition were recovered from the site of encounter. In Shopian, a cordon and search operation was launched by security forces in Handew area following credible inputs about presence of ultras there, the spokesman said.

"During the search operation, the hiding terrorists fired on the search party. In the initial exchange of fire, one army jawan identified as Sepoy Rohit also sustained injuries. He has been hospitalized and is undergoing treatment," the spokesman said.

He said the security forces retaliated the firing, leading to an encounter.

"In the ensuing encounter, three terrorists were killed and the bodies were retrieved from the site of encounter," he added.

The identities and affiliations of the killed terrorists is being ascertained, the spokesman said.