Terror suspect Fasih has been detained: Saudi Arabia to India

Saudi Arabia has told Indian authorities that Faish Mohammed, a suspected terrorist, has been apprehended by local authorities and may be deported soon.

An engineer by profession, 28-year old Fasih is alleged to have been involved in the Chinnaswamy Stadium blast in Bangalore and the shooting incident near Delhi's Jama Masjid in 2010. He is wanted by both the Delhi and Karnataka police.

On the request of Karnataka and Delhi Police, the Central Bureau of Investigation had asked the Interpol to issue a Red Corner Notice against Fasih, after which Saudi Authorities have conveyed that he has been apprehended by them.

Indian authorities are interacting with Saudi authorities on the formalities to bring him back, they said.

Fasih had reportedly been missing and his wife Nikhat Parveen had approached the Supreme Court, claiming her husband was in the custody of central security agencies.

Parveen had alleged that her husband had been picked up by a joint team of Indian and Saudi officials on May 13 for his alleged terror links. 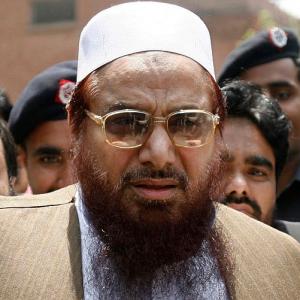 Why LeT may be tempted to launch fresh attack on India