Mumbai terror attack mastermind Hafiz Saeed's Jamaat-ud-Dawah is fielding more than 200 candidates for national and provincial assembly seats across Pakistan in the July 25 general election through a dormant political entity as his party has been denied recognition, even though he himself has decided not to run for parliament. 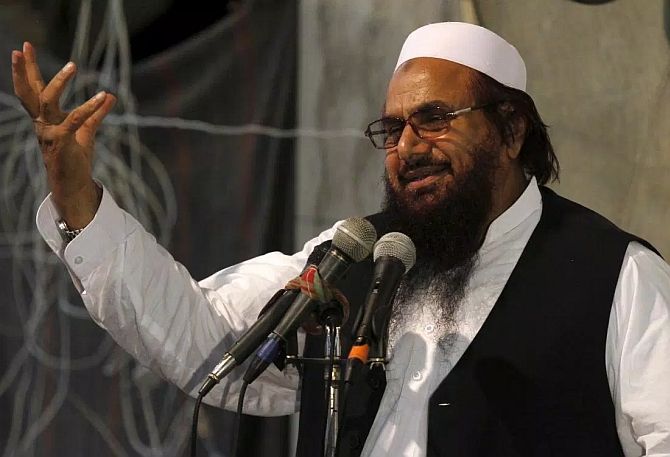 The JuD, a front for the Lashkar-e-Tayiba militant group that carried out the deadly 2008 Mumbai attack, launched its political front Milli Muslim League, but it has not been yet registered with the Election Commission of Pakistan.

With general elections approaching, the group decided to contest on the platform of a "dormant" political entity, Allaha-u-Akbar Tehreek, which is registered with the ECP.

"MML president Saifullah Khalid and AAT chief Ehsan Bari have agreed to field joint candidates on the platform of ATT in the upcoming elections. Under the seat adjustment agreement, the MML will field more than 200 educated candidates. They will contest the elections on the AAT's election symbol chair," Ahmad Nadeem, an MML spokesperson, told PTI on Saturday.

He said there are many political figures who have joined the MML and it has awarded them AAT tickets.

Asked if Saeed plans to run as a parliamentary candidate in this election, the spokesman said: "No ... Hafiz sahib has no such plans at the moment. The MML is taking part for the first time in the general elections and hopefully, we will make to the parliament."

To a question, if any "significant leader" of the JuD would contest the election, he said: "Our priority is that those joining us from other political parties or educated youth in respective constituencies be given AAT tickets."

He said the AAT will launch its political campaign once its candidates file nomination papers.

"We are hopeful that the people will elect our candidates," he said.

It is believed that since the MML has hardly any chance to get registered with the ECP as the latter had announced the election schedule and issued election symbols, it had no other option but to contest the election on any 'dormant' entity like the AAT.

Earlier, MML president Saifullah Khalid had said: "We have decided to support the candidates of AAT in the July 25 election. We will play a role in the victory of those contesting on the symbol of a chair. To save Pakistan, patriotic people should be supported in the elections."

Khalid said the MML had been denied registration in the ECP for the last 11 months but will take part in the polls by supporting AAT candidates.

The interior ministry had opposed enlisting of the MML as a political party arguing it is an offshoot of Saeed's JuD which is banned under a UN resolution.

The JuD formed the MML at the time when Saeed was detained in Lahore. Saeed and his four aides -- Abdullah Ubaid, Malik Zafar Iqbal, Abdul Rehman Abid and Qazi Kashif Hussain -- were placed under house arrest in Lahore on January 30 last year under the anti-terrorism act. He was released from house arrest in November.

The JuD was declared as a foreign terrorist organisation by the US in June 2014. The JuD chief also carries a USD 10 million American bounty on his head for his role in terror activities. 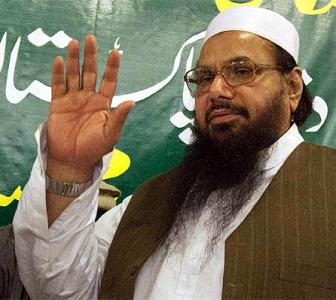 Pak govt acting against us to please India: Hafiz Saeed 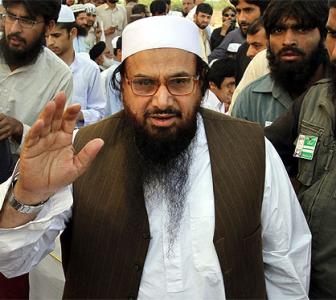 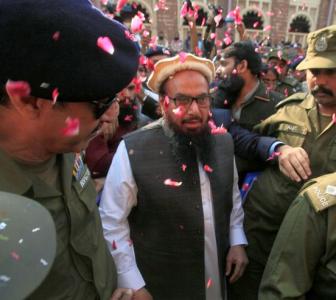