The number of terror incidents in Jammu and Kashmir has shown significant decline since the abrogation of Article 370 in August 2019, the Lok Sabha was informed on Tuesday. IMAGE: Father of slain Jammu and Kashmir police constable Rameez Ahmad Baba lays a wreath at the mortal remains of his son who lost his life in a terrorist attack on a bus in Srinagar, December 14, 2021. Photograph: ANI Photo

In written response to a question, minister of state for home affairs Nityanand Rai gave data showing that only 206 terror incidents were reported in Jammu and Kashmir this year till December 5 as against 417 in 2018.

The infiltration figures also showed a decline with only 28 incidents being reported till October 31 this year as against 143 in 2018. In 2019 and 2020, the minister said, 138 and 51 such incidents were reported respectively.

"Security grid has been further strengthened and infiltration of terrorists from across the border has also come down significantly," the minister said.

The central government abrogated Jammu and Kashmir's special status under Article 370 of the Constitution in August 2019 and bifurcated the state into union territories -- Jammu and Kashmir, and Ladakh.

"There was an enthusiastic participation of the people, with a turnout of 98.29 per cent in BDC elections and 51.42 per cent in DDC elections," he said.

Giving details of development in Jammu and Kashmir, the minister said the progress of projects being implemented in the Union Territory of Jammu and Kashmir under the Prime Minister's Development Package-2015 has been accelerated.

"Fifty-three projects pertaining to 15 ministries are being implemented at a cost of Rs 58,477 crore in various sectors such as roads, power, health, education, tourism, agriculture, skill development, etc, out of which 21 projects have been completed/substantially completed and the remaining 32 projects are at advanced stage of progress," he said.

The minister said the UT has been declared open defecation free under the Swachh Bharat Mission.

He said 100 per cent saturation has been achieved in 17 individual beneficiary centric schemes, including Saubhagya, Ujala, Ujjwala and Indradhanush.

"During the year 2020-21, 1,289 road construction works were completed at a cost of Rs 1,638 crore. The construction work of 14,500 km of road has been completed so far under Pradhan Mantri Gram Sadak Yojna, which has connected about 2,000 places. Work is under progress on one All India Institute of Medical Sciences each in Jammu and Kashmir divisions at the cost of Rs 2,000 crore each besides seven other medical colleges in the UT...," Rai said.

The minister said power projects are being fast-tracked and generation capacity of 2500 MW is to be added by 2025.

"International flight from Srinagar to Sharjah has been started on October 23, 2021. In addition, night flights from Jammu and Srinagar have also been started. The scope of high density plantation scheme for apple has been expanded to include mango, litchi, cherry, walnut, etc, Kashmiri saffron has been given the geographical indication tag," he said.

"During the current financial year, 1,37,870 persons have been covered under various self-employment schemes of different government departments," he said. 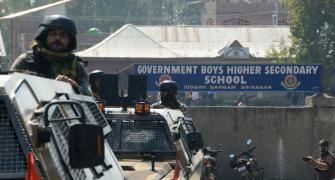 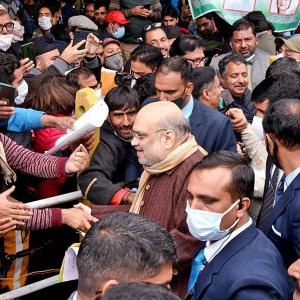 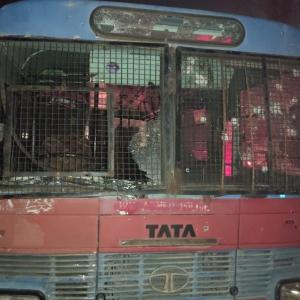