A fresh terror alert has been issued, this time it is Kolkata. Based on the interrogation of some Indian Mujhaideen cadres who are in custody, the Intelligence Bureau has informed the ministry of home affairs that the outfit is planning to target eastern city.

Sources told rediff.com that cadres of the IM were planning on targeting key areas in Kolkata such as the Kali Mandir area and the area at the 24 Parganas. The Intelligence Bureau says that Kolkata has been on the radar of the IM for a considerable amount of time.

The operation would be carried out by the IM with the help of the Harkat-ul-Jihadi Islami which is active in this area.
Salman Ahmed, the IM cadre who was arrested a couple of months ago in connection with the Batla House case and also the Delhi blasts, said during interrogation that the IM was planning on a key operation in Bangalore and Kolkata.

He said several cadres of the IM were being infiltrated through the Nepal border and were planning on setting up base in Kolkata.

The IB says that their primary targets are the airports in these places. The IM was planning on a fidayeen strike at the airport where they would storm the airports at peak hours and cause an immense amount of damage.

Kolkata has been on the radar for sometime. The IB, however, states that this would be an operation which would be launched out of Bangladesh since that is the home of the HuJI.

This outfit has been looking to increase its hold in West Bengal ever since their networks had been busted a great deal a year ago. However the HuJI too has received a specific brief from their mentors in the Lashkar-e-Tayiba that any operation within India ought to be carried out by the IM since it is an outfit of Indian origin.

The Lashkar and the ISI had decided a couple of months ago that they need to breed and nurture more outfits of Indian origin so that terror operations in India can be taken care of by them.

While the confessions of Salman mention in detail about Kolkata being a prime target, the statements of Khwaja Ahmed who was taken to Kolkata for interrogation too indicate the same. He too during his interrogation with both the Kolkata and Hyderabad police had mentioned clearly that the City of Joy would be a target and the IM was planning on striking hard at this place. 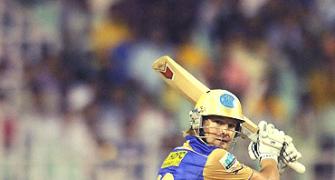 ISI has increased its spending on Indian moles