Demanding an impartial inquiry into the controversy surrounding Army, Team Anna on Tuesday alleged that the probe by the Central Bureau of Investigation and Intelligence Bureau will not bring out the truth as the bodies are "under the control of government".

In a letter to Prime Minister Manmohan Singh, Anna Hazare and his key associates wondered whether the recent report in a newspaper about "unusual movement" of two units of Army troops was aimed at removing Defence Minister A K Antony and Army Chief Gen V K Singh.

"Does the recent developments in the past few months show that there is a conspiracy against the honest Army General and honest defence minister?" the letter signed by Hazare, Shanti Bhushan, Arvind Kejriwal, Prashant Bhushan and Kiran Bedi.

Alleging that the probe by CBI into cases of corruption flagged by Gen Singh and IB into the leakage of Army chief's letter to the prime minister will not bring out the truth, the letter said these agencies were not independent and were under the control of political masters.

"If the accused, brokers and corrupt have control over investigating agencies, they will not be able to bring truth to light...and people of the country are unhappy at the measures taken by your government in this regard," it said.

The letter also alleged that it was reported by a media house that a central minister was behind the news report published by the newspaper.

They also took exception to the exclusion of armed forces from the purview of Lokpal when the bill was discussed in Lok Sabha on December 27 last year.
PTI
Source: PTI© Copyright 2021 PTI. All rights reserved. Republication or redistribution of PTI content, including by framing or similar means, is expressly prohibited without the prior written consent.
Related News: Army General, Lokpal, Team Anna, Anna Hazare, CBI
Print this article
Pre-summoning evidence against Gen Singh to be recorded 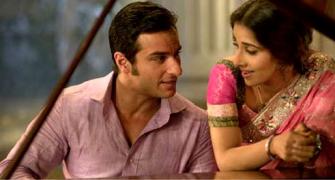 We were active in Hazare-led anti-graft movement: VHP