Stepping up pressure on Lokpal issue with a rally in the capital, Team Anna on Sunday said the Congress high command should make it clear "what it wants" as the "right" bill will not come without its word.

Ahead of Anna Hazare's planned protest at Jantar Mantar on December 11, a large number of Hazare supporters led by Bedi and senior lawyer Prashant Bhushan took out the rally.

The 74-year-old Gandhian had announced that he will observe a one-day protest at Jantar Mantar on December 11 to protest against the "watered down" report of Parliamentary Standing Committee on Lokpal.

Claiming that the draft report on Lokpal Bill by Parliamentary Standing Committee was a "betrayal", Hazare had threatened to go on an indefinite fast in Delhi from December 27 if a strong anti-graft law was not passed in the Winter Session of Parliament.

He had alleged that Rahul Gandhi might have intervened to reverse a Parliamentary Standing Committee decision to include Group C employees under the ambit of Lokpal.

However, he later said the protest "is not against Rahul Gandhi or Prime Minister". 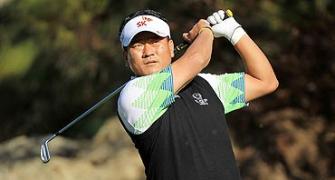 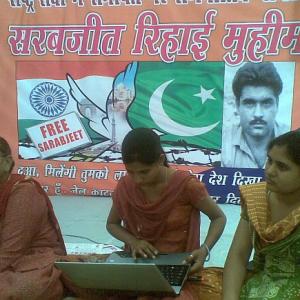 At Jantar Mantar, Sarabjit's sister and daughters sit with hope