The Telugu Desam Party is reportedly shocked after three of its Members of Parliament -- T Devender Goud, Y Satyanarayana Choudary and Gundu Sudha Rani -- abstained from voting on the All India Anna Dravida Munnetra Kazhagam's motion against Foreign Direct Investment in Rajya Sabha on Friday evening.

TDP has five MPs in the Rajya Sabha of whom two -- Nandamuri Harikrishna and C M Ramesh -- voted against the government on Friday.

There has been no word officially from the party even 24 hours after the MPs left the Telugu Desam in ignominy. A section of senior leaders openly demanded action against the errant MPs.

TDP leaders in Adilabad have unofficially revealed that president N Chandrababu Naidu, who is presently on a foot march (padayatra) there, is "shocked and severely upset" by the MPs' action.

One of the three TDP MPs who abstained, T Devender Goud, claimed that he had informed the party chief about his inability to take part in the voting as he had to attend a health check-up as per a prior appointment.

"Since the BSP announced its support to the government and the SP abstained, I thought my vote would not have any bearing. Hence, I told the party president and went ahead with my medical appointment," Goud's statement said.

He also condemned aspersions being cast against him over the issue.

Y Satyanarayana Choudary, an industrialist-turned-MP considered very close to Chandrababu, who also abstained, pleaded innocence and claimed he was not aware of the timing of the vote in the Rajya Sabha.

"By the time I reached the House, the lobbies were closed and as such, I could not take part in the voting," he told reporters.

Choudary left for Adilabad to meet Chandrababu and give him a personal explanation on the issue.

The third MP who abstained, Sudha Rani, also left for Adilabad on the same mission. She told reporters in her native Warangal on Saturday afternoon that she could not attend Parliament on Friday due to personal reasons as she had to rush to Hyderabad to call on a seriously ailing relative on Thursday night.

"I missed a flight to Delhi and could not go to Parliament. All allegations being made against me are false. There is no other reason for this," she claimed.

TDP's senior leaders did not take their claims kindly.

"They should be removed from the party and they should also quit their posts. Those who cannot even win (elections) as ward members were made MPs, but they ditched the party and brought ignominy to Chandrababu," senior TDP Member of Legislative Assembly Kothakota Dayakar Reddy said.

TDP politburo member Kadiyam Srihari also demanded strong action against the three MPs, saying they have brought disgrace to the party, while another senior TDP MLA Payyavula Keshav said that lakhs of TDP workers were deeply hurt by the MPs' abstentions.

"They should apologise not only to party workers, but also to the people of the state," Keshav said. 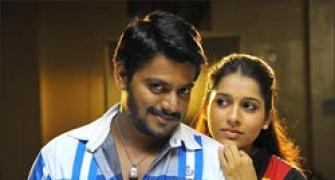 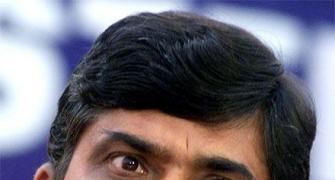 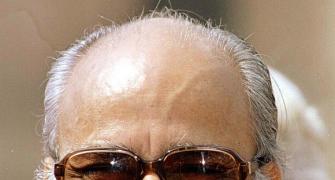