Tamil writer Nellai Kannan was arrested on Wednesday, days after an FIR was registered against him for his speech during an anti-Citizenship Amendment Act protest.

Kannan landed in trouble after a video of his purported speech at the meeting against the Citizenship Amendment Act went viral on social media and the Bharatiya Janata Party lodged a police complaint seeking his arrest and prosecution.

State BJP spokesperson Narayanan Thirupathi lodged a police complaint, alleging that Kannan called out the names of Prime Minister Narendra Modi and Home Minister Amit Shah at the meeting and told the gathering he was "shocked as to why Muslims have not yet killed the prime minister and home minister..."

The Tirunelveli Police had registered the FIR against the writer for the speech delivered at a meeting, which was called by the Social Democratic Party of India on December 29. 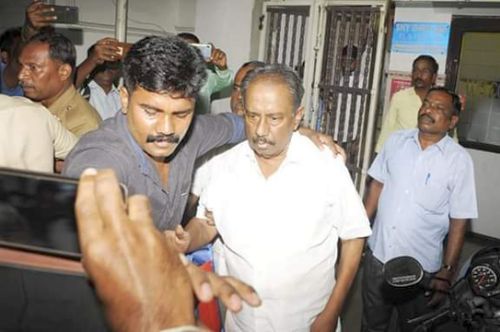