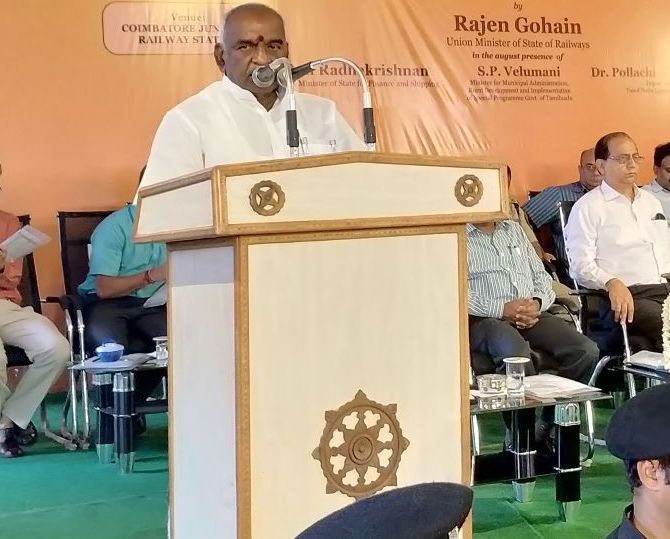 Radhakrishnan, who is the only BJP MP from the state, also made serious allegations of Naxal and Maoist infiltration in Tamil Nadu.

The Union minister further said that he has been alerting the state government regarding this issue for so long.

"Tamil Nadu is becoming breeding ground for extremists' activities. It was visible during Jallikattu protests and I have been saying this for one and half years but no one took me seriously. Naxal training camps are taking place in hilly areas. Why is the state government not acting?" Radhakrishnan said while addressing the media on June 20.

"There are terrorists in the state..Even Chief Minister K Palaniswami and a senior police official have spoken of this," he said

Radhakrisnan's remark that Palaniswami has spoken about it is seen as a reference to the chief minister's views on action against anti-socials with regard to anti-Sterlite protests.

Palaniswami, citing violent incidents on May 22 and 23 such as hurling of petrol bombs and damage to public property, had said on June 4 in the assembly that "are they general public? there were, hence, some miscreants and anti-socials."

He had emphasised that no government should encourage those who indulge in violence and anti-socials as it would lead to a big problem later.

Radhakrishnan also stated that Naxals, Maoists and Muslim extremists may have intruded into some of the media houses too.

"Naxals, Maoists and Muslim extremists have intruded into some of the media houses too. So, it is time to act fast, otherwise, this will become a huge problem. If this (Tamil Nadu) government does not address this problem, they have no right to continue," he added.

Radhakrishnan, who in the recent past also expressed outrage about the killings of activists of right wing groups (including a Hindu Munnani leader Sasikumar in Coimbatore in 2016), stressed that he was also a "Tamil" and could not see Tamil Nadu getting destroyed by such terror elements.

The National Investigation Agency is investigating the Sasikumar murder case.

Rubbishing the allegations,Tamil Nadu Handloom Minister O S Manian said Tamil Nadu was the only state in the entire country which was peaceful and the only one where there was no scope for terrorism, extremism and separatism

"In the entire country, only Tamil Nadu is peaceful. It is a state that upholds law and order... this is the only state where there is no scope for terrorism, extremism and separatism," he said.

Speaking to reporters in Tiruchirappalli, he said Radhakrishnan was "a senior leader and a minister" and appealed to him to be guarded in his comments.

Minister for Information, Kadambur Raju said in Kovilpatti that Tamil Nadu was a haven of peace and that "there has never been room for extremism in the state ever since Amma's days (in power)." 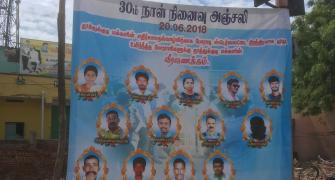 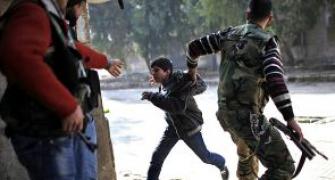 Why ultras from South India are fighting in Syria 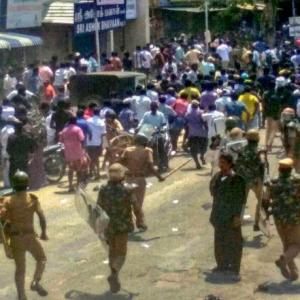 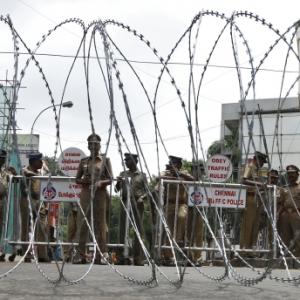 No more extremism, but wounds yet to heal in Tamil Nadu