Talk about my father, but also explain Rafale: Rahul to Modi 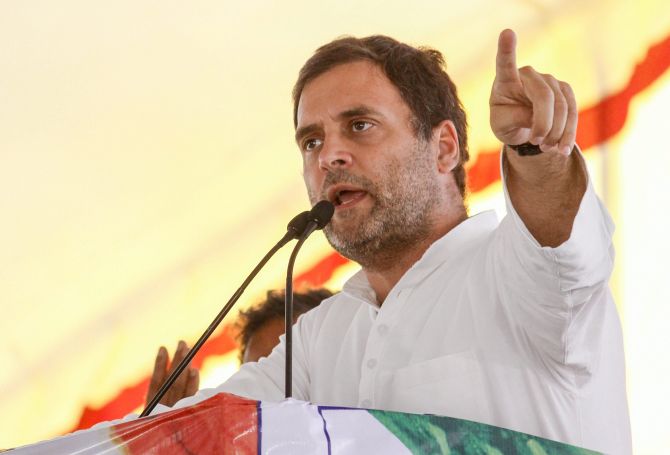 Congress president Rahul Gandhi on Thursday renewed his attack over alleged corruption in the Rafale aircraft deal, this time in response to Narendra Modi calling his late father and former prime minister Rajiv Gandhi 'Bharashtachari No 1'.

He also took on the prime minister over unemployment, taunting Modi for a remark that selling 'pakodas' is a job worth doing.

"If you have to talk about Rajiv Gandhi and about me, do so definitely," Gandhi said at an election rally in Sirsa.

"But first explain what you have done on the Rafale issue. You should also explain to the people your unkept promise of 2 crore jobs for the youth," he said.

"Did you give farmers the right price for their produce? Did you put Rs 15 lakh into bank accounts?" the Congress leader said, claiming that the Bharatiya Janata Party government had not fulfilled its election promises.

Gandhi said an 'industrialist friend' of the prime minister benefitted from the Rafale agreement, a charge repeatedly rejected by the government.

He said the prime minister who boasted of a '56-inch chest' is not talking about farmers' issues and unemployment during these elections.

In recent speeches, Modi has recalled Rajiv Gandhi' term as prime minister, referring to corruption charges against him and the alleged use of warship INS Viraat during a family vacation.

He has also brought up the anti-Sikh riots around the time Rajiv Gandhi took over as prime minister after his mother Indira Gandhi's assassination.

Rahul Gandhi claimed that the Congress has shown through farm loan waivers by its governments in Punjab, Madhya Pradesh, Chhattisgarh and Rajasthan that the party keeps its promises.

He claimed when a BJP leader asked a question at a Madhya Pradesh rally whether the Congress government there had waived farm loans, the crowd said, "Yes, it has been done."

He claimed that unemployment in the country is the highest in decades. "This is Modi's contribution," he said.

"Make in India, start up India, sit down India, pakodas," the Congress leader said, mocking the schemes started by the Modi government.

In an interview last year, the prime minister had given pakoda-selling as an example of worthwhile employment.

"Wherever he goes, there is hatred. In Haryana, one community is made to fight against the other. When he goes to Tamil Nadu, he will criticise somebody.

"In Maharashtra, he will speak against the people of Uttar Pradesh and Bihar. People of one religion are made to fight against the other," Gandhi said.

He asked the prime minister to explain what has been achieved in his term.

"I want to ask you what you have done in the last five years. What have you given to the country?" Gandhi said.

He claimed that Nyay, the income support scheme promised by the Congress if it comes to power, will remonetise the economy which he said had been dealt a blow by demonetisation.

"I am giving you the guarantee that not even a single penny will be charged from the middle class or any other section, and they will not be taxed for the Nyay scheme," he said.

The opposition leader said funds for the scheme will come from the pockets of those rich industrialists who have been given 'undue favours' under the Modi regime.

Gandhi was addressing the rally in support of Haryana Congress president Ashok Tanwar, who is contesting from Sirsa.

Polling for Haryana's 10 Lok Sabha seats will be held in the sixth phase on May 12. 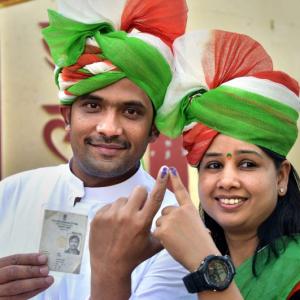 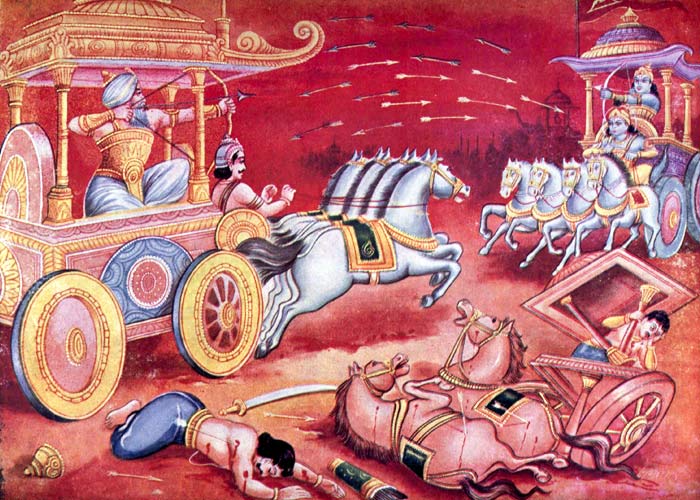