Pakistani Taliban militants based in Afghanistan have threatened fresh attacks in Pakistan that will target anyone supporting the United States and promoting American interests in the region.

Fighters led by Maulana Fazlullah, who fled the Swat Valley in northwest Pakistan in 2009 to escape a military offensive, will continue attacking members of tribal

"We want to make it clear that our 'jihad' is against the US and its allies. We ask our Pakistani brothers to stop becoming tools in the hands of Pakistani security agencies or else they would continue to suffer losses at our hands," Ahmad was quoted as saying by The News today.

Ahmad, who is the spokesman for Fazlullah's fighters operating from Afghanistan's Kunar and Nuristan provinces, said: "We have planned fresh attacks to target anyone safeguarding US interests.

"We appeal to our army, police, bureaucrats, politicians and religious leaders and media people to refrain from supporting the US interests or else we would be compelled to target them."

He asked the people of Malakand region, which includes the Swat Valley, not to become "tools" in the hands of Pakistani security forces by forming lashkars to fight the Taliban.

Referring to a roadside bomb attack on Saturday that targeted members of a militia of Doog Darra area in Upper Dir district, Ahmad said the Taliban had asked residents of the area not to resist the militants but they did not pay any heed.

Due to this, the Taliban had to blow up the vehicle of the lashkar, he said.

Four members of the militia were killed and seven others injured in the attack.

Ahmad further said the Taliban were "not satisfied" with the work of Pakistani journalists.

They had "abandoned their professional responsibilities" while covering issues related to the Taliban and the Pakistan government, he claimed.

"We respect journalists and request them to follow the principles and ethics of journalism or else we will be compelled to take action against the media people in Pakistan," he warned.

The Pakistani military has blamed several recent cross-border attacks from Afghanistan on Fazlullah's fighters based in Kunar and Nuristan provinces. 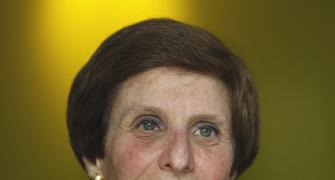