The Jharkhand Police has dropped murder charge against 11 accused in the mob lynching case of Tabrez Ansari, a young Muslim man, who was seen on national television being beaten up with rods while tied to a pole and forced to chant 'Jai Shri Ram' over alleged theft. The Seraikela-Kharsawan district police chargesheeted 11 of the 13 named accused in the case on July 29, dropping the stringent charge of murder under section 302 of the IPC.

They will now face the law for lesser offence under section 304 of IPC (culpable homicide not amounting to murder).

Seraikela-Kharsawan Superintendent of Police Karthik S said the murder charge was dropped against 11 accused on the basis of postmortem, medical and forensic reports which said 24-year-old Ansari died of cardiac arrest.

"The postmortem and medical report did not support the charge of murder. They said he died of cardiac arrest.

"We had doubts and we went for a second opinion from higher level experts from the forensic and pathological side and they also gave the same set of opinion. So, we had to charge them under section 304 instead of 302," the officer said.

He was tied to a pole and assaulted by a mob with sticks and iron rods.

A video of the scene that went viral and was flashed across tv networks showed he was forced to chant 'Jai Shri Ram' and 'Jai Hanuman' by his tormentors.

Ansari's family had shared the video, which went viral and stirred a nation-wide outrage, with police. Protest demonstrations were held in many cities and towns.

Police reached Dhaktidih the next morning, arrested Ansari and sent him to jail after first-aid.

His family claimed he had a deep gash on his head and multiple injuries all over which, it suspected, caused his death.

As Ansari's condition deteriorated, he was shifted to the district government hospital the same day.

With no signs of improvement, he was referred to the Tata Main Hospital, where he was declared brought dead on June 22.

His wife Shahista, who was pregnant at the time of her husband's death, suffered a miscarriage.

Altogether 13 people were named accused in the case.

Meanwhile, All India Majlis-e-Ittehadul Muslimeen MP Asaduddin Owaisi reacted sharply to the dilution of the charge against the accused.

"Because there is a higher chance that the prosecution will do its best to do a shoddy job. One of the accused had asked with surprise ye mara nahi ab tak? Does anyone believe that Tabrezs tormentors did not want him to die?" Owaisi said in a series of tweets. 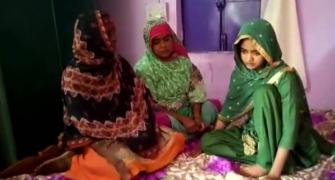 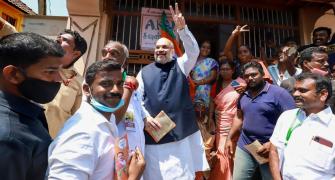 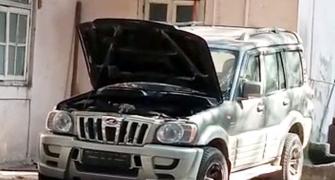 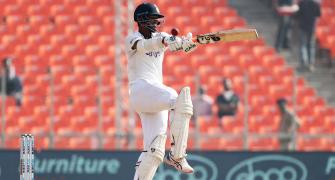