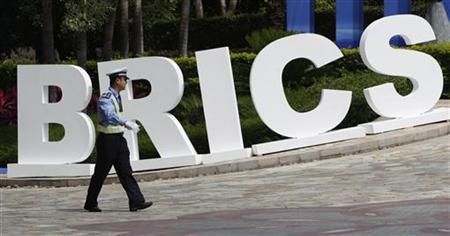 Ahead of Brazil, Russia, India, China, South Africa and Bay of Bengal Initiative for Multi-Sectoral Technical and Economic Cooperation summits, Prime Minister Narendra Modi on Friday said he is looking forward to building bridges to new partnerships and finding common resolve and solutions to entrenched problems of the region.

Modi, who will also hold bilateral meetings with Russian President Vladimir Putin and other leaders on the sidelines of the Summits in Goa, said they will discuss ways to address ‘pressing international and regional challenges that stand in the way of our goals’.

“I am optimistic that the BRICS Summit will strengthen intra-BRICS cooperation and advance our common agenda for development, peace, stability and reform,” the prime minister said in a Facebook post.

New initiatives will be launched in Goa by BRICS as it marks the successful operationalisation of initiatives like the BRICS New Development Bank and the Contingent Reserve Arrangement, he said.

The prime minister noted that India is facilitating an outreach summit with the BIMSTEC comprising Bangladesh, Bhutan, Myanmar, Nepal, Sir Lanka and Thailand.

‘Representing nearly two thirds of humanity together, we hope to tap the potential for cooperation and the dividends this will bring,’ he said on the first-ever BRICS-BIMSTEC Outreach Summit.

Referring to India-Russia Annual Summit, the prime minister said Putin’s visit will give an opportunity to consolidate and reaffirm a unique time-tested friendship and partnership with Russia.

Terming Brazil as an important strategic partner, Modi said President Michel Temer’s visit will open up new areas for cooperation with the country.

‘As Chair of the BRICS this year, India has embraced a stronger emphasis on promoting people-to-people linkages in diverse fields including trade, sports, education, films, scholarship, and tourism,’ he said

BRICS Summit will be held in Goa on 15-16 October, followed by the BRICS-BIMSTEC Outreach Summit.

India is expected to continue with its diplomatic offensive against Pakistan on the issue of terrorism originating from there when it plays host to Putin and his Chinese counterpart Xi Jinping and leaders of Brazil and South Africa at the summit.

Even preceding the Summit, Modi is likely to raise these issues with Putin and Xi on Saturday when a series of bilateral meetings are slated at the seaside venue.

This also assumes significance given the collapse of recent South Asian Association for Regional Cooperation summit after four countries apart from India pulled out of the meet to be hosted by Pakistan over the issue of cross-border terrorism, maintaining that environment was not conducive to hold such an event.

Indian officials have made it clear that India’s effort would be to have strong language in the BRICS outcome document on terrorism including how to deal with countries that provide sanctuaries, safe havens and finances.