Nationalist Congress Party ministers Sharad Pawar and Praful Patel are ready to resign from the Union Cabinet, said sources in the party said.

The ministers on Thursday boycotted the meeting of Union Cabinet in New Delhi to show their unhappiness over party leader Sharad Pawar not being given the number two position in the government.

Sulking Agriculture Minister Pawar as well as Heavy Industries Minister Praful Patel skipped the meeting chaired by Prime Minister Manmohan Singh amid a row over the pecking order in the government that has relegated the NCP chief to the third position.

"We did not attend," NCP spokesman D P Tripathi told PTI. He, however, did not want to give any reasons, merely saying "no comment".

While the Cabinet meeting was on at the PM's residence at 6 pm, Pawar was closetted with Patel and Tripathi at his residence here.

The row erupted after Pranab Mukherjee, who held the de facto post of the number two, quit the government to contest the Presidential poll.

The controversy was triggered after the chair next to the PM was allocated to Defence Minister A K Antony at the last Cabinet meeting, signalling that he was now the number two in the government.

Pawar was allocated the seat next to Antony, apparently upsetting him as he used to sit at the same place when Mukherjee was in the government.

The NCP had on Saturday last also stayed away from the UPA meeting on the vice presidential poll candidate. 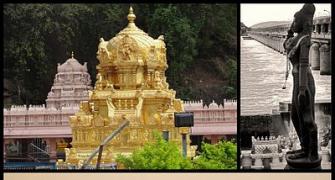 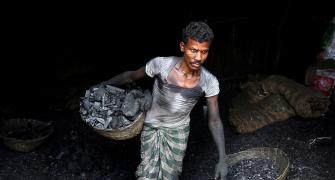 Pawar keeps mum on being relegated in UPA cabinet