"It has been 10 days (since) we have been waiting here (Sumy) but there is no ray of hope (as to) when we will be evacuated," says a distraught Indian medical student stranded in the embattled northeastern Ukrainian city of Sumy in a video message. 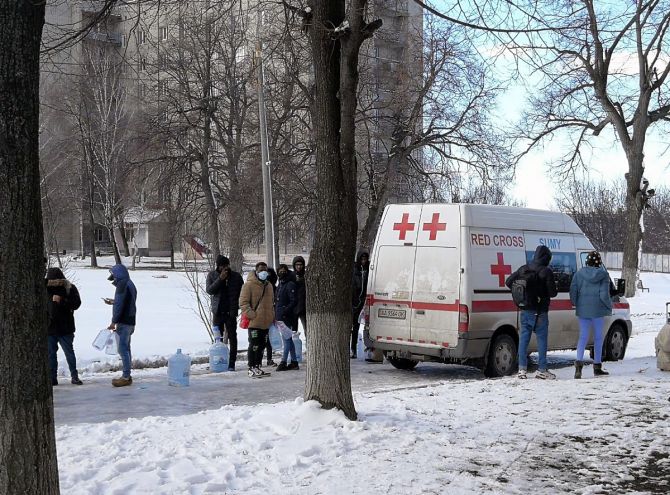 There is no power, no water supply and shops are refusing to accept cards, even though ATMs have run out of cash, said the Sumy State University student.

"We are not able to buy even food and essential items," she said.

Around 700 Indian students are stranded in Sumy, which has been witnessing intense fighting between Russian and Ukrainian troops for days now.

India has been making efforts to evacuate its citizens from the city but with little success due to heaving shelling and air strikes.

Another Indian student stranded in Sumy, Aashiq Hussain Sarkar, told PTI, "Our willpower is going down. We are feeling demoralised... We are still waiting for an update."

Ajith Gangadharan, a fourth-year medical student, said, "We were almost ready to leave on foot. The government asked us to stay put and not take any risk so we stayed back. But for how long?"

Exasperated, the Indian students in Sumy had on Saturday posted a video clip announcing that they had decided to risk the walk to the Russian border in biting cold amid the fighting, raising fears about their safety in the corridors of power in New Delhi.

Soon after the video went viral, the Indian government asked the students to remain in shelters and assured them they will be rescued soon.

Melting snow to slake their thirst and fast running out of supplies, hundreds of Indian students trapped in Sumy stand on roads every morning hoping "today is the day" when they will be rescued from the savagery of the war that has engulfed Ukraine.

The wait, however, has got longer as fierce fighting blocks their way to safety across the Russian border.

Over the last few days, the students have been sending SOS messages and posting videos on social media, pleading for their urgent evacuation.

The Indian embassy in Ukraine has said a team from the mission has been stationed in Poltava city to coordinate the safe passage of the Indian students in Sumy to western borders via Poltava, and advised them to be ready to leave at short notice.

The war in Ukraine has gone on for over 10 days without any indication of humanitarian corridors getting created for the passage of foreign nationals to safety.

To evacuate its citizens from war-hit Ukraine, the Indian government has launched 'Operation Ganga' under which thousands of stranded people, mostly students, have been evacuated from nations bordering Ukraine's western frontiers. However, the evacuation from the eastern part remains a challenge. 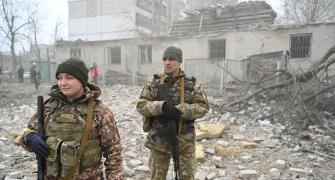 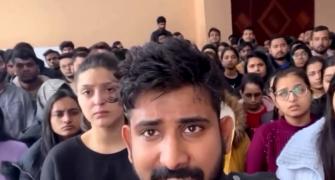 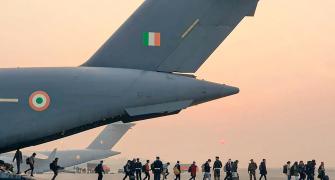 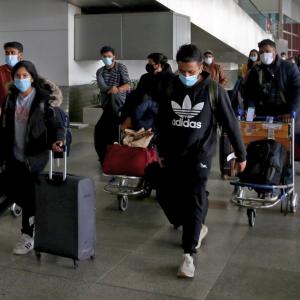