Railway Minister Pawan Kumar Bansal on Monday ordered a high-level inquiry into the stampede at the Allahabad Junction which claimed 36 lives, announced compensation for the victims and blamed the tragedy on tardy crowd management by the local administration.

"A three-member inquiry committee, headed by Additional Member (Traffic) of Railway Board Devi Prasad Pandey, has been formed to probe the causes that may have led to the tragedy," he told a crowded press conference.

"All those who have come from far-off places and wish to take their injured family members back to their homes will be provided free AC 2 tier tickets," Bansal said.

Replying to a query, the Railway Minister said "prima facie, the stampede appears to be a result of people entering the station both through the city side as well as the Civil Lines side."

"This was contrary to the plan the Railways had made in consultation with the local administration according to which crowds had to be directed only through the city side and the Civil Lines side was to be made accessible in the case of emergency with prior information to Railway officials," Bansal said.

"People should realise that Railways is not supposed to manage crowds. Its duty is to ferry people to their destinations," he said.

"Those supposed to take care of the crowd management could not do so and the tragedy occurred," Bansal said.

To pointed queries on whether he was blaming the stampede on the district administration and the Kumbh Mela administration and, by implication, the Uttar Pradesh government, Bansal replied "I have not come here to trade charges."

"I have not come here to do politics," he said. 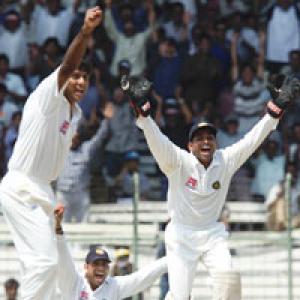