Anguished by the stampede that claimed 17 lives at Adalatghat on Monday, Chief Minister Nitish Kumar has cancelled a feast for Janata Dal - United leaders at his official residence on Wednesday.

Kumar had proposed to host a feast for JD-U leaders to mark the success of the 'Adhikar rally' at Gandhi Maidan in Patna on November 4. 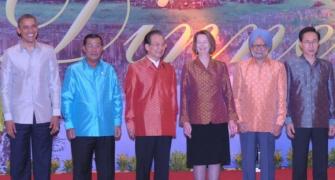 PCB to send four-member delegation ahead of India tour