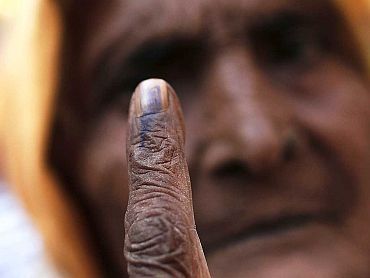 The stage is set for Tuesday’s crucial assembly elections in the two north-eastern states of Meghalaya and Nagaland.

Polling will be held between 7 am and 4 pm, except in some polling stations of the interior districts of Nagaland, where the process is scheduled to conclude at 3 pm.

The two states have a 60-member House each, but voting will be held for 59 constituencies in both.

In Meghalaya, the election has been countermanded in Williamnagar in the wake of the killing of Nationalist Congress Party candidate Jonathone N Sangma in an IED blast in East Garo Hills district on February 18.

The results of the polls in the two states, along with that of Tripura, will be declared on March 3.

A high-decibel campaign for the polls in the two states came to an end on Sunday evening.

Buoyed by the formation of governments in Assam, Manipur and Arunachal Pradesh, the Bharatiya Janata Party is making a determined bid to expand its footprint in the north-east.

For the Congress, the poll outcome in Meghalaya is particularly significant as it has been ruling the state for the last 10 years.

But this time, the BJP is leaving no stone unturned to throw the Congress out of power and add Meghalaya into its kitty.

Political observers are keenly watching the BJP’s push in the north-east, a Congress stronghold, where the saffron party has traditionally been a marginal player.

In Meghalaya, the Congress and the BJP are pitted against each other. While the former has fielded 59 candidates, the latter has put up nominees in 47 constituencies.

Though they are contesting the polls separately, in Meghalaya, the National People’s Party of Conrad Sangma, son of former Lok Sabha speaker P A Sangma, is the BJP’s partner in the North East Democratic Alliance.

In Nagaland, BJP’s hope hinges on its alliance partner NDPP of Neiphiu Rio, which is contesting from 40 seats. The saffron party has fielded candidates from the remaining 20 seats.

The Congress, which has given three chief ministers to Nagaland since the state’s inception in 1963, is contesting from only 18 seats, two less than the BJP, an emerging entity in the north-east.
There are 370 candidates in the fray in Meghalaya. A total of 18.4 lakh voters are eligible to exercise their franchise in 3,083 polling stations in the state.

He added that 32 women candidates were in the fray, the highest ever in the state.

Over 15,000 government employees will be on poll duty and there will be 177 all-women polling stations across 25 constituencies in the state.

The election process in Nagaland had started on a difficult note.

Following a no-election diktat from the Core Committee of Nagaland Tribal Hohos and Civil Organisations, advocating “solution (to the Naga political issue) before election”, the political parties had initially kept away from the poll process.

Though the process of nomination-filing had started on January 31, the first batch of 22 contestants filed their candidature only on the penultimate day on February 5. There was a heavy rush of nominees filing their papers on the last day.

After the scrutiny and withdrawal, a total of 227 nominees are left in the field in Nagaland.

As many as 281 companies of the Central Armed Police Forces, beside the state police force, are deployed throughout Nagaland to ensure a peaceful election.

Nagaland’s CEO Abhijit Sinha said all the polling stations would be manned by the CAPF personnel, while the state police would also be assisting them.

The Meghalaya CEO said that six of the 10 additional companies of CAPF were deployed in the troubled East and South Garo Hills districts. 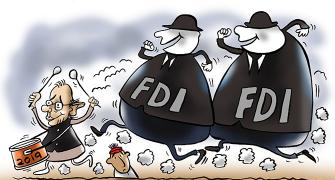 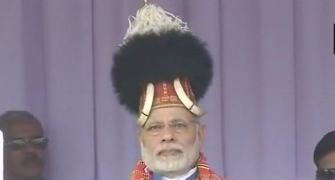 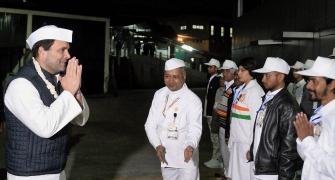 BJP backs out of declaration to boycott Nagaland polls