'NCP wants the Shiv Sena, NCP and Congress to come together and provide a stable government.' The main agenda of this meeting will be the Congress joining a Shiv Sena-NCP government in the state.

"They are coming by chartered flight to discuss how they can participate in the next Maharashtra government," Malik said.

According to Malik, Pawar impressed on Congress President Sonia Gandhi the importance of the Congress joining the government and how it will help provide a stable government for five years.

"The NCP wants the Shiv Sena, NCP and Congress to come together and provide a stable government," he said.

"Without the Congress's direct participation we might end up like Goa and Karnataka and lose out credibility among the people of Maharashtra," Malik said, when asked why Pawar is eager to convince the Congress join the government.

Malik spoke to Prasanna D Zore/Rediff.com soon after the NCP core committee meeting concluded at the Y B Chavan centre in south Mumbai.

Malik squarely dismissed the speculation that the NCP was negotiating with the Shiv Sena for its pound of flesh by asking for an NCP chief minister for 2.5 years, a demand that became the bone of contention between the Sena and Bharatiya Janata Party leading to the long-term allies to part ways soon after the assembly results were declared on October 24.

"Formation, formula are all secondary matters."

Malik also discounted speculation that the Shiv Sena and BJP were also holding discussions to form the next government after BJP leader Ashish Shelar called upon Shiv Sena Rajya Sabha MP Sanjay Raut who is recuperating in hospital after he underwent an angioplasty to clear two blockages in his heart.

"It would be great if they come together," he said sarcastically.

"There is no precondition set by the NCP before the Shiv Sena," Malik said about the talks of a 50:50 formula for the position of chief minister to be equal shared between the Sena and NCP.

"The only precondition is a stable government," he added.

"Sonia Gandhi, Sharad Pawar and Uddhav Thackeray are directly talking to each other in their effort to provide a stable government and that's what is our topmost priority," Malik said.

"It doesn't matter what other leaders (from the Congress, Shiv Sena or the NCP) are saying about what will happen and who will do what," Malik added.

"All the three leaders are on the same page as far as providing a stable government to Maharashtra and that won't be possible without all the three parties becoming the part of government." 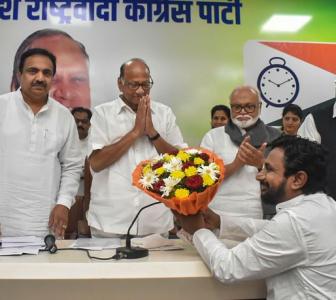 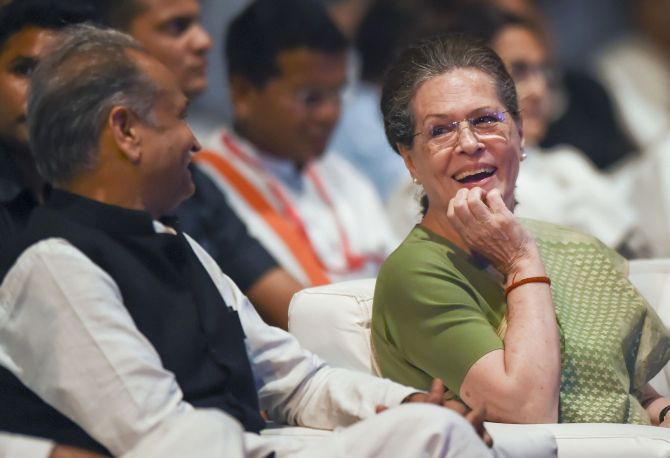 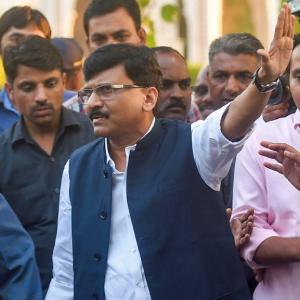