Spread of Delta variant will substantially up cases: WHO

The increased transmissibility associated with the COVID-19's Delta variant is likely to substantially increase cases and put a greater pressure on healthcare systems, particularly in the contexts of low vaccine coverage, the World Health Organization has warned. In its COVID-19 Weekly Epidemiological Update released on Tuesday, the World Health Organisation said that an overall rise in COVID-19 cases due to the Delta variant is reported across all WHO regions.

As of July 13, at least 111 countries, territories and areas have reported detection of the Delta variant, and this is expected to continue to increase, becoming the dominant variant globally in the coming months.

“The increased transmissibility associated with the Delta variant is likely to result in substantial increases in case incidence and greater pressure on healthcare systems, particularly in contexts of low vaccine coverage,” it said.

The update said that the Delta variant has shown higher transmissibility than other Variants of Concerns identified to date.

“The increased transmissibility means that it is likely to become the dominant variant globally over the coming months,” the update said.

It said that the emergence of more transmissible variants, coupled with the relaxation and inappropriate use of Public Health and Social Measures and increased social mobility and mixing and low vaccination coverage in many countries continue to contribute to rapid surges in incidence, hospitalisations and deaths in many countries.

“Moreover, in large parts of the world, there remain gaps in epidemiological surveillance, testing and genomic sequencing, and this limits our ability to monitor and assess the impact of current and future variants in a timely manner,” it said.

The update noted that as countries gradually resume non-essential international travel, the introduction of risk mitigation measures aiming to “reduce travel-associated exportation, importation and onward transmission of SARS-CoV-2 should be based on thorough risk assessments conducted systematically and routinely”.

Almost a quarter (24.7 per cent) of the world's population has received at least one dose of a COVID-19 vaccine - over three billion doses administered. However, there are vast inequities in vaccine distribution and administration with the majority of vaccines administered in a small number of high and upper-middle-income countries.

The update of the COVAX facility has been working to reduce this gap, but a large proportion of the world's population remains susceptible to SARS-CoV-2 infection.

The breadth and quality of evidence of the efficacy and effectiveness of current vaccines against emerging variants remains limited; nevertheless, the available evidence suggests full vaccination offers high levels of protection against severe disease and death for all four VOCs, with mixed evidence as to the impacts on infection, mild-moderate disease and transmission.

“Virus evolution and the phenotypic impacts of all variants, including potential immune escape, require close monitoring and assessment, including the possible need for future adjustments to vaccine composition, vaccination strategies and/or coverage targets,” it said.

Globally, COVID-19 incidence increased with an average of over 4,00,000 cases reported each day as compared to 3,70,000 from the previous week.

The cumulative number of cases reported globally is now over 186 million and the number of deaths exceeds 4 million. 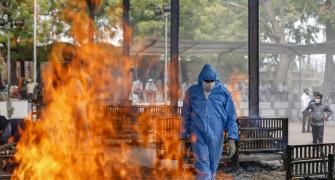 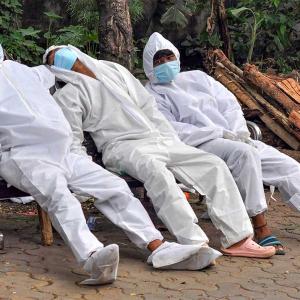