The Bharatiya Janata Party on Monday hit out at Congress President Sonia Gandhi, saying she should share the blame for the government's performance and the current economic ills the country faced.

"We would like to make it very clear that Sonia Gandhi cannot escape the blame because she has given the political authority to (Prime Minister) Manmohan Singh on account of which India has suffered because of malgovernance, corruption and under-development," the party's chief spokesperson Ravi Shankar Prasad said.

Reacting to Time magazine's criticism of the prime minister, Prasad said that the magazine has stated only the "obvious".

"This is nothing new. The common man of the country has been speaking this for a long time that he (the PM) has practically no achievement to his credit...The legacy of Manmohan Singh is (making) India suffer and insecure," he told reporters.

Prasad said that Singh's tenure has cost "India's growth, jobs, value and has caused serious international dent to India's image... Of late, it has started to cost vote for the Congress party."

He expressed surprise that the same magazine had praised Singh few years ago.

"It is indeed very curious that the same magazine few years ago had described him as one of the most powerful leaders of the world, placing him at serial number 19," he said.

Prasad claimed that the earlier article by the magazine was a result of "good marketing" by Singh.

"By publicly praising international leaders and getting certificate from them in return (and) by good marketing, you (the PM) you cannot hide your real worth," he said.

"It is indeed very surprising and shocking that today India is perceived as one of the most corrupt countries of the world," Prasad said, adding, "The BJP has been saying this for a long time that Manmohan Singh's government is the most corrupt government since independence."

Source: PTI© Copyright 2021 PTI. All rights reserved. Republication or redistribution of PTI content, including by framing or similar means, is expressly prohibited without the prior written consent.
Related News: Bharatiya Janata Party, Prasad, Sonia Gandhi, India, Congress
Print this article
I am ready to talk to Mamata when she is ready: Pranab
Time magazine's view on PM ridiculous: Congress
Congress wants Ansari as vice president again 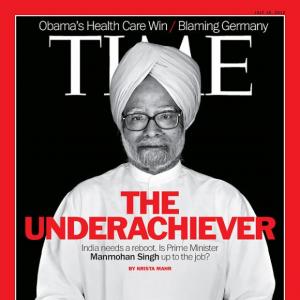 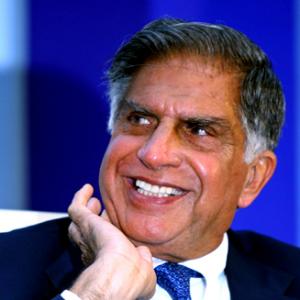