Some called it 'fool-hardy': EC on Bihar polls amid Covid

When the Election Commission began preparing for Bihar assembly polls amid the coronavirus pandemic, some felt it was being "fool-hardy", but the safe and successful conduct of this massive democratic exercise has given us an across-the-board appreciation, Chief Election Commissioner Sunil Arora said on Wednesday. IMAGE: Polling officials mark the fingers of voters with indelible ink at a polling station before they cast their votes for the first phase Bihar assembly elections in Patna. Photograph: PTI Photo

Arora also said he is confident that the EC will be able to hold the next set of assembly polls on time and the internal exercise for those is already underway.

Elections are due in Tamil Nadu, West Bengal, Assam and Puducherry in May-June next year.

He said the EC was made to feel like it had done a "dussahas" (misadventure) by holding the Bihar election amid the pandemic, but it was "a leap of faith and not a leap in the dark" for everyone in the commission.

"When you use the term leap of faith, you don't use it as some kind of a dramatic dialogue. A lot of preparation had undergone behind it. In any election, we work as hard as required. But in this kind of elections amid COVID-19, this became a more herculean and challenging task" Arora told PTI in an interview.

Asked whether the commission has proved those questioning the decision to hold polls wrong, Arora said he won't say that.

"It is for the media, people of the country, voters, all relevant stakeholders to say that. For me to say that we have proved them wrong would be a bit churlish," he said.

Recently, Arora had said there were "extreme cynics" who made "doomsday predictions", but had not named them.

On Wednesday, he said, "They (cynics) did not do it on record. But there are ways in which you keep getting vibes of fool-hardy thing."

The CEC did not respond to a question on allegations levelled by the opposition on the count of postal ballot saying the state chief electoral officer has already held a press conference giving a point-by-point reply.

"Speaking orders were issued by returning officers (on complaints at counting centres)," he said.

Asked what the EC proved by holding polls in Bihar amid the health emergency, he said the poll panel per se did not have to prove anything as it was a job under the Constitution to conduct free, fair and robust elections.

"This time, a major component as added to it -- it should also be a safe election. Safe for the electors, safe for the polling officials, safe for all concerned. Maybe proving is not the right nuance. Yes, Election Commission can rise to any challenge and it did rise up to the challenge of COVID-19.

"Rest is for the people of the country to judge. Going by the number of tweets being sent by many of your colleagues ... seems that on the whole there has been a kind of appreciation across the board. Of course, critics may remain, and should also remain as they are also a part of the system," he said.

On assembly polls due next year, he said the commission is doing internal exercises. "We never rest in that sense. It is an ongoing process."

Asked if COVID-19 continues, is he confident that the EC will be able to hold the next set of assembly polls on time, he said his term is till April 13, 2021.

"Whichever election falls before that shall be held on time," he asserted.

Keeping in mind the health emergency, the commission had taken a variety of measures such as reducing the number of voters per polling station from 1500 to 1000 to ensure distancing. This meant, an addition of 33,000 polling stations.

The commission had provided face masks, gloves and face shields to polling and security personnel along with personal sanitiser bottles.

Single-hand polythene gloves were also given to voters to press the EVM buttons and sign the register a the polling station.

Voters who turned up without a mask were also given one at the polling station. 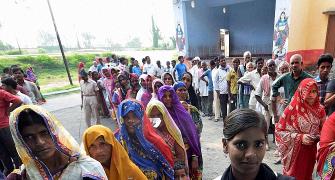 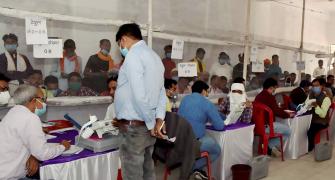 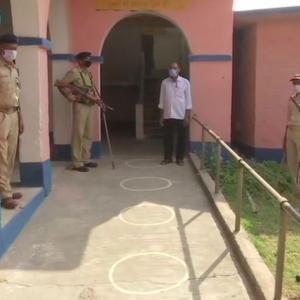