News
Business
Movies
Sports
Cricket
Get Ahead
Money Tips
Shopping
Sign in  |  Create a Rediffmail account
Rediff.com  » News » Soleimani should have been eliminated years ago: Trump

Soleimani should have been eliminated years ago: Trump

General Qasem Soleimani should have been eliminated many years ago as the powerful commander of Iran's Revolutionary Guards killed and wounded thousands of Americans and was plotting to kill many more, US president Donald Trump said on Friday. 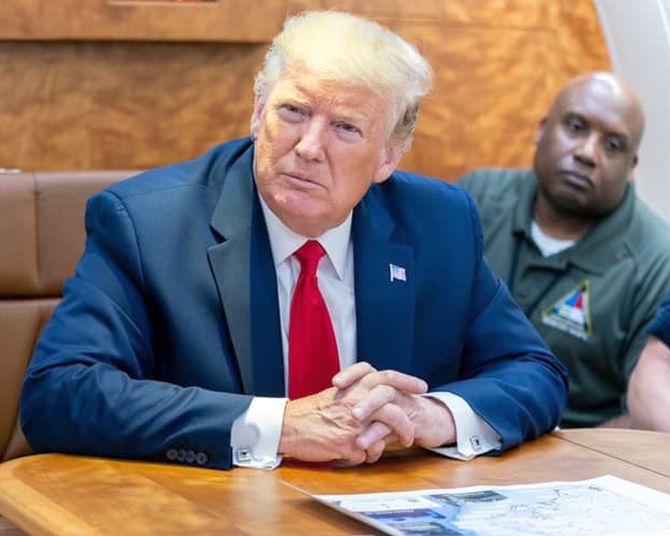 General Soleimani, the head of Iran's elite al-Quds force and architect of its regional security apparatus, was killed when a drone fired missiles into a convoy that was leaving the Baghdad International Airport early on Friday.

Soleimani, 62, was widely seen as the second most powerful figure in Iran behind the Ayatollah Khamenei.

His Quds Force, an elite unit of the Iranian Revolutionary Guards, reported directly to the Ayatollah and he was hailed as a heroic national figure.

"General Qassem Soleimani has killed or badly wounded thousands of Americans over an extended period of time, and was plotting to kill many more...but got caught! He was directly and indirectly responsible for the death of millions of people, including the recent large number....

"Of PROTESTERS killed in Iran itself. While Iran will never be able to properly admit it, Soleimani was both hated and feared within the country. They are not nearly as saddened as the leaders will let the outside world believe. He should have been taken out many years ago!," Trump tweeted, breaking his silence after he tweeted a picture of the US flag.

Following Soleimani's killing, Trump, on a vacation in Florida, initially tweeted an image of the US flag.

Hours later, he tweeted again: "Iran never won a war, but never lost a negotiation!", in an apparent slight against the nuclear deal his predecessor Barack Obama negotiated with Tehran. PTI MRJ AKJ

United States Secretary of State Mike Pompeo defended the killing of Soleimani saying he was making efforts for an attack on Americans in the region.

"He (Abu Mahdi al-Muhandis) was the primary contact for Qasem Soleimani when it came to Shia militia forces acting in Iraq. He was a bad guy," Pompeo said.

"I can only confirm that General Soleimani is dead; but if Abu Mahdi al-Muhandis has passed away as well, again, less risk in the Middle East, more freedom for Iraqis, more opportunity for Iraqi people to stand up and get a independent, free, sovereign Iraq built. It's what America has been there for," Pompeo said.

According to the top American diplomat, Soleimani was the "orchestrator, the primary motivator" for the recent US embassy attack in Baghdad.

"He's got hundreds of American lives' blood on his hands," he told Fox News.

"But what was sitting before us was his travels throughout the region and his efforts to make a significant strike against Americans. There would have been many Muslims killed as well, Iraqis, people in other countries as well. It was a strike that was aimed at both disrupting that plot, deterring further aggression, and we hope setting the conditions for de-escalation as well," he said.

Responding to a question, Pompeo said that the Iranian leadership understands that Trump will take action.

"We've made this clear for months. When I was the CIA director, we made very clear that these responses would be swift and decisive. We've now demonstrated that," he said.

Pompoe hoped that the Iranian leadership will see American resolve and that their decision will be to de-escalate, to take actions consistent with what normal nations do.

"And in the event that they do not, in the event they go the other direction, I know that President Trump and the entire United States government is prepared to respond appropriately," he asserted.

The absence of Qasem Soleimani, he said, is "a boon" to this region.

It was very clear that we did so and we will continue to take actions to reduce risk and to protect Americans.

The US will continue to fight ISIS in the region, he asserted.

Pompeo said that the risk of doing nothing was enormous in the short term in terms of the imminent attack that Qasem Soleimani was plotting, but also highly risky as doing nothing in this region shows weakness.

It emboldens Iran, he noted.

It's what's happened under the previous administration for eight years where the Iranians felt free to conduct hundreds of attacks, he alleged.

"We know that this didn't work. President Trump has taken a fundamentally different approach, and we're confident that our strategy that we've developed, not only the economic pressure but building out coalition forces in the Straits of Hormuz, working to reinforce our Saudi and Emirati partners -- all of the things that we have done to create the conditions for a more stable and peaceful and prosperous Middle East, we think this is a part of," the top American diplomat said.

US Secretary of State Mike Mike Pompeo spoke over phone with several world leaders, including President Ashraf Ghani of Afghanistan and Pakistan's Chief of Staff General Qamar Javed Bajwa, to discuss with them the situation in the region.

During the telephonic conversation, Pompeo underscored the Iranian regime's destabilising actions through the region and the Trump administration's resolve in protecting American interests, personnel, facilities and partners, Ortagus said.

Earlier in the day, Pompeo had said the US was looking to de-escalate tension in the Persian Gulf.

He had also shared a video on Twitter showing Iraqi nationals "dancing" after Soleimani was killed.

"Iraqis dancing in the street for freedom; thankful that General Soleimani is no more," Pompeo said. 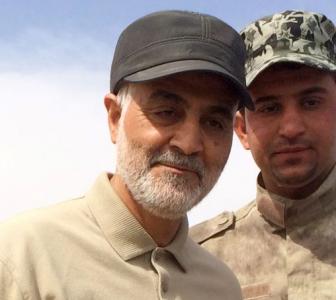 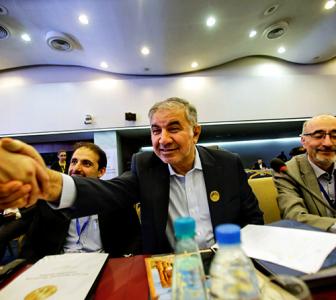