The oil cartel's decision to maintain the production ceiling at its 2016 level, despite the recovery of the world economy, will ensure shortfalls in supply and high oil prices in the foreseeable future, warns Ambassador D P Srivastava. 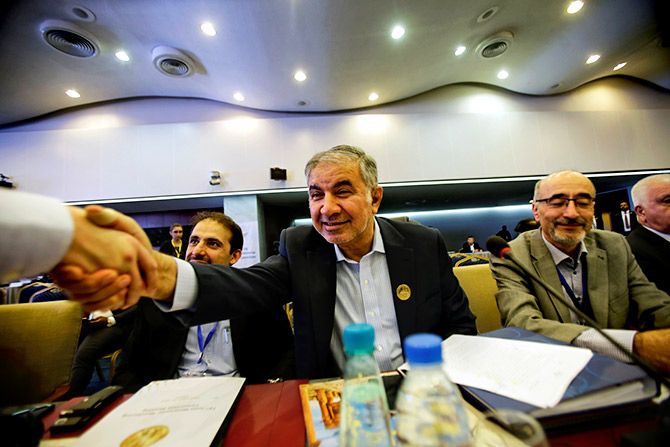 The 174th meeting of Opec oil ministers on June 22 took place against the background of US withdrawal from the Iran nuclear deal.

US sanctions, once they kick in after a six-month grace period in November, are expected to reduce Iran's exports.

This coupled with reduction of Venezuelan oil supplies, and continued disruption in Libyan supplies, had sent oil prices shooting up.

This does not suit the US in an election year. The house and senate elections will take place in November. If the Republicans lose their house majority, it would increase the risk sof impeachment of President Donald J Trump who is facing a widened probe by Robert Mueller.

Mr Trump had put out a tweet on high oil prices before the Opec meeting. Saudi Arabia was expected to push for a lifting of the production freeze to bring down the price.

Despite the convergence of geo-political interests, oil prices have gone up in the immediate aftermath of the Opec meeting.

Why did the lifting of the production freeze see an increase in price?

The Opec press release of June 22 recalled its decision of November 30, 2016, for a 'production adjustment of 1.2 million barrels per day'.

There was an additional commitment of reduction by non-Opec oil producers by 0.6 million barrels per day.

The Opec statement noted that the actual reduction exceeded its commitment by 152 per cent in May 2018.

The decision of the Opec meeting was to bring the reduction to 100 per cent of its commitment two years ago.

This in effect means that though the production rises slightly, the organisation maintains the ceiling at 2016 levels.

This does not take into account the recovery of the world economy -- and oil demand -- in the past two years.

The result is continued shortfall in supply, driving prices higher.

Opec's decision had to be endorsed the next day by a meeting of Opec and non-Opec oil ministers.

The meeting agreed to meet the production 'adjustment' at 100 per cent of the level agreed in November 2016.

The fact that Opec has to depend upon Russia to take a decision shows that it can no longer give the market signal. The cartel accounts for around 40 per cent of oil exports.

Before the Opec meeting, there was an informal meeting of the Saudi and Iranian oil ministers. Iran was opposed to relaxing the production freeze and lowering prices.

Higher oil prices are its only cushion against progressive reduction in its oil exports once the US sanctions start taking effect.

In the event, Iran was probably not disappointed. Though it could not prevent re-opening of the production level, it could minimise its effect.

Saudi caution contrasts with its decision in November 2014 when it blocked any agreement on a production ceiling at the Opec meeting.

At the time, the kingdom was trying to queer the pitch against Iran coming out of a long period of sanctions by forcing down prices. Its moderation now is not a sign of rapprochement with its eastern neighbour.

The kingdom is preparing for Aramco's initial public offer and hopes high oil prices will yield a better valuation.

While making a reference to its commitment to 'market stability', the Opec statement emphasised the return of 'confidence and investment to the oil industry'.

It is obviously a price cartel, not a consumer forum.

The Opec statement did not mention any figures regarding the production level, and how the cut is to be distributed among its various members. The ambiguity is calculated to allow various stakeholders to claim victory in their respective constituencies.

Opec obviously will bear the brunt, and affect most of the 'cuts', as the joint statement with non-Opec producers does not mention any reduction on their part.

Or is it an increase, as the production would recover from 152 per cent below the November 2016 level, to 100 per cent? Perhaps the latter is closer to the truth.

There were curious reports that the agreement on a production 'freeze' was reached on the understanding that no country can eat into other member State's market share.

This would be an understandable caution, which Iran would expect. Why would Saudi Arabia, or UAE, agree to this?

Perhaps the answer again is to avoid a break-down of the understanding completely, which happened after the November 2014 meeting, and resulted in a downward price spiral.

What made it easier for Opec to calibrate its decision, which actually led to higher prices, is that shale oil is removed from the calculus.

In the past, Opec always feared that higher oil prices will help shale producers, who have to contend with higher production costs.

Thus, an Opec decision to cut production actually meant loss of market to shale producers. This fear is temporarily removed due to saturation in the US pipeline network, which makes it difficult to bring additional oil to the market.

It is partly a result of the success of shale producers who have reduced production costs and shown their resilience even at prices below $50 per barrel.

The Opec decision means no relief to consuming countries. The June decision will come up for review only in November 2018.

By that time, new Iran sanctions imposed by the Trump administration would start to bite. All indications are that oil prices will remain high in the foreseeable future.

Going by President Trump's tweets before the Opec meet, perhaps he also does not have ground to rejoice. The US consumer will have to pay higher prices.

Indeed, there will be few winners in this game, as high oil prices make alternative sources of energy increasingly more attractive, an outcome Opec surely does not want.

D P Srivastava was the Indian Ambassador in Libya and Iran, and has also served in Egypt and Saudi Arabia. He is currently Distinguished Fellow at the Vivekanand International Foundation. 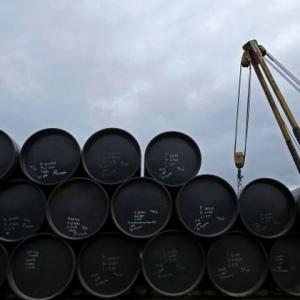