News
Business
Movies
Sports
Cricket
Get Ahead
Money Tips
Shopping
Sign in  |  Create a Rediffmail account
Rediff.com  » News » Snowden betrayed us, do not help him: US

Snowden betrayed us, do not help him: US 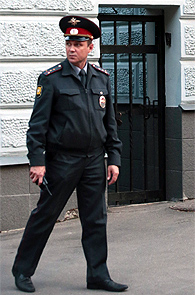 The United States has warned countries against giving shelter to fugitive Edward Snowden or letting him travel internationally.

The former Central Intelligence Agency contractor is currently believed to be in Moscow and may be on his way to the South American country of Ecuador through Havana and Venezuela.

"The United States has been in touch via diplomatic and law enforcement channels with countries in the Western Hemisphere through which Snowden might transit or that could serve as final destinations," a State Department official said.

"The US is advising these governments that Snowden is wanted on felony charges, and as such should not be allowed to proceed in any further international travel, other than is necessary to return him to the United States," said the official on condition of anonymity.

Meanwhile, top US lawmakers doubted the intentions of both China and Russia in the latest development regarding Snowden, who flew from Hong Kong to Moscow.

"I had actually thought that China would see this as an opportunity to improve relations and extradite him to the United States. China clearly had a role in this, in my view. I don't think this was just Hong Kong without Chinese acquiescence," Senator Dianne Feinstein, chairwoman of the Senate Select Committee on Intelligence, told CBS News in an interview.

"I think his choice of Moscow was interesting. I think what's interesting is that he was taken off in a car and his luggage in a separate car. I think it will be very interesting to see what Moscow does with him," she said.

In response to a question, she said, "I think the first public revelation of this was the Mandiant report. It is interesting to me that this report drew no reaction from the Chinese government”.

"I know they have it. Our President has sat down with Xi Jinping (the Chinese President). And the latest is, well, we need to address this. And we really do need to address it. It is  key to the development of a relationship between our countries."

Senator Charles Schumer, who is the third-ranking Senate Democratic leader, warned Russia of "serious consequences" if it gives shelter to Snowden.

"I think it will have serious consequences for United States-Russia relationship," he said.

Congressman Mike Rogers said that it would not surprise him if the Russian President knew about the travel plans of Snowden.

Computer technician Edward Snowden, who leaked the secretive internet and phone surveillance programmes of the US, is wanted in the United States for felony charges.

"As is routine and consistent with US regulations, persons with felony arrest warrants are subject to having their passport revoked. Such a revocation does not affect citizenship status," the State Department spokesperson Jen Psaki said.

"Persons wanted on felony charges, such as Mr Snowden, should not be allowed to proceed in any further international travel, other than is necessary to return him to the United States," Psaki said in a statement after Snowden fled from Hong Kong to Moscow and the Ecuadorian Foreign Minister said that he has sought asylum in his country.

"Because of the Privacy Act, we cannot comment on Snowden's passport specifically," Psaki said amidst news reports that Snowden has reached Moscow and that he might be headed to Ecuador through Havana.

According to a federal complaint, filed last week in the US District Court of Virginia but unsealed on Friday, Snowden has been charged with espionage, theft of government data and conveying classified information to unauthorised persons.

If extradited to the United States and convicted in a court of law, he faces 10 years of imprisonment on each of these charges.

The documents leaked by Snowden, first published in The Guardian and The Washington Post, revealed details of the secretive programmes of the US's National Security Agency to get access to phone records of millions of Americans and getting internet usage details of suspected foreign terrorists.

This has created an outrage among a number of countries like Germany and India, which have strongly raised the issue with the United States.

"He betrayed the trust and confidence we had in him. This was an individual with top-secret clearance, whose duty it was to administer these networks. He betrayed that confidence and stole some of our secrets," General Keith Alexander, Commander of
US Cyber Command and Director of National Security Agency, told the ABC News in an interview.

"We will continue to discuss this matter with Hong Kong and pursue relevant law enforcement cooperation with other countries where Snowden may be attempting to travel," said Justice Department spokesperson Nanda Chitre.

Image: A Russian police officer patrols outside the embassy of Ecuador in Moscow | Photograph: Tatyana Makeyeva/Reuters 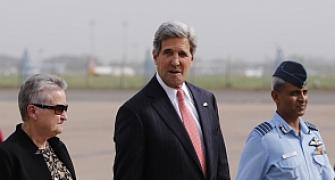 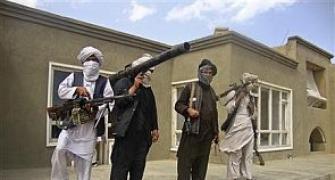 US may consider Taliban prisoner swap 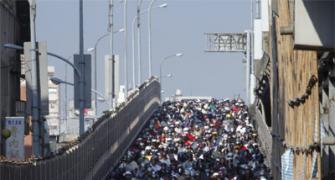 IN PIX: The world is not enough 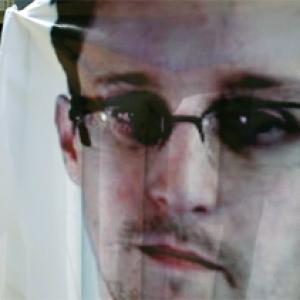