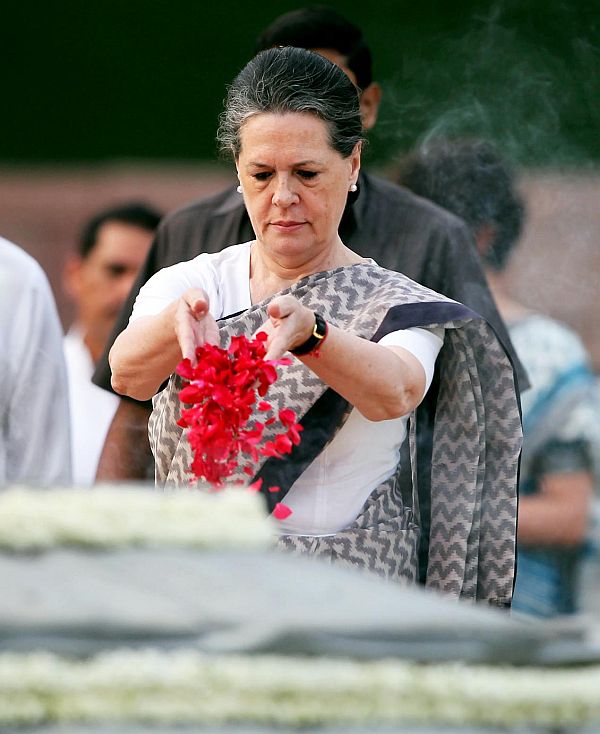 'Jayalalithaa’s decision, giving an ultimatum to the central government, will only ensure the growth of anarchism.'

'Rahul Gandhi says he is concerned about the decision. What was he doing all these years instead of acting upon the case considering his government was in power?'

'Sonia should have given priority to this case instead of using the issue to come to power.'

K Ragothaman, lead investigator in the Rajiv Gandhi assassination case whose controversial book -- Conspiracy to Kill Rajiv Gandhi: From CBI Files -- raised a lot of questions, is disappointed with the move to release the former prime minister's assassins.

What are your thoughts on the politics that has surrounded this case?

I hold the Union government completely responsible for this mess.

(Dravida Munnetra Kazhagam chief) M Karunanidhi, who is perceived to be close to the Liberation Tigers of Tamil Eelam, had reacted much faster on this case.

When the convicts filed a mercy petition before the Tamil Nadu governor within six months of the verdict the council of ministers took a decision and their plea was rejected. The accused then went up to the President seeking mercy and this is where the delay began.

I fail to understand what the central government was doing for all these years without taking a decision.

'Sonia should have given priority to the case' 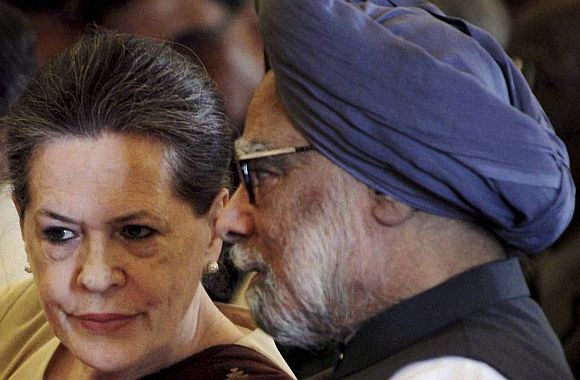 There was a Bharatiya Janata Party government too during this period at the Centre. What did they do on the issue?

I was told that the then Home Minister Lal Krishna Advani had recommended the hanging of these persons. However, (former President) K R Narayanan sent the file to the government. After this was done, the BJP lost power and the Congress-led United Progressive Alliance government was formed.

It is a known fact that (Congress president) Sonia Gandhi was the de facto chief of the UPA government. It was expected that she would act considering it involved the death of her husband.

Sonia, in all fairness to her husband’s life, should have given priority to the case.

It was for the council of ministers to recommend whatever they wanted to recommend. Let the President take a call, but then why should the Union government delay their decision?

The file had come back and it was up to the UPA government to take a decision.

Based on this, the President would have given his decision. The delay in not deciding the case is what led to all these problems, based on which the Supreme Court took its decision to commute the sentences.

'From day one, IB and R&AW have been poisoning Sonia's mind' 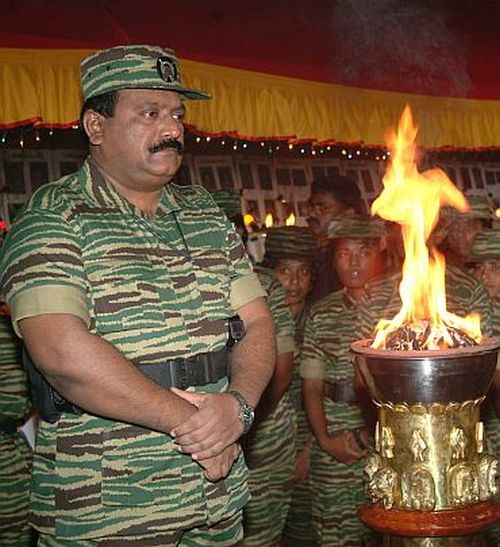 Were the Tamil groups influencing the decision?

It is clear, and disheartening, that Sonia, instead of taking an interest in this case, considered the politics behind it.

After Prabhakaran’s death in 2009, the attitude of the accused persons changed. They knew that the Union government was delaying the case and this led them to question the investigation.

Even today, the Supreme Court has not faulted the investigation. It has only spoken about the delay, which means the probe conducted by us was right.

After Prabhakaran’s death, many Tamil groups joined together and started a movement stating that the investigation was false. The likes of (MDMK chief) Vaiko led this movement.

What did the Union government do? Instead of acting, it delayed the decision, thus giving all these persons a long rope to question the investigation.

Do you think the delay by the Union government was casual or political?

It is anything but casual. From day one, since Rajiv Gandhi’s death, both the Intelligence Bureau and the Research and Analysis Wing have been poisoning Sonia’s mind, saying it was not the LTTE.

When we pinpointed that the LTTE was involved, they sang another tune and said it was (controversial godman) Chandraswami who used them.

If Sonia ever wanted justice, she would have acted. Instead, she never bothered and used the issue of her husband’s death to come to power.

In every way if you look at this case, she is accountable for all this mess.

'Jayalalithaa's ultimatum to the Centre will only lead to anarchy' 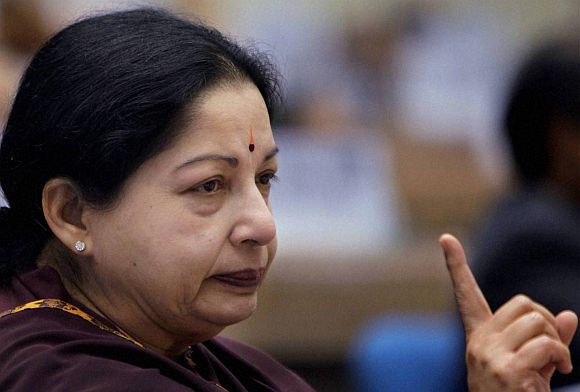 Has Tamil Nadu Chief Minister Jayalalithaa used the apex court verdict as a political tool and ordered the convicts’ release?

Yes, Jayalalithaa has taken advantage of the case and wants to wreak vengeance on the Congress.

She wants to be in the good books of the Tamil groups, with elections approaching.

Jayalalithaa’s ultimatum to the Centre will only lead to anarchy. Such cases would set a precedent and the Akali Dal will use this as a precedent to release the killers of Beant Singh.

Had (Parliament attack case convict) Afzal Guru been alive, he too would have reaped the benefit of such a precedent.

As an investigator, how does it feel when politics is played with a case which you investigated with so much difficulty?

We are neither the local police nor politicians. We are a professional force, which attaches importance to the case and not the accused.

Our job is to put up a strong case and ensure that the accused are convicted. I am happy that I and my team investigated the matter well and, more importantly, ensured that there was a conviction.

We did our best although there were many more involved against whom we could not get evidence or arrest them. It was a tough case and today because of the inaction and indifference of the government, the convicts could be released.

'Justice cannot be killed by the judiciary' 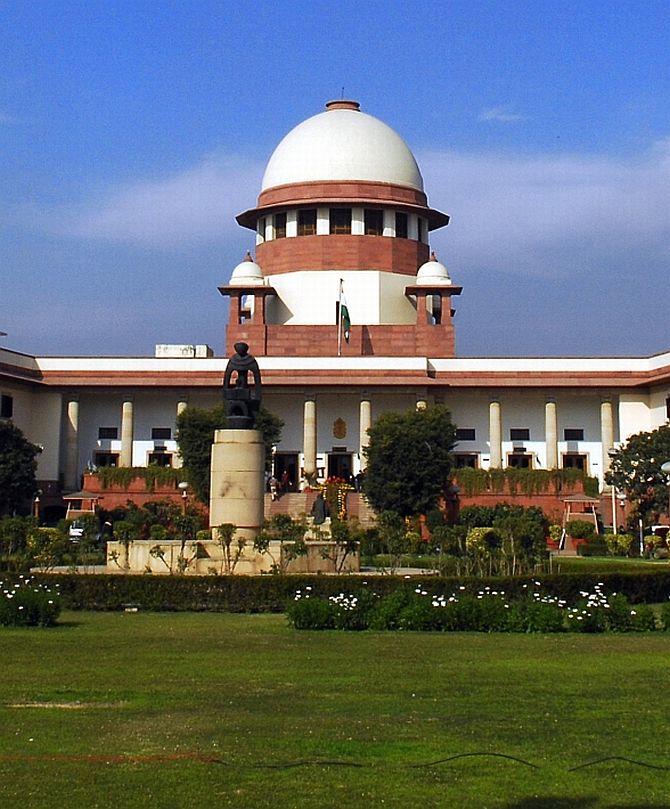 What are your thoughts on the Supreme Court decision to commute the convicts' death sentence to life?

It is an atrocious judgment, to begin with. The power of commutation is vested with the governor and the President of India.

The Supreme Court started off by saying that they will not review their own judgment, which had handed out a death penalty to these persons.

They should have spoken on the delay and issued guidelines.

The judgment sets a bad precedent.

Don’t you find it strange that even the government did not seek a review of the January 31 judgment?

Yes, it is strange. The solicitor general could have preferred a review of the judgment immediately.

The matter should have been reviewed before a constitutional bench of the Supreme Court. Justice cannot be killed by the judiciary.

'Rahul had a lot of time on hand to act on this case, but he sat quiet' 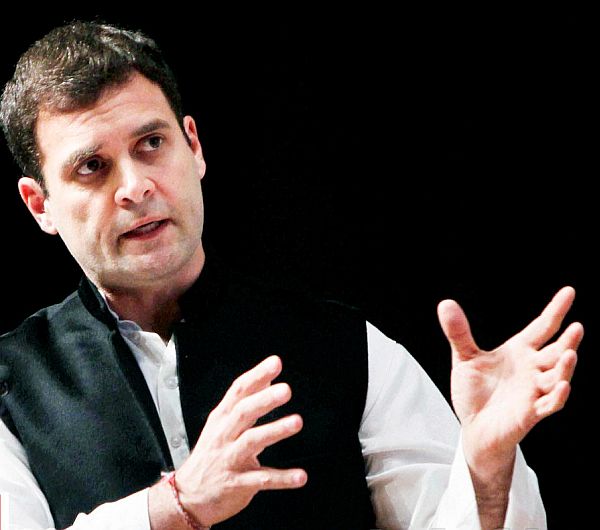 Rahul Gandhi says he is upset. I want to ask him, what was he doing when their mercy petition was pending?

He had a lot of time on hand to act on this case. He sat quiet and today he says he is upset. It is atrocious and nothing but a political game being played on dead bodies.

What should be done now?

This is election time and each one will try to get better of the other. I wish better sense prevails and somebody comes forward and rectifies this.

If no remedy is found immediately then it sets a very bad precedent for all other cases.