Chief Justice Sathasivam had on January 24 directed the hearing of Bhullar's plea after senior counsel KTS Tulsi told the court the curative petition was pending since September 2013.

Tulsi had told the court the April 12, 2013 judgement of declining to commute Bhullar's death sentence to life imprisonment on the ground that he was convicted under the terror law has become per incuriem in the light of three judges' verdict.

The bench headed by Chief Justice Sathasivam ruled that delay in deciding the mercy petition by the president and mental illness of the death row convict were grounds for commuting death sentence to life imprisonment.

The court had held that insanity/mental illness/schizophrenia could be the grounds for seeking commutation of death sentence to life imprisonment.

The three judges' bench also said that while commuting the death sentence to life imprisonment on grounds of inordinate delay in deciding the mercy petition by the president, the court's decision would not be coloured by the consideration whether the person on death row was convicted under the provision of the Indian Penal Code or the terror law, Terrorist and Disruptive Activities (Prevention) Act (TADA).

The court while upturning the earlier judgement of April 12, 2013, in respect of Bhullar, had said: "We are of the view that unexplained delay is one of the grounds for commutation of sentence of death to life imprisonment and the said supervening circumstance is applicable to all types of cases, including the offences under TADA. The only aspect the courts have to satisfy is that the delay must be unreasonable and unexplained or inordinate at the hands of the executive."

The Apex court, by its April 12, 2013 verdict, while rejecting Bhullar's plea for commuting his death sentence to life imprisonment, had said, "If the enormity of the crime is such that a large number of innocent people are killed without rhyme or reason, the exercise of power by the president or the governor, as the case may be, not to entertain the prayer for mercy in such cases cannot be characterised as arbitrary or unreasonable and the court cannot exercise power of judicial review only on the ground of undue delay.”

Bhullar was given capital punishment for the September 11, 1993 blast at the Youth Congress (YC) office on Raisina Road, New Delhi, a stone's throw from Parliament House, which left nine dead. The attack was targeted against then YC leader Maninderjeet Singh Bitta. 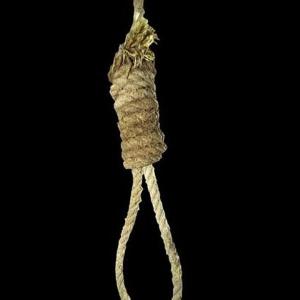