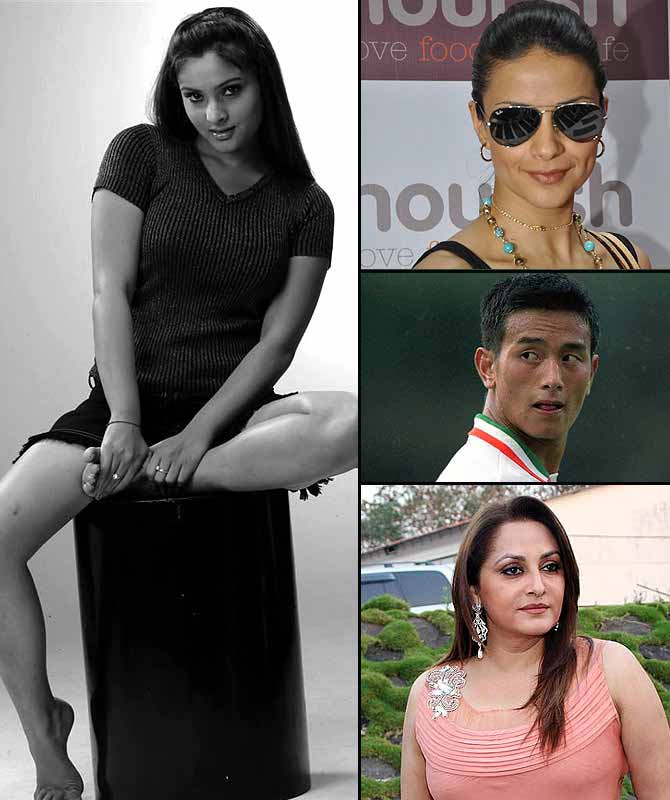 Here's a look at netas who glam up India's political brigade.

It’s probably the biggest show India has ever seen.

Starring in it, among others, is a 'Sandalwood Queen', a 'Disco King', magician and a Sikkimese sniper.

Rediff.com takes a look at star netas, some newbies, a few veterans, adding up to the glam quotient of Indian politics.

Click on NEXT to take a look the star netas... 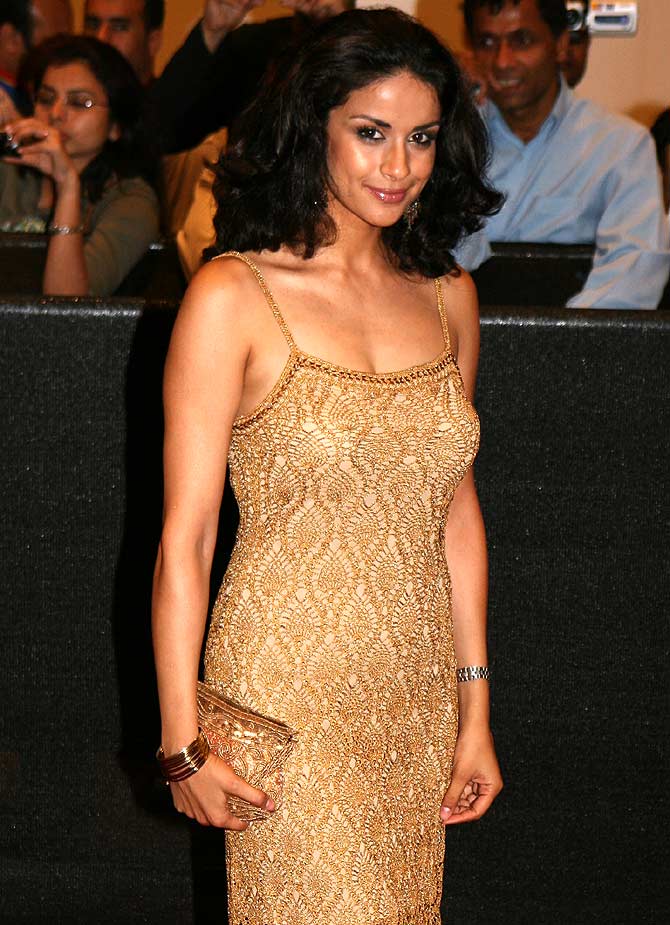 Claim to fame: Dazzling all with her smile, Gul won the Miss India title in 1999 and went on to participate in the Miss Universe pageant. She tried her hand at acting and appeared in films like Dor, Manorama Six Feet Under, to mention a few. The 35-year-old has been active in the social cause circuit campaigning against female foeticide.

Quote unquote: 'There is a time in every country's history when staying on the sidelines is no longer an option. We are on the cusp of transformational change in the country that is being heralded by AAP and Arvind Kejriwal'. 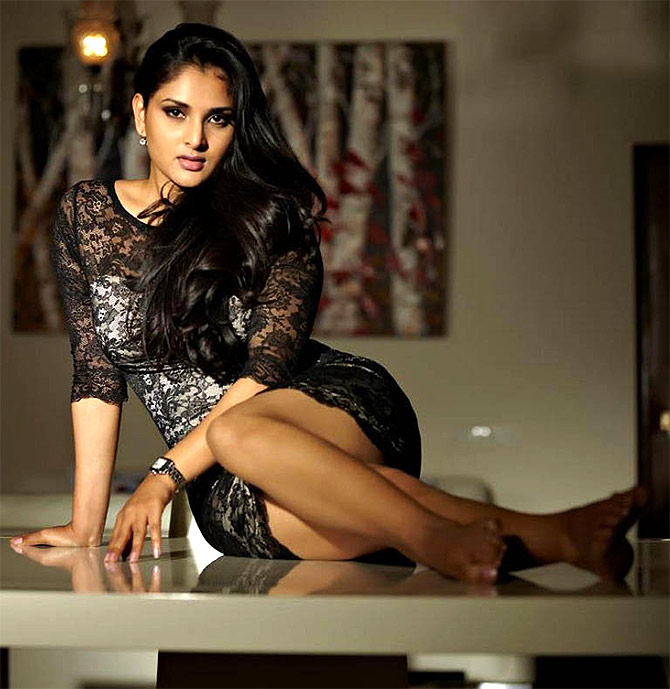 Opponent: Likely to be Actor Upendra (The BJP is still in talks with him.)

Claim to fame: Dubbed as the ‘Golden Girl of Kannada cinema’ and ‘Sandalwood Queen’, Ramya is a leading Kannada actor. She won a Filmfare Award for her roles in Thananam Thananam (2006) and Sanju Weds Geetha (2011).

Politics: At 30, she is India’s youngest woman MP. In the by-elections held last year, the southern beauty won with an impressive margin for 50,000 votes defeating Janata Dal-Secular’s C Putturaju.

Ramya became only the second Congress candidate after veteran actor-politician Ambareesh to win the Lok Sabha seat in Mandya, traditionally a bastion for the JD-S because of the dominant Vokkaliga community in the area.

Quote unquote: 'Besides the development work, I do believe my star power has and will add to votes,' Ramya told NDTV. 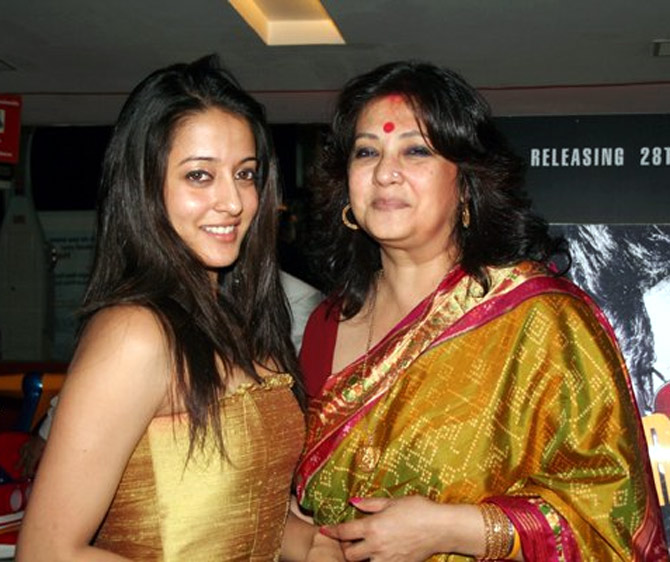 Claim to fame: Daughter of legendary Bengali actor Suchitra Sen, Moon Moon Sen was considered a sex symbol of her times. She has appeared in 60 films and 40 television series. Some of her famous appearances were in suspense thriller 100 Days, Sheesha and Telugu film Sirivennela.

Quote unquote: 'It's very difficult to look glamorous in summer but I'll see what I can do. There's no harm in that. I have thrown away all my gamchhas (a handspun wash cloth used like a towel to dry off after a bath in rural India). I've to buy some new ones,' Moon Moon Sen spoke to CNN-IBN about her campaign plans. Claim to fame: A filmmaker, some of Manjrekar’s best-known works are Vaastav, Kante and Marathi film Astitva, which won him the national award. As an actor, he first gained acclaim for his performance in Kaante. He also starred in the Oscar-winning film Slumdog Millionaire.

Quote Unquote: “This is the right time to plunge into politics. But I promise to retire when I am 60, as I want more youths to come (into politics).” 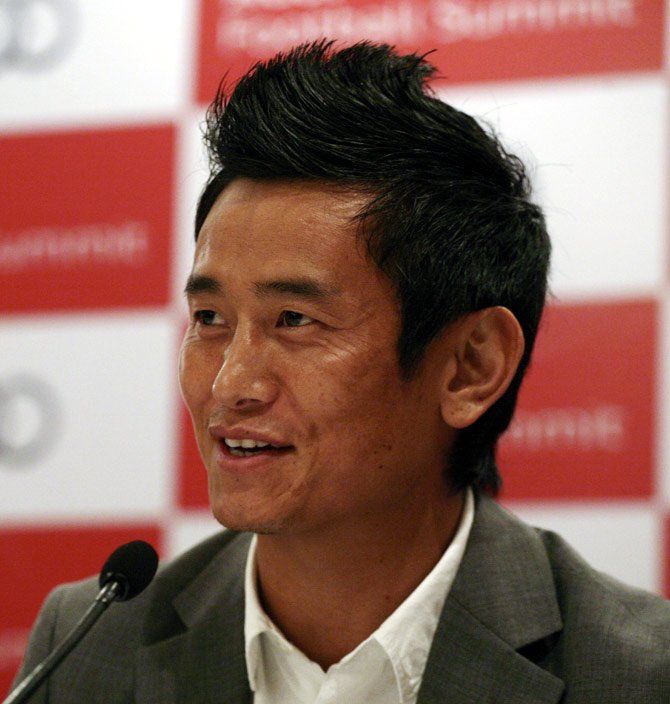 Claim to fame: Former skipper of the national football team, the Sikkim-based Bhutia is the country’s most capped player. In 1999, he became the first Indian footballer to sign a contract with a European club -- Bury. He also won the television dance reality show Jhalak Dikhlaa Jaa in 2009.

Quote unquote: "The enormity of the work I have to do has sunk in and I have to get cracking straightaway," Bhutia told IANS. Quote unquote: “You can’t keep away from politics. I think it’s the right time now.” Claim to fame: A Bollywood star of the 1990s, she made her debut opposite Salman Khan in Baaghi. She had a more successful stint in Tamil and Telugu films.

Quote Unquote. “My mom is Muslim and my dad is Hindu. We were brought up to respect all religions. Communal riots pained me. I wanted to do something. So I joined politics.” 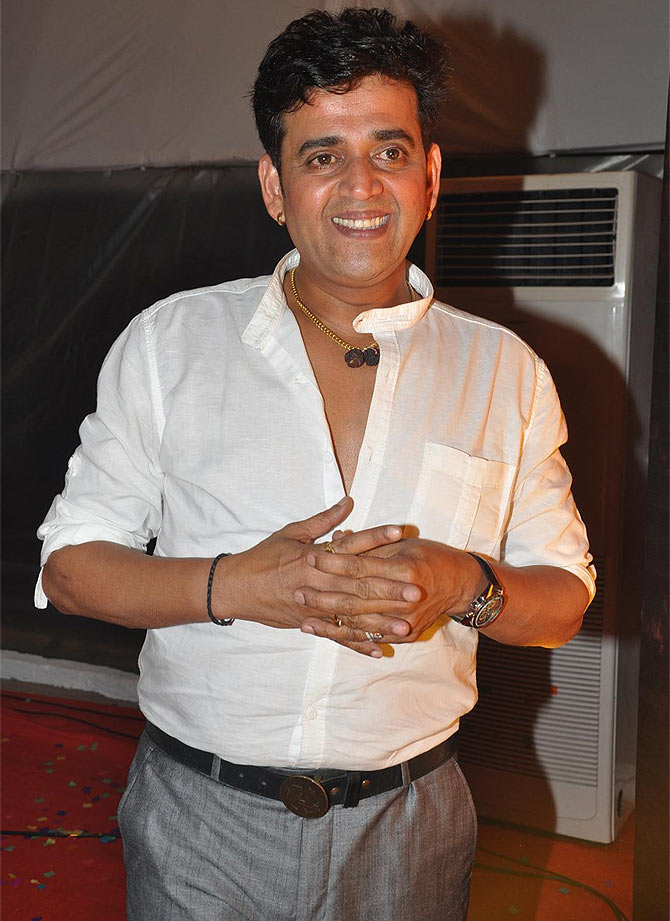 Claim to fame: This Bhojpuri superstar has have acted in over 50 Bhojpuri and 50 Bollywood films. Pandit Ji Batai Na Biyah Kab Hoi, Raavan, Ganga and Banke Bihari MLA are among his popular films.

Quote unquote: "My cinema will become my strength however I will refrain from ‘film dailoguebaazi’ during my campaign… I am confident that my fans will turn into my voters now. I’m not a mere crowd-puller.” 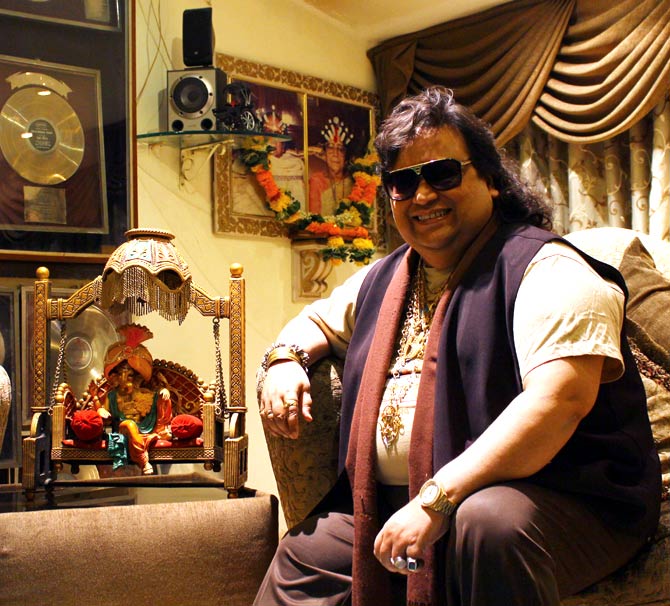 Battleground: Likely to be fielded from Darjeeling

Claim to fame: He has been dubbed as the ‘Disco King’ of Bollywood. The veteran composer and singer popularised disco music in the 1980s and 1990s. His soundtracks were behind some of the most iconic Bollywood numbers -- Disco Dancer, Jimmy Jimmy, Pagh Ghungroo Bandh Mera Nache Te.

Bappi da, as he is popularly called by his fans, entered the Guinness Books for recording 180 songs for 33 films in the year 1986, which remains unbeatable.

The ‘King of Bling’, his gold accessories, have become synonymous with Brand Bappi.

He joined the Congress in 2009, but has now switched sides to the BJP.

Quote unquote: “I am a seasoned politician who knows what politics can do if practiced in a proper way. I have not consulted any astrologer, but I can predict that Bappi Lahiri will always succeed.” Claim to fame: The son of PC Sorcar (Sr), Sorcar (Jr) is arguably the most renowned magician in the Indian sub-continent. A doctorate in philosophy, his Water of India show is extremely popular.

Quote unquote:  “Here I am, a BJP candidate, with a Muslim's blood running through my veins. This is simply magical,” Sorcar told Rediff.com. Read the full interview here 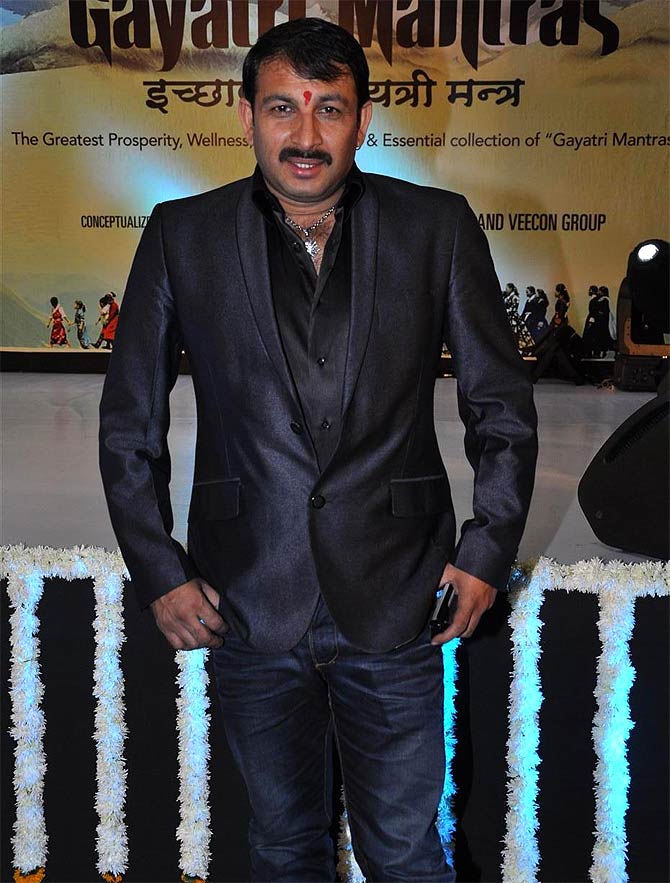 Claim to fame: He is one of the star performers (singer and actor) in Bhojpuri films. In 2005, BBC reported that Tiwari was able to charge $90,000 (about Rs 56 lakh) per film. Last year, he sang the popular number Jiya Ho Bihar Ke Lala, Jiya Tu Haazar Sala in Anurag Kashyap's Gangs of Wasseypur.

Politics: In 2009, Tiwari had contested from Gorakhpur parliamentary constituency in Uttar Pradesh on the Samajwadi Party ticket but lost to BJP's Yogi Adityanath.

Quote unquote: "My decision to join the BJP is largely influenced by Modi's persona." 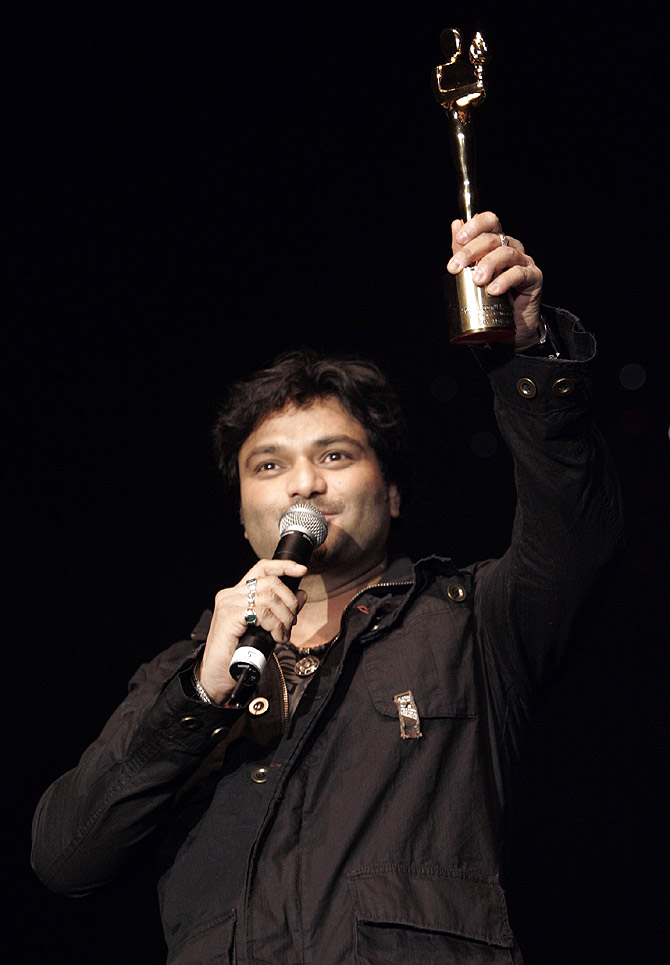 Quote unquote: “I like taking up challenges, and at the same time it's an opportunity to work for the people who have made me what I am today. I can now repay my admirers.” 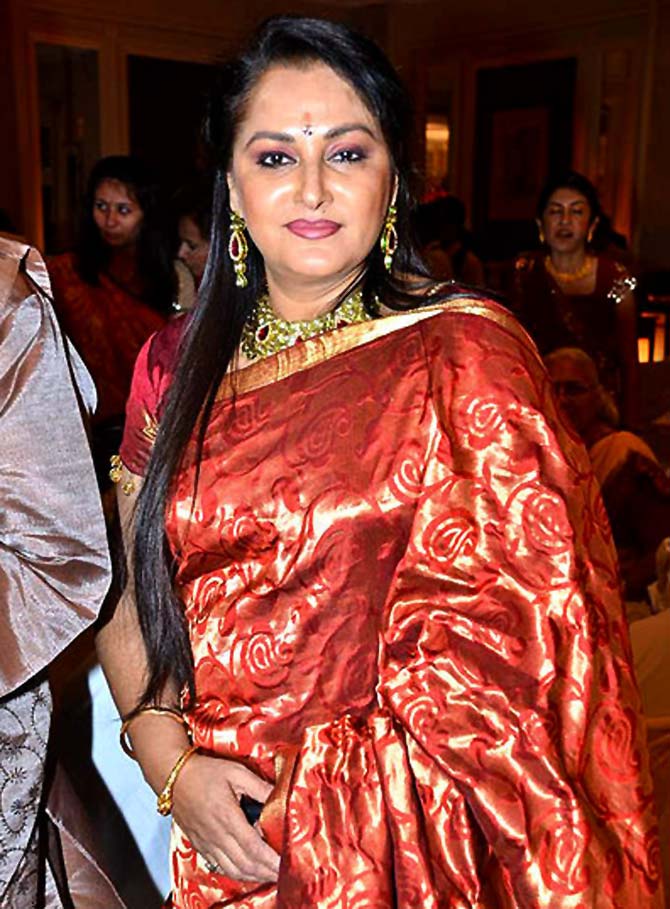 Claim to fame: A yesteryear's beauty, Jaya Prada was extremely popular in the 1980s and 1990s. She was once described by Satyajit Ray as the most beautiful actress in India.

Politics: Jaya first ventured into politics in 1994, when she joined the Telugu Desam Party. She switched over to the Samajwadi Party and won the 2004 polls from Rampur, Uttar Pradesh with a massive margin of 85,000 votes.

Quote unquote: "During my hour of crisis, he (Amar Singh) was there with me. He is my political mentor. I will never leave his side. I am not an opportunist." 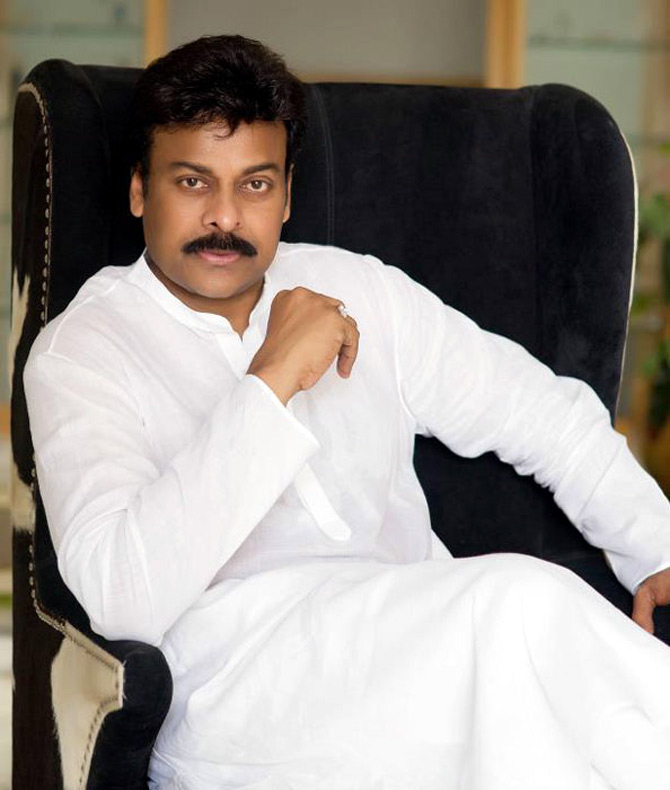 Claim to fame: A Telugu mega star, Chiranjeevi was named ‘bigger than Amitabh Bachchan’ by popular magazines Filmfare and India Today. In a film career spanning more than 30 years, Chiranjeevi has starred in 149 feature films.

In 1987, he became the first south Indian actor to be invited to attend the 59th Academy Awards ceremony. For his contribution to cinema, he was honoured the Padma Bhushan.

Politics: In 2008, he forayed into politics and launched the Praja Rajyam Party. A year later, he was elected as an MLA from Tirupati. It was in 2011 that his party merged with the Congress.

Quote Unquote: “Who called me into politics? It was you people. What do you want? It should be rule by the people for the people," he said during the launch of his Praja Rajyam Party, which he later merged with the Congress. 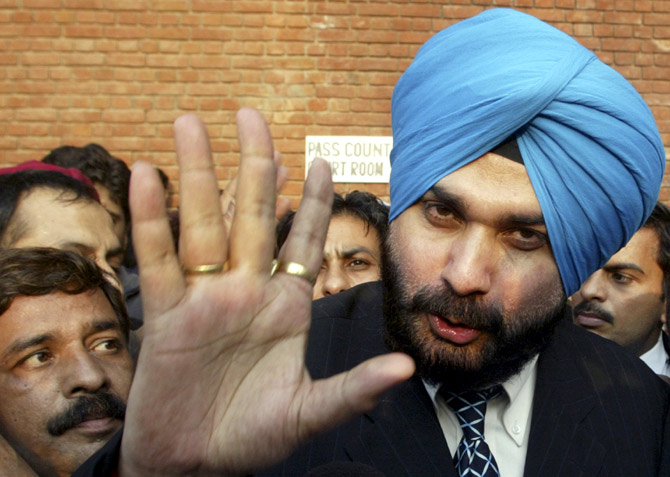 Claim to fame: His cricketing career has been volatile, though he earned the nickname ‘Sixer Sidhu’ for his explosive batting. He has the gift of the gab and a vibrant personality, traits that worked for him as he took to cricket commentary and television talk shows.

Quote Unquote: "Nobody travels on the road to success without a puncture or two."