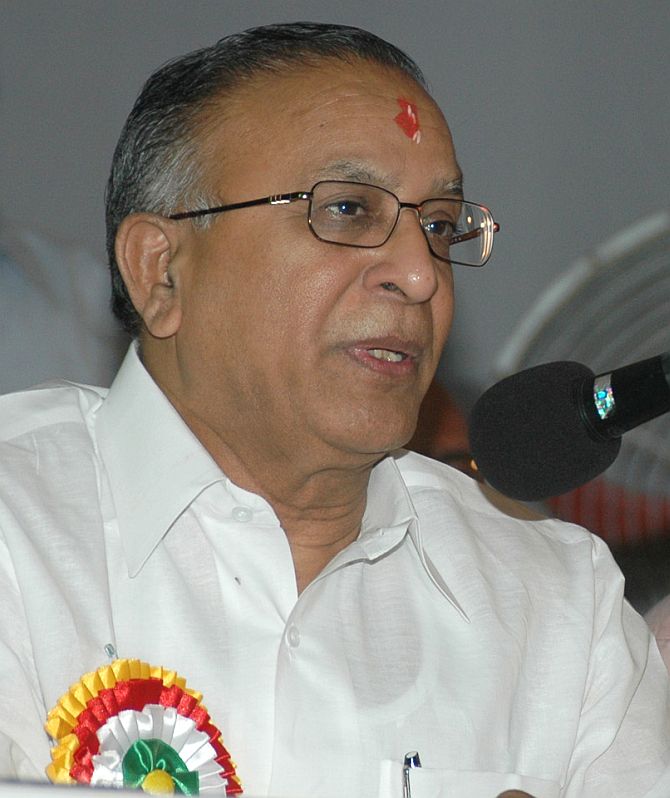 Science and Technology Minister S Jaipal Reddy, who represents the Chevella Lok Sabha constituency in Andhra Pradesh, is considered a front runner for the post of chief minister of the proposed state of Telangana.

Although Reddy has been favourably inclined to the formation of a separate Telangana, he has refrained from adopting a strident public position on this emotive issue. He continues to maintain a low-profile on this issue even after the United Progressive Alliance government decided to go ahead with the bifurcation of Andhra Pradesh and set up a group of ministers to work out the modalities of the division of the state.

He has also been avoiding the media glare. It was only after a lot of persuasion that a reluctant Reddy agreed to give his first formal interview to rediff.com’s Anita Katyal.

Here’s the transcript of that interview:

The UPA government’s decision on the formation of Telangana has fanned massive protests in the Seemandhra regions. The people here are feeling insecure about their future. How do you look at the unfolding situation there?

The decision in favour of a Telangana state was taken by the Congress Working Committee on July 30 and the decision to appoint a group of Ministers to work out the details of the bifurcation of Andhra Pradesh was taken on October 3.

The GOM is working on the Bill for creation of Telangana and while doing so, it will fully take into account all the fears and hopes of the people of Seemandhra regions. There will be some provisions in the Bill to address their apprehensions

The people here have a lot of fears about Hyderabad; they are also afraid about the security of lives of people from these regions. Although there are standard constitutional and legal guarantees already in place, the Bill will be prepared in such a manner as to provide special safeguards for the people living in Hyderabad city. 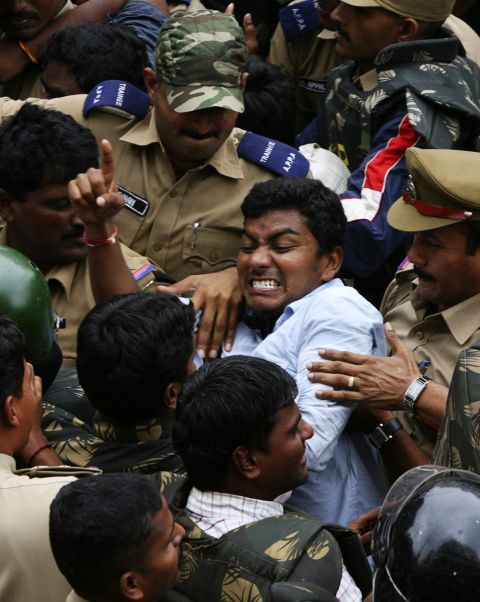 People of Seemandhra regions also worry about the loss of employment opportunities. In a big city like Hyderabad, almost all the jobs are in the private sector and there’s no reservation for locals anyway. IT companies recruit personnel on merit from all over India.

I would say, the fears of the people of Seemandhra regions are incorrect… they are being fuelled by vested interests.

Are you suggesting that the protests in Seemandhra have been orchestrated?

Any such popular movement is often provoked by vested interests and popular sentiment. The sense of loss in Seemandhra regions about Hyderabad city is extensive, even though it is irrational.

There have been allegations that Andhra Pradesh Chief Minister Kiran Kumar Reddy did not take timely measures to put down the agitation, but on the contrary, he encouraged the protests.

Since the Chief Minister has taken a strong stand against the bifurcation of the state, there are popular doubts about his role.

Besides employment and security, people of Seemandhra are also concerned about other issues like sharing of waters and power…

I admit these are contentious issues but there are well-laid-down all-India parameters to divide a state’s assets. After all, Andhra Pradesh is not the first state in the country to be divided. 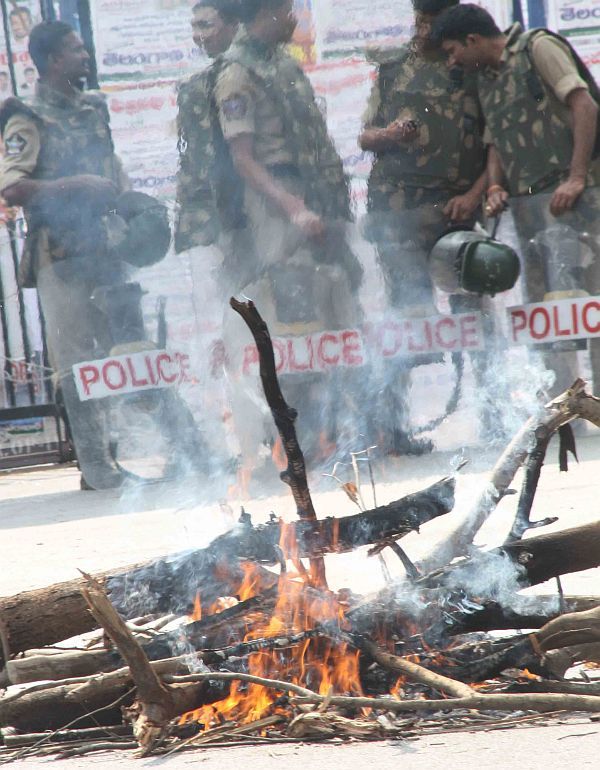 The protests in Seemandhra were called off to ensure smooth management of cyclone Phailin. Do you think the agitation will be revived now that the cyclone has waned?

The government employees in Seemandhra regions went on a huge strike for 75 days -- a rare event in the country’s history.

I don’t think they should go on a further agitation to make their point. The employees have not called off their strike formally. Since huge damage was likely to take place in the wake of the cyclone, the employees were responsible enough to attend to their duties in the affected areas. I appeal to them to call off their strike. I have also told them we all will work together to find a solution to their problems even after ten years of the formation of Telangana state.

We will continue to speak to them even after the strike is over. We don’t want the state to come into being with so much disaffection and ill will.

You have mentioned that the GOM set up by the Centre will be looking into all the contentious issues, but its composition has come in for criticism as it has no representative from the state.

That’s because all Cabinet ministers and senior leaders of Andhra Pradesh have all taken respective positions on the issue. I am sure the GOM could easily do the job without any of them -- it is not lacking in inputs. Besides other matters, it will also give shape to the concept of having Hyderabad as a common capital -- it has to work only ten years. 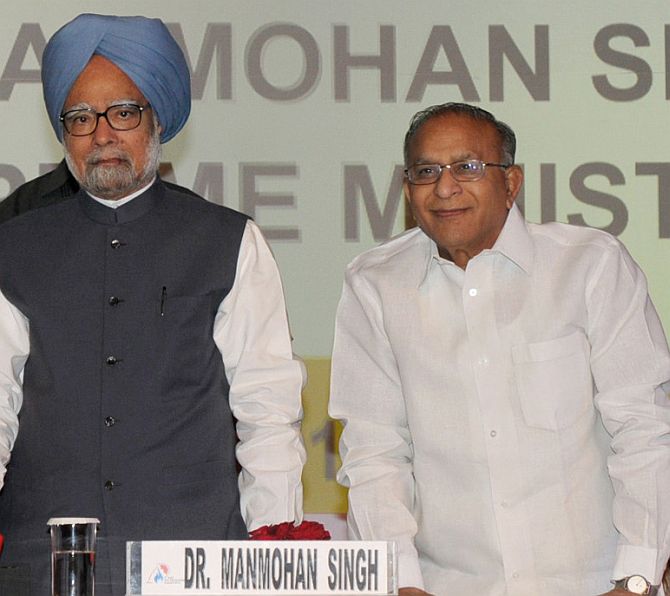 The Congress is expected to pay a heavy political price for its handling of the Telangana issue. Isn’t it a fact that the decision was driven by political considerations?


I don’t share this pessimistic assessment. The Congress first took a decision on Telangana on December 9, 2009 soon after the last Lok Sabha elections. It had also promised Telangana in its 2004 election manifesto. It is not correct to say that the decision was a political one -- this promise was nine years old. I think political costs were not taken into consideration while taking this decision.

But the Congress is facing an exodus from its ranks to the YSR Congress in Seemandhra as it is expected to make huge electoral gains in these regions.


There is no exodus... some individuals are leaving. There are 19 MPs from these regions but only one has taken a view in favour of Jaganmohan Reddy’s YSR Congress.

Your Cabinet colleague K S Rao has said the Congress will suffer politically for its decision on Telangana.

That is his view.

There is a lot talk about the imposition of President’s rule in the state in view of the ground situation there. Is there any merit in these reports?

I don’t know about it.

Finally, am I speaking to the future Chief Minister of Telangana?

That question of looking at this possibility has not arisen as the formation of Telangana is still some time away.