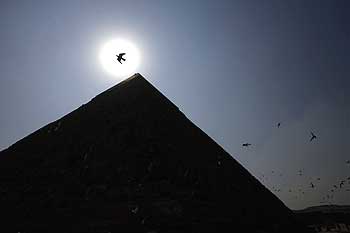 Egyptian archaeologists claim to have discovered a new set of tombs which proves that the men who built the great pyramids, more than 4,000 years ago, were not slaves -- but paid labourers.

In fact, the thousands of men who built the last remaining wonder of the ancient world regularly ate meat and worked three-month rotating shifts; they were also given the honour of being buried in mud brick tombs within the shadow of the sacred pyramids they worked on, the archaeologists say.

The tombs date back to the country's fourth dynasty between 2575 BC and 2467 BC and it was during this time that the great pyramids were built, the 'Daily Mail' quoted Head of Egypt's Supreme Council of Antiquities Zahi Hawass as saying.

Graves belonging to workers who helped build the pyramids were first discovered in the area in 1990 but further discoveries such as this show the workers were paid labourers rather than slaves.

Hawass said: "These tombs were built beside the King's pyramid which indicates that these people weren't by any means slaves. If they were slaves they would not have been able to build their tombs beside their King's."

Hawass added that archaeological evidence at the site indicated that the 10,000-strong army of workers ate 21 cattle and 23 sheep a day, sent to them from farms in northern and southern Egypt.

The workers were rotated every three months. The workers' tombs of this era were usually conical in shape and made from mud brick. They would then be covered in white plaster, probably echoing the nearby limestone-clad pyramids of the Kings, the archaeologists say.

The most important of the new discoveries was a tomb belonging to a man named Idu. It was a regular structure with a plaster-covered mud brick casing.

The tomb containing skeletal remains and featured burial shafts encased in white limestone and clay pots. "It is important to find tombs that belong to lower class people that are not made out of stone and tell you the social origin and wealth of a range of people," Salima Ikram, a professor of Egyptology at the American University in Cairo, was quoted as saying.

Image: The Great Pyramids of Giza on the outskirts of Cairo 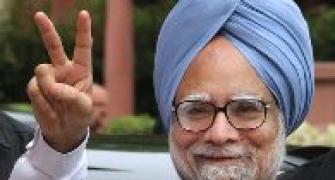 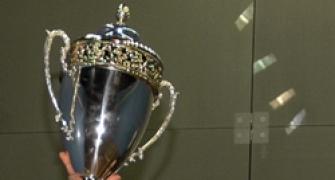 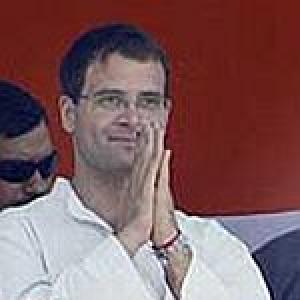