Government learns from the past, says coastal security stronger 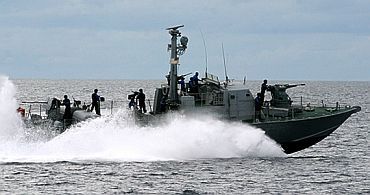 On the sixth anniversary of the Mumbai terror attacks, the government said the overall coastal and maritime security along the entire coast is ‘much stronger than before’ as several steps have been taken in this direction.

At any given time, the entire west coast is under continuous surveillance by ships and aircraft of Navy and Coast Guard, an official statement released said.

In order to be better prepared to prevent a 26/11-type attack from the sea, the Indian Navy, along with the Coast Guard and Indian Air Force, is conducting the annual Defence of Gujarat Exercise for five days.

“On the occasion of the sixth anniversary of the Mumbai terror attacks, over 30 ships and submarines and aircraft of the Indian Navy, Indian Air Force, Coast Guard and state agencies have been deployed for this exercise off the Western Coast of India.

During this exercise, the defence of the offshore oil production areas will also be tested. This exercise will provide an opportunity to finetune standard operation procedures and test new operational concepts for coastal security, the statement said.

It added that since 2008, coastal and maritime security has been strengthened substantially by “successful” implementation of technical, organisational and procedural initiatives by all maritime security agencies.

Plugging gaps, where identified, is a continuous process that is being addressed appropriately, it said.

After the 26/11 attacks in Mumbai in 2008, several measures were announced by the government to strengthen coastal and maritime security along the entire coast.

“Due to the coordinated efforts of all concerned, all these measures are now in place and overall maritime security is much stronger than before,” the statement said.

Joint Operations Centres, set up by the Navy as command and control hubs for coastal security at Mumbai, Visakhapatnam, Kochi and Port Blair are fully operational.

“As a result, potential threats have been detected and actions have been taken to mitigate them in good time,” the statement said.

Coordination between nearly 15 national and state agencies has improved dramatically due to regular exercises conducted by the Navy in all coastal states, the statement said.

Nationwide, over 100 such exercises have been conducted till date since 2008, it added.

In addition to continuous patrolling by Navy and Coast Guard, modern technical measures have also been implemented for coastal surveillance by way of a chain of 74 Automatic Identification System  receivers for gapless cover along the entire coast.

This is complemented by a chain of overlapping 46 coastal radars in coastal areas of our mainland and islands.

A second phase of coastal radars is also being implemented to plug the small gaps in some places. It said fishing communities have become the “eyes and ears” of our security architecture.

This has been achieved by spreading awareness in these communities through coastal security awareness campaigns, conducted by the Indian Navy and Coast Guard, in all coastal districts of the country. 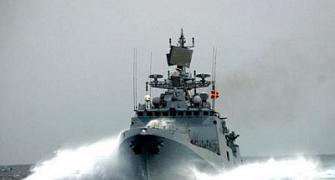 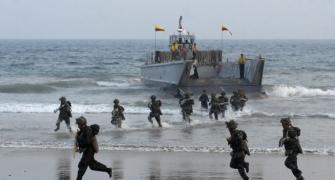 India in talks with 24 countries to boost maritime security 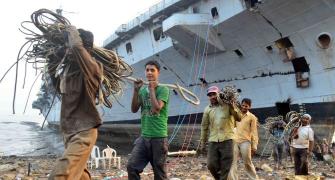 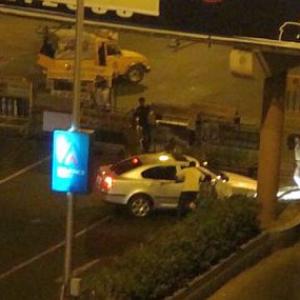