Six persons were killed while some others are feared trapped after a two storeyed building collapsed in New Delhi in the wee hours on Wednesday.

The incident took place in a building in Brahmapuri near Usmanpur at 4.25 am, fire brigade officials said.

The bodies of three men and three women were recovered by rescue operators during the clearance of debris. 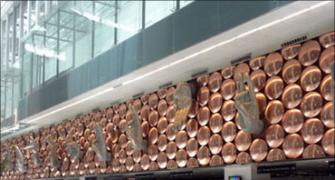 Delhi has a new airport