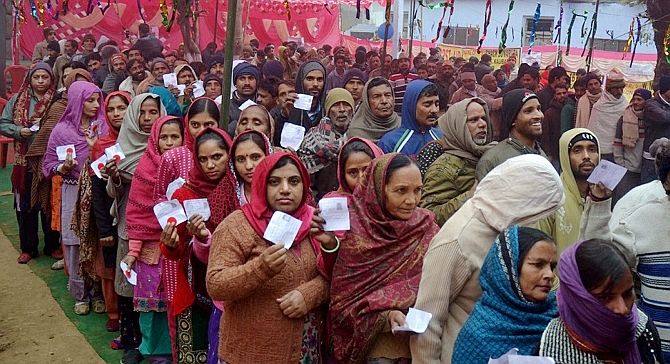 Six Jharkhand Vikas Morcha-Prajatantrik MLAs on Wednesday joined the Bharatiya Janata Party, a day after petitioning the speaker to allow them to sit alongside ruling BJP-led coalition members in the state assembly.

The JVM-P MLAs joined BJP at Jharkhand Bhavan here in presence of Das and other BJP leaders.

Earlier BJP had 37 MLAs of its own, and it had formed the government in the state with the help of MLAs from Sudesh Mahto's All Jharkhand Students Union.

Now the alliance has 48 MLAs and is much more comfortably placed in the 81-member assembly.

Replying to a question as to why BJP was trying to break other parties, Das said, “I am not interested in breaking but connecting others. Those who want to support the BJP government in carrying out the development of the state are welcome.”

The six MLAs had yesterday requested the speaker to allot them separate seats alongside ruling party members.

JVM president and former Jharkhand chief minister Babulal Marandi had accused the BJP of trying to poach MLAs from his party and the Congress, a charge denied by the saffron party.

The former chief minister had on Monday suspended Jaiswal, Bauri, Chourasia and Ganju on the ground of alleged anti-party activities.

Marandi, who had led the first BJP-led National Democratic Alliance government after Jharkhand was carved out of Bihar on 15 November, 2000, left the saffron party and floated JVM a few years ago.

Thereafter, Jharkhand saw rise and fall of several governments before the 10th government was formed on December 28 last year.

Marandi was the first CM of Jharkhand when BJP had formed government in the state after the bifurcation of Bihar in 2000.

Later, Marandi had parted ways from BJP over the issues of chief ministership and formed his own party JVM-P.

Recently efforts have been made by BJP to convince Marandi to come back to the parent party and merge JVM-P with BJP which Marandi had declined.

“It's a clear violation of the Tenth Schedule, which states that defection will not apply only in case the original party, along with its 2/3rd legislature party, merges with another party or a new political party is formed,” JVM Legislature Party leader Pradip Yadav said at a press conference.

Quoting the Constitution and pointing out as to how an MLA attracts disqualification if the member voluntarily gives up membership of such political party among other provisions, he said, “But, in this case only six MLAs joined and not the original party. We will move the (office of) Speaker and if we don't get justice there within two days, we will move the High Court.”

He said the party observed 'black day' today in protest against the 'violation of the Constitution' and its leaders and activists would observe fast on the day Chief Minister Raghubar Das expands his Cabinet.

He alleged that BJP's unconstitutional step “shamed” the country and was a “dark lesson to the book of democracy” on a day when it observes the death anniversary of Pandit Deendayal Upadhyay.

Yadav further alleged despite winning a majority in the recently held Assembly elections, BJP indulged in poaching “because they want to give mineral resources to the rich.” 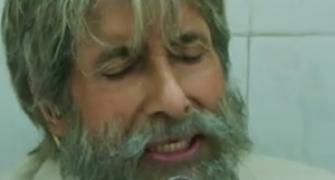 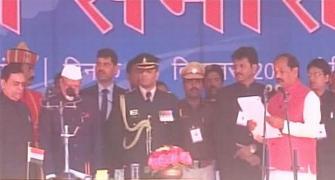 Why Shanti Bhushan is unhappy with AAP's landslide victory Add some delicious romance to your Valentine's Day