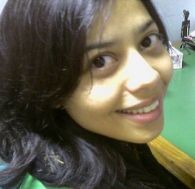 Six books were nominated for the Shakti Bhatt First Book Prize this year. The books in contention for this year’s cash prize of Rs 1 lakh and trophy are: Boats on Land by Janice Pariat, India Becoming by Akash Kapur, The King’s Harvest by Chetan Raj Shreshta, The Wildings by Nilanjana Roy, Foreign by Sonora Jha and a pleasant kind of heavy and other stories by aranyani.

Writer and arts consultant Sanjay Iyer and poet and novelist Jeet Thayil selected the six titles from a list of 74.

“Arguably, this is one of the strongest shortlists in the prize’s history,” said Iyer.

“The books represent a variety of genres as well as concerns, and the advisory board recognised the quality of books published in India by Indian authors living elsewhere. The stories and non-fictions take us from the far reaches of Meghalaya and Sikkim, through the length and breadth of India to the whimsical universe of street cats in a neighbourhood in New Delhi,” he added.

Boats on Land and Foreign explore socio-economic realities in Meghalaya and Vidharba respectively, through poignant and moving fictional lenses.  India Becoming has a sweeping canvas that explores changing lives through an important work of non-fiction.

The King’s Harvest is two novellas that create magic out of the particularities of Sikkim. aranyani is the pseudonymous author of a pleasant kind of heavy and other stories, classic and classy literary erotica set in a South Indian milieu.

The Wildings is a startling narrative in which the characters are street cats in Delhi’s Nizamuddin East.

The winner will be announced in November, 2013.