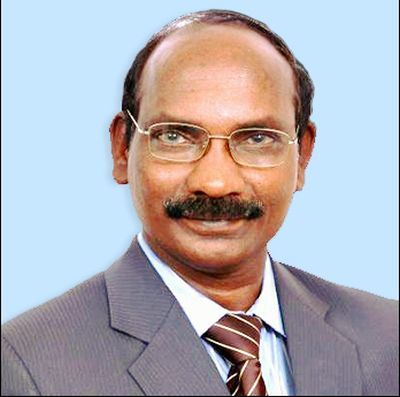 Noted scientist Sivan K was on Wednesday appointed as the chairman of Indian Space Research Organisation to replace A S Kiran Kumar.

The announcement comes two days ahead of the proposed historic launch of the ISRO's 100th satellite along with 30 others in a single mission from Sriharikota.

The appointments committee of the Cabinet approved Sivan's appointment as secretary, department of space and chairman of space commission for a tenure of three years, an order issued by the personnel ministry said.

Sivan, at present Director of Vikram Sarabhai Space Centre, will succeed Kumar who took over as ISRO chairman on January 12, 2015.

Sivan graduated from Madras Institute of Technology in aeronautical engineering in 1980 and completed Master of Engineering in Aerospace engineering from IISc, Bangalore in 1982, according to his biodata.

Subsequently, he completed his PhD in Aerospace engineering from IIT, Bombay in 2006.

He held various responsibilities during his stint in ISRO.

Sivan has numerous publications in various journals and is a fellow of Indian National Academy of Engineering, Aeronautical Society of India and Systems Society of India.

He has received various awards throughout his career which includes Doctor of Science (Honoris Causa) from Sathyabama University, Chennai in April 2014 and Shri Hari Om Ashram Prerit Dr Vikram Sarabhai Research award for 1999.

The ISRO is scheduled to launch the first PSLV mission after the unsuccessful launch of the navigation satellite IRNSS-1H in August last year.

"The 31 spacecrafts, including weather observation Cartosat-2 series satellite, will be launched by PSLV-C40," ISRO Satellite Centre director M Annadurai had said on Tuesday.

When the last satellite is ejected out it will become the hundredth satellite," he said.

PSLV-C40 will launch the 710 kg Cartosat-2 series satellite for earth observation and 30 co-passengers (together weighing about 613 kg) at lift-off on January 12 at 09.28 am, ISRO said.

It will be launched from the first launch pad of the Satish Dhawan Space Centre at Sriharikota, about 100 km from Chennai.

On August 31, India's mission to launch its backup navigation satellite IRNSS-1H on board PSLV-C39 failed after a technical fault on the final leg following a perfect launch. 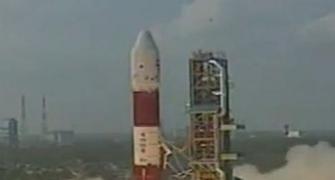 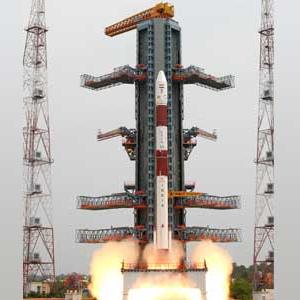