Nagaenthran Dharmalingam, a mentally challenged Indian-origin Malaysian man found guilty of drug trafficking, was executed in Singapore on Wednesday, his family said, after a top court dismissed a last-ditch legal challenge from his mother in a controversial case that caught global attention and attracted calls for clemency. 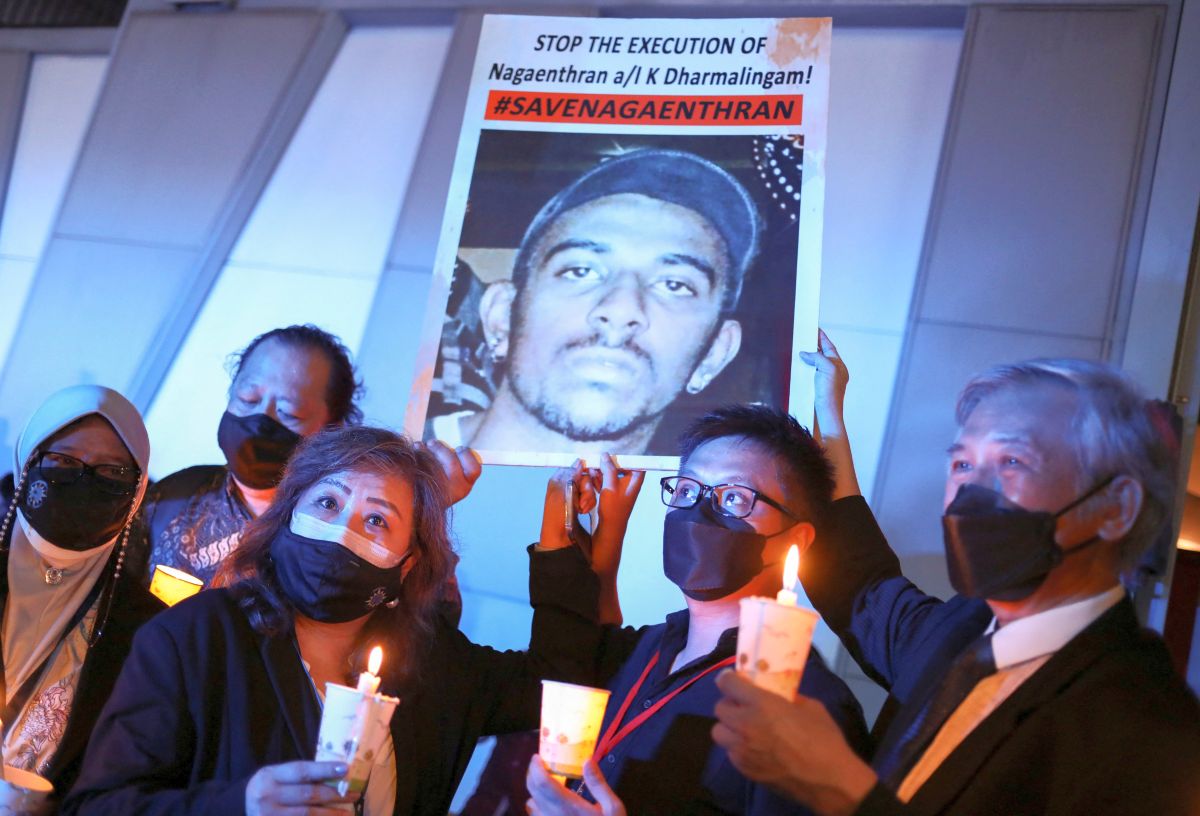 Dharmalingam, 34, was arrested in 2009 for trafficking 42.72 grams of heroin into Singapore, which has some of the world's toughest drugs laws, and was handed a death sentence the following year.

He was caught at Woodlands Checkpoint (a causeway link with Peninsular Malaysia) while entering Singapore, with the bundle of drugs strapped to his thigh.

His brother Navin Kumar told Malaysia's national news agency Bernama the execution was carried out on Wednesday morning and the funeral would be held in the town of Ipoh in Malaysia.

Dharmalingam was on death row for more than a decade and exhausted all legal recourse.

He was first scheduled to be hanged on November 10 last year but filed a last-minute challenge.

His case was highly controversial as he was assessed by a medical expert to have an IQ of 69, a level that indicates an intellectual disability.

He spent more than a decade mounting legal challenges but they were dismissed by Singapore's courts.

A push for presidential clemency was also rejected last year.

"The Court of Appeal found that this was the working of a criminal mind, weighing the risks and countervailing benefits associated with the criminal conduct in question," said Singapore's Ministry of Home Affairs in an earlier statement.

His mother, who came to the Singapore court from northern Malaysia, failed in her last-minute appeal to save her son on Tuesday.

Her last-minute application was dismissed by a three-judge Court of Appeal, comprising Justices Andrew Phang, Judith Prakash and Belinda Ang.

Justice Phang said the application was patently devoid of factual and legal merit, and was a clear continuation of tactics to “drip-feed” applications to prevent the sentence from being carried out, Singapore's The Straits Times newspaper reported.

The court said Dharmalingam has been given "due process in accordance with the law", prompting his relatives to break down in tears in court.

At the end of Tuesday's hearing, Dharmalingam and his family reached through a gap in a glass screen to grasp each others' hands tightly as they wept. His cries of "ma" could be heard around the courtroom, a media report said.

The attempt came nearly a month after a five-judge Court of Appeal, led by Chief Justice Sundaresh Menon, on March 29 rejected Dharmalingam's last-ditch bid to challenge his death sentence, calling it a blatant and egregious abuse of the court's processes.

Earlier on Tuesday, before a packed courtroom, Madam Panchalai Supermaniam told the court through a Tamil interpreter: "I want my son back alive, Your Honour."

She said that she needed time to get a lawyer.

On March 1, Dharmalingam's lawyers argued that he was "not competent" to be executed, claiming he was mentally disabled.

On March 29, the five-judge court said there was no admissible evidence showing any decline in his mental condition.

The only evidence offered by Dharmalingam's former lawyer M Ravi was a "self-serving" affidavit in which he speculated that the inmate had the mental age of a person under the age of 18, the report said.

Dismissing the mother's last-ditch legal challenge, Singapore's Attorney General's Chambers said on Wednesday, "This a last-minute application, brought just two days before the scheduled execution, and is the seventh application (not including appeals) brought by Nagaenthran after his appeal against conviction was dismissed by the Court of Appeal in 2011 more than 10 years ago".

"It is the latest attempt to abuse the court's processes and unjustifiably delay the carrying into effect of the lawful sentence imposed on Nagaenthran," it said.

The plan to execute him sparked widespread criticism due to concerns about his intellectual disabilities, with the United Nations, the European Union and British billionaire Richard Branson among those condemning it.

In November last year, it was reported that Malaysian Prime Minister Ismail Sabri Yaakob had written to his Singapore counterpart Lee Hsien Loong seeking leniency in this case.

Thousands of others had also signed a petition, arguing that the execution of a mentally ill person is prohibited under international human rights law.

The execution was on Tuesday condemned by rights group Reprieve, who called him the "victim of a tragic miscarriage of justice".

"Nagen's last days were spent, like much of the last decade, in the torturous isolation of solitary confinement," said Reprieve's Director Maya Foa.

"Our thoughts are with Nagen's family, who never stopped fighting for him; their pain is unimaginable."

He was supposed to be hanged on November 10, 2021, but found temporary respite on November 9 after the court was told he had tested positive for Covid-19 when he appeared for a last-bid attempt against his death sentence, Malaysia's official Bernama news agency reported.

Under Singapore's laws, those caught carrying more than 15 grams of heroin are subject to the death penalty.

Singapore resumed executions last month after a hiatus of more than two years, when it executed another drug trafficker. 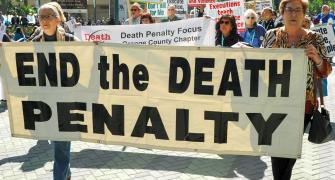 'One hardly finds a rich person going to the gallows' 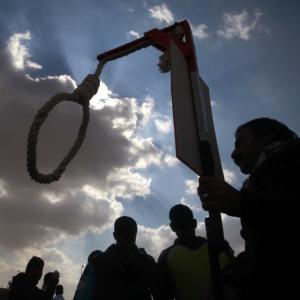