'A speedy trial is absolutely essential.'
'Not only justice is given, it is given expeditiously.' 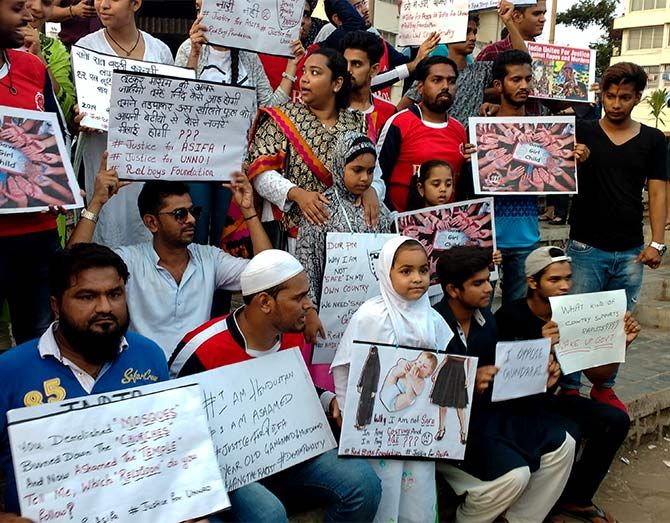 Supreme Court lawyer Alakh Alok Srivastava has taken it as his mission to ensure that the death penalty is awarded to sex offenders of small children.

Srivastava filed a PIL in the Supreme Court seeking investigation into and trial of cases involving the rape of children below the age of 12 years, under the POCSO (Protection of Children from Sexual Offences) Act, to be completed within six months from the date of lodging of the FIR.

After the shocking gang-rape and murder of an 8-year-old child in Kathua, Jammu and Kashmir, the government on Saturday issued an ordinance to amend the POCSO Act that prescribes the death penalty for those convicted of the rape of children below the age of 12.

"We should not get misguided by vested interests who are trying to give a religious and political colour to a gruesome tragedy," Srivatsava, below, tells Rediff.com's Shobha Warrier.

That is because there is no fear of law.

The Kathua rape did not happen now; it is a three-month-old case. People started talking about it now because the media picked it up suddenly.

Why did we not see the outrage three months ago? That is because we have become so insensitive that if there is a news item about a rape in some corner of the newspaper, we tend to ignore it.

The rape of the 8-month-old baby happened just a month ago.

The fact is, with every passing day, India is witnessing more and more gruesome, barbaric and inhuman incidents of rape.

Unless strong punishment is given at the appropriate time, this will not stop.

You wanted rapists of children below the age of 12 to be given the death sentence.

I had sent a request to the prime minister to consider amending the POCSO Act. It is after that Minister Maneka Gandhi announced that they were going to move a Cabinet note to provide the death penalty for such sex offenders.

Like we discussed the last time, merely providing the death penalty is not sufficient, everyone in the system needs to sensitised.

Above all, a speedy trial is absolutely essential. Such cases have to be dealt with expeditiously.

Now that the government is going to include the death penalty, the entire machinery has to be upgraded and improved in a holistic manner so that small children get justice. 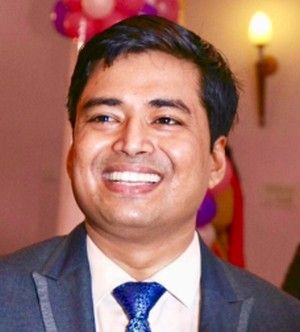 Some states already have the law. The truth is we have not heard of a single death penalty for such crimes.

Let me correct you. There are death penalties being awarded.

So, what is needed is not just giving the death penalty, there has to be a provision that it is actually done.

In the case of the Nirbhaya case, the delay is on the part of the judiciary.

The case has been pending in court for the last many years and hanging has not taken place.

This gives courage to such criminals to commit the crime without any fear.

There was so much outrage over the Nirbhaya case, yet nothing has happened to the criminals. So, these criminals think nothing will happen to them also.

Were you not disturbed by the conduct of lawyers in the Kathua court?

In the Kathua case, there are two broad aspects that have to be considered.

The first pertains to the gruesome manner in which the crime was committed. I feel all of us are guilty of something so inhuman happening to a small child.

We could neither stop such the crime nor provide justice to her.

The second most disturbing part is the conduct shown by my fellow lawyers of the Kathua court.

I have heard that an FIR has been registered, and rightly so.

We the Supreme Court lawyers totally condemn the conduct of the Kathua court lawyers.

We want to send a message to the country that all lawyers of the country do not support the inhuman behaviour of the Kathua court lawyers.

In fact, we are against it and condemn it in very strong words. They are trying to give a wrong colour to the whole case.

Can religion be dragged into such rape cases?

You just cannot drag Hindu-Muslim into a case trying to provide justice to an 8-year-old girl.

You just cannot bring religious sentiments into such cases.

Do you think the case has got a political colour now?

That is because in the last three months, nothing happened.

So, today, if political leaders and celebrities are raising their voice against the Kathua rape, that is because the government did not act in the month of January.

If the government had acted swiftly and imparted justice, the trial would have taken place by now.

Or, when the protests were going on, if the government has acted in a more effective way, the outrage we see now would not have happened.

At the same time, let me also say that we must not bring politics into such a brutal and inhuman crime.

Politics has nothing to do with it. I want all political parties to stay away from the issue.

We also have to deal with the case with utmost urgency.

Can anything justify political parties playing politics over such a heinous crime?

It was absolutely shocking.

In all the cases, the real sufferers are the small children.

It is unpardonable to give political and religious colour to such crimes.

We are only dealing with some wrong elements in society. Let us not allow any party to play politics over a crime committed on a small child.

I would also say that our entire system is such that the delay or negligence taking place in such cases is giving a chance to political parties to play politics.

Just because our justice system is incapable of providing justice at the right time, just because the child was born in a country where there was no fear of law, the criminals are not afraid of committing such crimes.

Is it the fault of the child that she was born in India?

With every passing day, we are witnessing more and more gruesome rape cases and India has got the image of a rape country.

All the other glories we have achieved are fading in front of this.

Let us not differentiate between the rape of an 8-month-old baby in Delhi or this 8 year old in Kathua and all the other cases that have happened in other places too.

The only message we are giving to the world is that India is the rape capital of the world.

You spoke of sensitising the system. Don't you think we have to sensitise the political system first?

Absolutely. The policy-makers and law-makers have to be sensitised first. They are required to lead the way.

Then, the bureaucrats and others down the line will also get sensitised.

When we went to court asking for the death penalty to sex offenders, the government had opposed it. Today, they have realised the need to change their stand.

I must say the government has taken a huge step. But it has to go beyond.

You need a speedy trial too. Not only justice is given, it is given expeditiously.

The fact is, if you don't raise your voice when such crimes are happening in your neighbour's house, tomorrow it can happen in your house, too.

Before it is too late, let everyone be responsible.