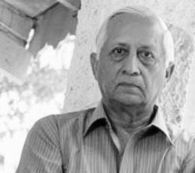 A 26-year-old Sikh man was on Friday jailed for 10 years in London for making an attempt on the life of Lt Gen (retd) Kuldip Singh Brar, who led the 1984 Operation Bluestar to flush out extremists from the Golden Temple.

The pro-Khalistani supporters tried to slash the throat of 78-year-old Brar in a revenge attack on the streets of central London in 2012 for his role in leading the operation at the Sikh holy shrine in Amritsar.

Lakhbir Singh was the fifth man to be sentenced for the attack after being convicted for grievous bodily harm with intent at Southwark Crown Court in London.

A gang of three men and a woman were jailed in December for their role in the attack.

The trial heard that the gang targeted Brar, himself a Sikh, in revenge for his leading role in Operation Bluestar against Sikh militants that left 1000 people dead.

Brar survived the knife attack, which left him with a 12-inch cut across his jaw.

Brar who was on a holiday here returned to India and gave evidence through video link.

He was attacked when he was returning to his hotel after dinner in central London with his wife Meena in September.