Sidhu as Punjab Cong chief not good for party: Amarinder to Sonia 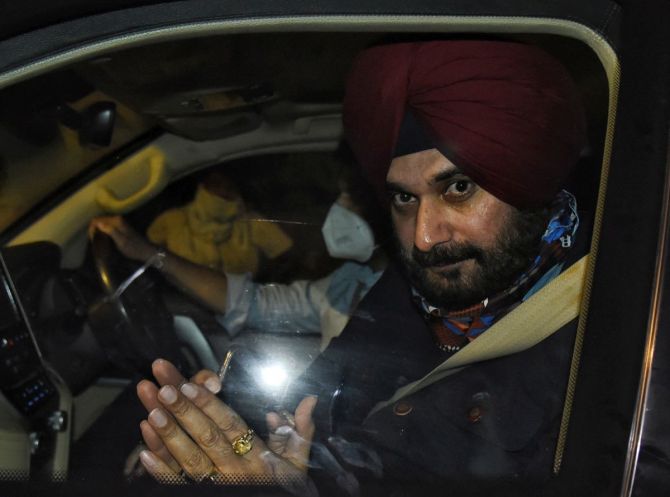 In another development, All India Congress Committee general secretary and in-charge of Punjab affairs Harish Rawat is likely to arrive in Chandigarh to meet Amarinder Singh on Saturday even as suspense over the much-awaited announcement from the Congress high command on the resolution of the infighting in the party's state unit continues.

In a letter to Gandhi, Amarinder Singh is learnt to have mentioned that there could be an adverse impact on the party's prospects in the upcoming and crucial 2022 assembly polls by ignoring the old guard and other senior party leaders representing Hindu and Dalit communities, sources said.

Sidhu, a former BJP MP, had joined the Congress ahead of the 2017 assembly polls.

There are reports that he is likely to be made Punjab Congress chief.

However, Amarinder Singh has expressed his displeasure over Sidhu being given a key post, said the sources.

There is also talk of appointing two working presidents -- a Dalit and a Hindu face to balance the caste equations.

The names of minister Vijay Inder Singla and MP Santokh Chaudhary were doing the rounds for the post of working presidents.

Rawat is expected to meet the chief minister at his farmhouse at Siswan in Mohali on Saturday afternoon, the sources further said without divulging much about the proposed meeting.

Amid continued internal feud in the state unit of the Congress, Sidhu on Friday met party president Gandhi in Delhi.

Congress leader and chairman of Punjab Large Industrial Development Board Pawan Dewan urged the party to have a representation of the Hindu community on key posts in the state unit.

Sidhu has been at loggerheads with Amarinder Singh and he had attacked the chief minister over the alleged delay in justice in the 2015 sacrilege and subsequent police firing incidents. 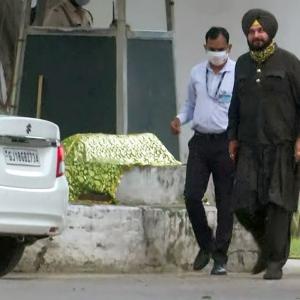 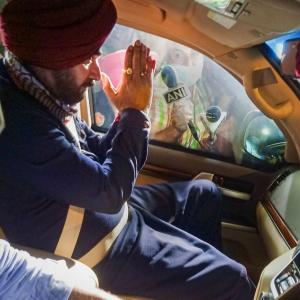