As Home Minister Sushilkumar Shinde was trapped in an embarrassing gaffe by disclosing the names of Bhandara rape victims in Rajya Sabha, his ministry committed a similar faux pas by circulating his statement containing the three names to the media.

Almost an hour after the Upper House expunged the names of the victims of the Bhandara rape incident from its proceedings, the home ministry circulated the text of Shinde's statement to media houses through a press release, apparently unaware of the Rajya Sabha development.

Subsequently, the home minister's entire statement was uploaded on the official website of Government of India's Press Information Bureau. However, the press release was withdrawn after an hour and it was removed from the PIB website too.

Lateron Friday evening, the ministry issued a revised press release with Shinde's statement in the Rajya Sabha but it compounded the embarrassment by incorporating the name of the grandfather of the three victims.

Earlier, Shinde, in a written statement read out by him named the three sisters who were allegedly raped and murdered recently in Bhandara in Maharashtra.

The names had to be expunged at the intervention of the Leader of the Opposition Arun Jaitley who said as per law the victims of rape, that too minors, are not identified and named and their identity should be kept a secret as per the Supreme Court guidelines. 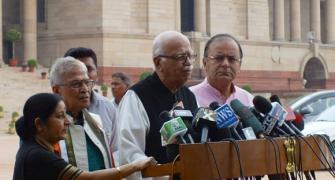 Jaitley not the only BJP leader victim of call snooping 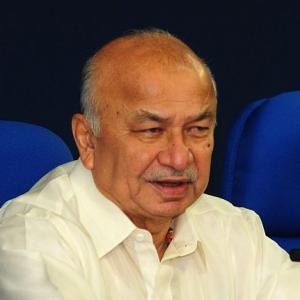