The Eknath Shinde-led Maharashtra government, which came to power after a high-voltage political drama, is completing one month in office on Saturday, but there is still no clarity on when the cabinet expansion will take place. 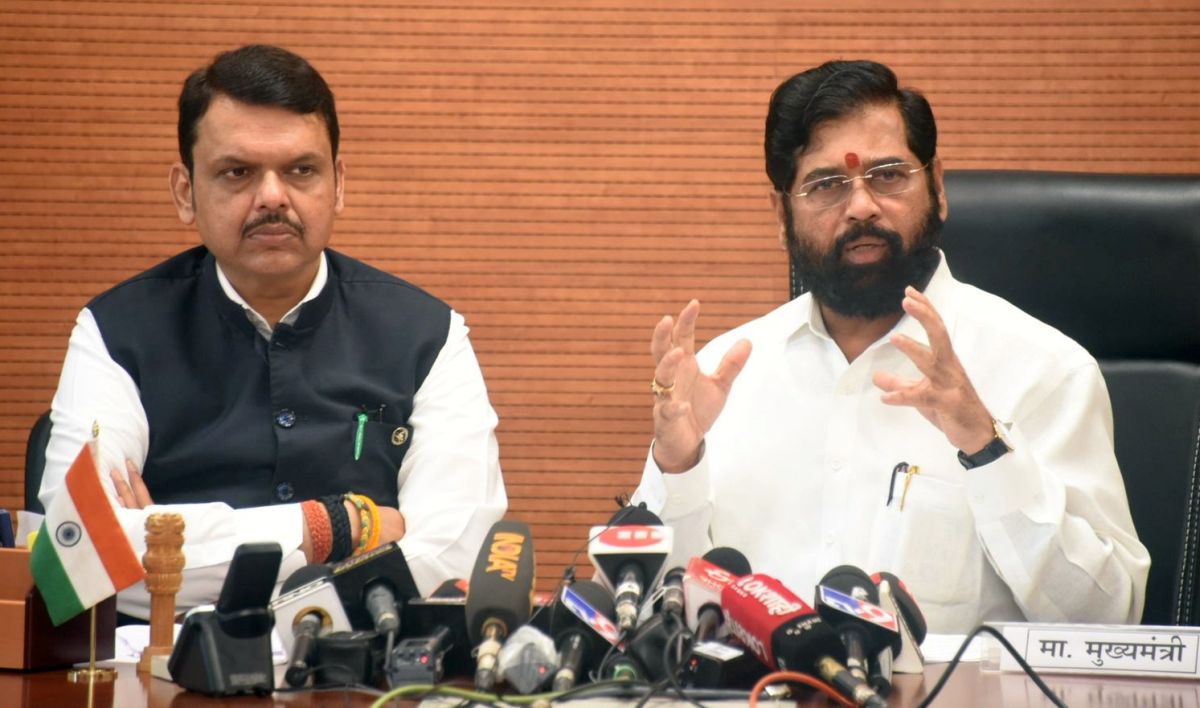 Shinde took oath as chief minister on June 30, a day after Uddhav Thackeray was forced to step down from the post following a rebellion by the majority of Sena legislators led by Shinde. Senior Bharatiya Janata Party leader Devendra Fadnavis was sworn in as deputy chief minister.

The government was formed 10 days after Shinde raised a banner of revolt against the Shiv Sena leadership. Forty out of 55 Sena MLAs sided with Shinde, which resulted in the collapse of the two-and-a-half-year-old Maha Vikas Aghadi dispensation comprising the Sena, the Nationalist Congress Party and the Congress.

After the collapse of the Thackeray government, it was widely speculated that Fadnavis would take over the reins of the state for the third time with the support of the Sena rebels. But Fadnavis sprang a surprise after he declared that Shinde would become the next chief minister and he himself would not be a part of the new government.

But there was more surprise in store as some time later BJP's top leadership asked Fadnavis to become a part of the government as deputy chief minister.

After coming to power, the Shinde government has fast-tracked the Mumbai-Ahmedabad bullet train project, which was kept on the back burner by the previous Thackeray-led dispensation. Two weeks back, Fadnavis had said that all clearances to expedite the project have been given.

The new government also gave a cabinet approval to rename Aurangabad and Osmanabad cities as Chhatrapati Sambhajinagar and Dharashiv respectively. The decision to rename these cities had been taken in the MVA government's last cabinet meeting held on June 29, just before Thackeray resigned.

However, Shinde and Fadnavis had said the MVA dispensation's decision to rename these places was illegal as it was taken by it after the governor had asked it to prove majority in the state Legislative Assembly.

Shinde restored the pension scheme meant for the political activists who were imprisoned during the Emergency imposed in 1975. The decision, taken by the Fadnavis government, had been scrapped by the Thackeray dispensation.
The new government lifted the stay on the construction of Metro-3 car shed in Aarey Colony, a forest area. The decision paved the way for construction of the car shed at the green lung that was stopped in November 2019 following a stay imposed by the previous MVA government.

The Shinde-led dispensation also restored the direct election for the post of sarpanch and municipal council president.

At present, Shinde and Fadnavis are the only members in the cabinet as its expansion is yet to be done. This delay has given ammunition to the opposition parties to target the government.

Talking to PTI, state Congress vice president Ratnakar Mahajan sarcastically said, "It is for the first time in the state's history that a huge cabinet of two members is taking care of the large-scale floods, lack of rain at some places and things alike."

It has never been so pathetic for a political party that it can't have a complete cabinet in a state in a month's time. BJP's overambitious plan has to be blamed for this, he said.

Mahajan alleged that the petition of Shiv Sena seeking disqualification of 16 rebel party MLAs was being heard in the Supreme Court.

"These legislators will save their membership if they merge their group with any other party. If the apex court upholds the whip of the original party, the rebel MLAs will be disqualified. Two-thirds split is not yet seen in the original party," he said.

Apart from the 40 MLAs, the party's 12 out of the 19 Lok Sabha members have also rebelled against the Sena leadership. The break-away group of MPs has been recognized by the Lok Sabha speaker. But the Shiv Sena has demanded that the speaker disqualify them.

He claimed that there was no dispute over allocation of portfolios.

"After a long time, Maharashtra has got a chief minister who is accessible to people 24x7,” he said.

Shiv Sena chief spokesperson and Rajya Sabha member Sanjay Raut told PTI, "There is no government in existence for the last one month. Never before was Maharashtra's prestige undermined in such a manner. The state's honour was compromised. The oath taken by Shinde and Fadnavis is illegal."

The reason for the delay in cabinet expansion can be anything including the ongoing hearing in the Supreme Court on disqualification of 16 rebel Shiv Sena MLAs, he said.

NCP leader and former home minister Dilip Walse Patil said the inability to form a cabinet even after a month shows that the political situation in the state is still fluid.

"Due to rains and floods in several parts of the state, people are facing hardships and since there are no cabinet ministers and guardian ministers, people's issues have been neglected. Maharashtra has never before seen such a situation," he said.

When contacted, state NCP president Jayant Patil said people have been in trouble for the last one month due to heavy rains and floods. The administrative set up has collapsed and hence affected people can't get immediate relief."

There are no guardian ministers because there is no cabinet in place. The administration has no direction, he said.

"There are differences in the Shinde camp because all the 40 rebel Shiv Sena MLAs want to become ministers, while there is unrest in the BJP also as Fadnavis was made deputy chief minister. There is no positive energy about this government," he said. 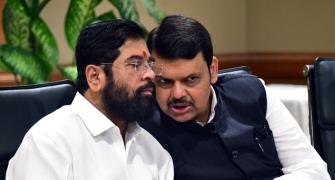 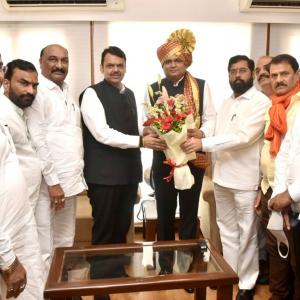 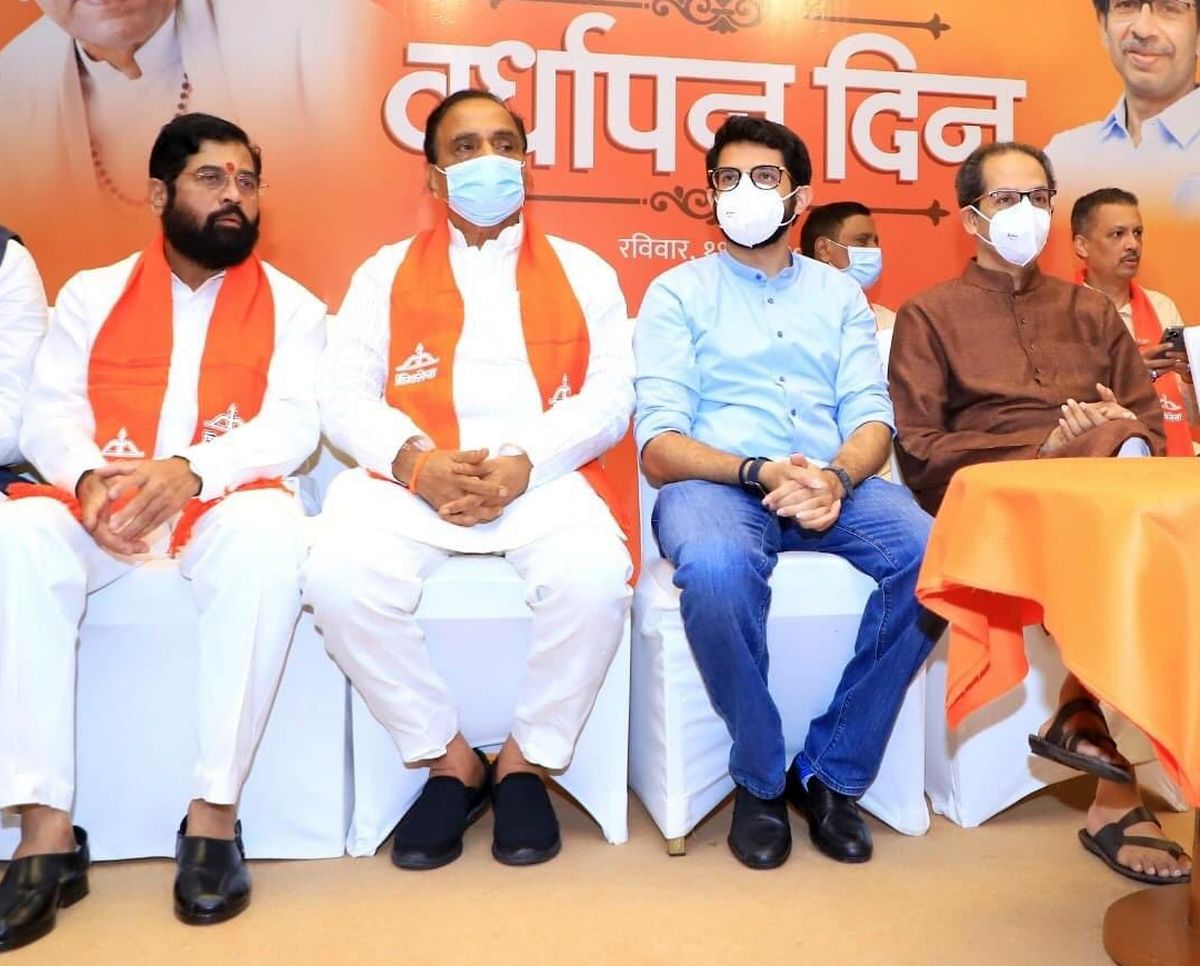