Cautioning that the threat of COVID-19 remains, Prime Minister Narendra Modi on Sunday urged people to shed vaccine hesitancy, and cited his example and of his nearly 100-year-old mother, both of whom are now fully vaccinated, to ask them to trust science and scientists. IMAGE: People wait for their second dose of COVID-19 vaccine, at a vaccination center, in Jammu, on Saturday, June 26, 2021. Photograph: PTI Photo

In his monthly Mann ki Baat broadcast, Modi spoke against vaccine hesitancy, which has been seen in a section of the population, and also talked to some residents of Dulariya village, a tribal area in Betul district of Madhya Pradesh, as they shared fears and doubts being spread about the jabs.

Reassuring people about vaccine safety, he said over 31 crore people have been vaccinated in the country.

"I have myself been vaccinated with both doses. And my mother is close to 100 years of age, she too has taken both doses... Not getting vaccinated can prove dangerous," he added, while speaking on phone to a villager.

If someone says corona is gone, do not be under this mistaken notion, Modi said, adding that the virus ailment is a 'master of disguise' which surfaces in myriad new forms, a reference to its mutants.

"And to protect ourselves from it, we have two ways. One is adhering to the protocol for corona; wearing a mask, frequently washing hands with soap, maintaining social distancing.

"The other way is, along with all this, getting vaccinated. This too is a good safety shield," he said.

Modi hailed the feat of administering over 86 lakh vaccine doses in a single day on June 21 at the start of the new phase of inoculation under which all adults are being given free jabs by the Union government.

With the National Doctors Day falling on July 1, Modi lauded the contribution of doctors in the corona period and said the day has become all the more special this time.

He also paid tributes to Guru Prasad Mohapatra, secretary in his government who died due to Covid recently, saying that the officer worked overtime to make arrangements to ramp up oxygen production and supply during the recent wave even as he was battling the disease himself.

"Corona has snatched him away from us. There are countless people who have never been discussed. Our tribute to every such person would be that we follow the Covid protocol fully, get our vaccinations done," Modi said.

With the Monsoon season gathering pace, the prime minister also stressed on water conservation and likened it to serving the nation.

In this context, he mentioned Satchidanand Bharti of Pauri Garhwal in Uttarakhand, a teacher whose hard work, Modi added, in conserving water has ended the water crisis in Ufrainkhal area of ?the district.

In his broadcast, he also paid tributes and remembered the contribution of Indian sprint legend Milkha Singh, who died earlier this month.

Modi hailed Singh's contribution to Indian sports and said he will always cherish his interactions with the athlete.

Singh died in a Chandigarh hospital after a month-long battle with COVID-19.

He also lost his wife Nirmal Kaur, a former national volleyball captain, to the same disease.

Modi also shared the struggles and triumphs of Olympics-bound Indian athletes and said that people must not build any pressure on these sportspersons but 'cheer for India'.

"Every athlete who is going to Tokyo has worked hard. They are going there to win hearts. It must be our endeavour to support our team and not put pressure on them," he said. 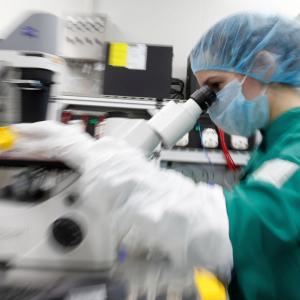