Dr Shafali Jeste is one of the many young, talented and unsung heroes in the Indian-American community. She was recently featured in Science magazine for her cutting-edge research in translating the puzzle of autism into treatment.

The Troy, Ohio-born Jeste, a child neurologist, was recently recruited by the University of California, Los Angeles as a tenure track assistant professor in psychiatry and neurology, with funding from a grant from the National Institutes of Health. She has established a development cognitive and behavioral neuroscience laboratory in the UCLA Center for Autism Research and Treatment.

Autism is a neurodevelopment disorder characterized by impairment in language and social communication, and by the presence of repetitive behaviors and restricted interests. Although usually diagnosed between ages 2 and 3, children often show signs of atypical development in the first year of life. While many patients can make some gains with treatment, autism is a lifelong disorder that can be devastating for patients and their families.

Jeste, 35, told India Abroad that using high-density electroencephalography or EEG and eye tracking, her lab "aims to define cognitive profiles in pre-verbal and non-verbal children with autism and other developmental disorders. These children are usually difficult to assess using standard behavioral measures, and therefore, poorly understood by clinicians."

She has also established "an infant-toddler developmental disorders program through CART, where young children with abnormal development will undergo comprehensive neurological and developmental testing, and then will be provided with appropriate treatment."

She said her goal was "to better understand the neural pathways and cognitive processes that lead to autism in infants and young children. Only by doing so will we be able to design and implement treatments specifically targeted to improve the outcome in these children."

The incidence of autism, she said, "has risen significantly over the past decade throughout the world, with rates in the United States reported as high as 1 in 100 children. Based on worldwide epidemiological studies, it is likely that a similar rate of autism occurs in India, which would mean that almost 2 million Indian children may be affected with the disorder."

She said that Autism Speaks  a nonprofit dedicated to facilitating global research on autism  "has recently funded several studies in India to design and implement culturally appropriate screening tools for autism, and to define the clinical characteristics and trajectories of autism in Indian children."

At present, she explained, "there is no gold standard treatment for autism, and this is due to two major factors. First, the clinical manifestations range widely among children making it nearly impossible to apply a 'one size fits all' treatment. The second related reason is that we still do not understand the cause of autism, although we know that it results from and early disruption in brain connections. When we can define the brain basis of autism at an early developmental stage, we will be able to alter the pathways that lead to this devastating disorder, and, in turn, design treatments that target the source of the impairment."

Toward reaching this goal, she has designed a research program to apply innovative ways to understand the causes and specific profiles in infants and young children with autism.

An alumna of Yale University with a BA in philosophy in 1997, she earned her medical degree from the Harvard Medical School in 2002, and completed a residency in child neurology and a fellowship in behavioral child neurology at the Children's Hospital in Boston.

When she was nearing the end of her residency, she realized her life goal: Extensive research on autism.

"I was just fascinated by them (autistic kids) and I just couldn't believe that we didn't understand what was going on in their brains to make them work like they did and act the way they did."

With a Researcher-in-Training Award from the Child Neurology Foundation, she designed a clinical fellowship in behavioral child neurology, and working with Dr Charles Nelson, a developmental neuroscientist at the Harvard Medical School, she zeroed in on the science for assessing brain activity -- EEG and eye tracking -- to help her understand what led to the formation of neural connections in the brains of infants and toddlers.

Jeste won the American Academy of Neurology's Clinical Research Training Fellowship in 2008, and with continued funding she designed and implemented the ongoing study investigating these early markers of autism in infants and toddlers with Tuberous Sclerosis Complex, and inherited neurological disorder that leads to autism and other developmental disorders.

She is married to Richard Spurling, a tennis professional with an MBA from Babson University. In 2007, the couple founded ACEing Autism, which Spurling directs, which provides tennis lessons to autistic children. The nonprofit serves over 100 children in the Boston area and the couple has launched the program in Los Angeles through a partnership with UCLA.

Jeste's parents, Dr Dilip V Jeste and Dr Sonali D Jeste, are both physicians with psychiatry as their specialty. She has a sister, Neelum D Jeste, who is completing her medical school at the University of California, San Diego, and plans to pursue a career in pediatrics. 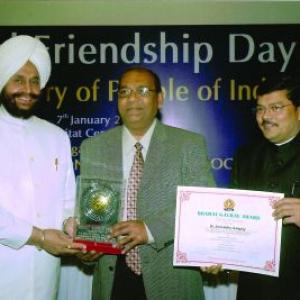